Debbie Lum ’91, always found it creepy that some non-Asian men fetishize Asian women, a phenomenon called “Yellow Fever.” In Seeking Asian Female, Lum films dozens of men describing their obsession. Things get complicated, though, when she spends time with sixty-year-old Steven and thirty-year-old Sandy, who leaves China to marry him. As Lum becomes their couples counselor, the film focuses on her as well as on Steven and Sandy, whose humor, courage, and honesty confound stereotypes. Seeking aired on PBS’s Independent Lens in May and is now available on DVD. 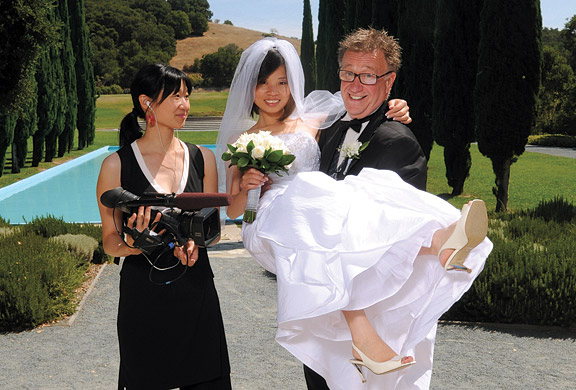