Quincy Tyler Bernstine ’96 recently starred in an extended run of Mr. Burns, A Post-Electric Play at New York City’s Playwrights Horizons, a departure from her from past roles in Ruined and Far From Heaven. For much of Mr. Burns, Bernstine (at the wheel, above) wore a Bart Simpson mask.  In the futuristic world of the play, actors reenact what little they recall of pre-Apocalyptic theater, namely the “Cape Feare” episode of The Simpsons, in which a murderer tries to kill Bart. 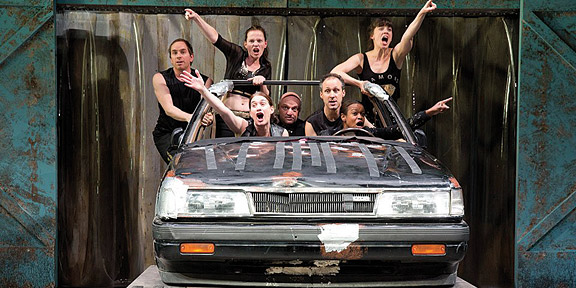