When I was young, I assumed that education happened on a strict timeline, a series of steps ending with some kind of advanced degree. After climbing onto the conveyer belt in kindergarten, I had little to do with the process. All I had to do was not fall off. Although I was not in any sense an active, engaged learner, high grades and standardized test scores came easily to me. Learning really had nothing to do with it; performance was all. Then I was seventeen, a Class of 1968 freshman at Colby, at which point grades and scores became more challenging; by then, I was sick of performing and still profoundly incurious about the subject matter of my classes. Eventually, sporting a GPA of 1.6, I bailed in 1966 and started work as a secretary at Brown. 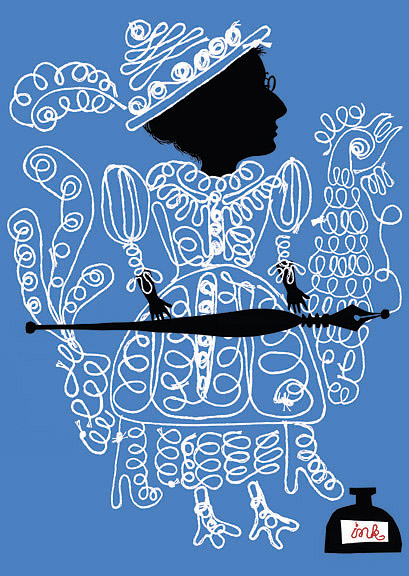 I had worked there in previous summers—starting with J. Walter Wilson (the man, not the building), and then found work in other departments. Brown was like home to me. I had lived on campus in the late 1940s while my dad earned his math degree and we lived in Brown Town, a collection of Quonset huts in Aldrich Dexter field that were specially constructed for returning GIs and their families.

I was comfortable at Brown, and now, what a relief it was to work from 9 to 5. I could go home and read whatever I wanted to and not have to prove to anybody that I had done it, or remember anything I didn’t think worth remembering. I loved working; the people were nice and the tasks so dull that I could perform them without great thought and with zero anxiety. My mind could wander at will. I wasn’t a student any more; I was a townie, and that was just swell. After a few years, I left Brown and became a legal secretary downtown, dabbling in paralegal work. The pay was better and the work marginally interesting.

Slowly I came to realize that I was spending my days typing and perfecting paragraphs and bullet points that no one would ever read, sentences that existed only to be filed away against the contingency that someday they would be of use. Enclosed please find [some stultifying legal document]. (And there was that silent desperate please…)

The job began to haunt me. I could live with being a paper-pusher, and boredom wasn’t the issue, not really, since I could always daydream while working. It was all those words mummified in dusty cabinets, cabinets shunted into cluttered storerooms. One day, when I was twenty-seven, I was strolling down Westminster Street on my lunch break and heard something odd. I was talking to myself. Not that there’s anything wrong with that, except I was practically yelling.

At the time, when I wasn’t transcribing Dictabelts I read constantly, sometimes two or three junk novels in a day. But occasionally I’d dip into something worthwhile. And so it came to pass that one evening I read “Bartleby the Scrivener.”

If you Google “life-changing books,” you’ll find no end of lists: Madame Bovary, The Confessions of St. Augustine, The Collected Poems of Wilfred Owen. My life was changed by a short story about a scrivener, the nineteenth-century equivalent of a legal secretary, who has been debilitated by years toiling in the Dead Letter room of a Washington post office. “Conceive a man by nature and misfortune prone to a pallid hopelessness, can any business seem more fitted to heighten it than that of continually handling these dead letters and assorting them for the flames?” He recovers from a nervous collapse, takes work for a Master of Chancery on Wall Street, shuts down entirely, and thereafter refuses to copy another word. He stares at the office wall and will not be moved, except, in the end, by the people who take him away. I read this story and understood it completely. I had to change my life.

This sounds histrionic, but it is true.

Until I read “Bartleby,” I had not even considered going back to college. Now, suddenly, I knew I had to. I can’t explain this intuitive leap: returning to school had nothing to do with career aspirations. This was 1976; workers weren’t forced to go back to school simply to remain employable. I’m not the sort of person to whom such things happen, but “Bartleby” spoke to me. It was just as Hector, that great teacher in Alan Bennett’s The History Boys, describes:

“The best moments in reading are when you come across something— a thought, a feeling, a way of looking at things— that you’d thought special, particular to you, and here it is, set down by someone else. A person you’ve never met, maybe even someone long dead. And it’s as if a hand has come out and taken yours.”

I just had to learn. If I didn’t, I’d be lost. There was suddenly so much to know.

Because I lived in Providence and was unwilling to move, I applied only to Brown. The Resumed Undergraduate Education (RUE) program was pretty new at that time. Had it not been for RUE, I doubt that I would have been admitted. For RUE students, admission didn’t depend on SAT scores (some of us had never taken the SAT). I don’t know if my ancient high school grades were factored in, and of course my college record was horrible. Perhaps there was an element of self-selection to it, as though the very act of applying showed we were suitably imaginative. And I have no idea if RUE admissions standards have changed since 1975. If they have—if it’s harder to get in now than it was back then—I must count myself doubly lucky, to be the age I am now, to have taken that leap when I did.

Resumed Undergraduate Education allows people to learn when they’re good and ready. Not all high school graduates are ready. I certainly wasn’t. And many more can’t afford the time or money or both; they’ve started families, joined the armed services, gone to work to support themselves. Studies show that older undergraduates acquit themselves well scholastically, on par with and sometimes exceeding the performance of younger students. Maybe it’s because we’re not distracted by social anxiety. Or maybe it’s because we’re so grateful to be there, at a full stop, learning.

I hope the RUE program continues to flourish. I’ve made more of my life than I would have, thanks to RUE and to Herman Melville.

Jincy Willett Kornhauser, widow of Professor Edward Kornhauser, is the author of numerous novels and short stories, including Jenny and the Jaws of Life, Winner of the National Book Award, The Writing Class, and Amy Falls Down, which will be published this summer. This essay is taken from The Brown Reader: 50 Writers Remember College Hill, which will be published in May to celebrate Brown’s 250th anniversary.

Reader Responses to Bartleby at Brown