Alex Myers ’03 AM on fictionalizing his ancestor Deborah Samson.

BAM So Deborah Samson Gannett is your ancestor? 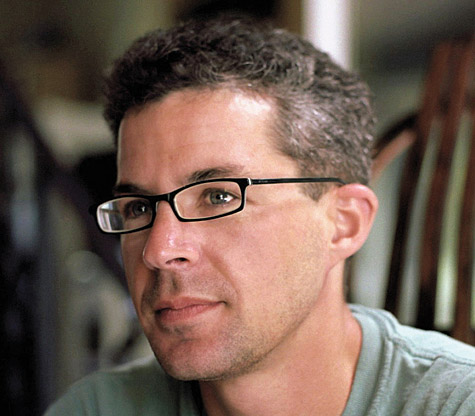 AM I come from a Jewish/WASP family. Myers is a good old 1890s immigration name. My mother’s side is classic New England WASP. Her mother and father were a notable Mayflower marriage, because they were the descendant on one side of John Alden and the descendant on the other side of Miles Standish. My grandmother loved the DAR, the Mayflower Society, and genealogy. When I went over to her house I heard fascinating stories—I’m sure much embroidered. My grandmother was very much outspoken and bold in her own way, and she liked Deborah Samson’s story. My grandmother spoke of her as a patriot, as courageous, a bit mischievous, and persistent, all traits my grandmother admired and embodied.

BAM Of all your grandmother’s stories, why did you choose to write about Deborah?

AM On a basic level, she was something of an inspiration to me. When I came out in ’95, the word “transgender” was not in great circulation. It was convenient to be able to say, half-jokingly, “Look, it runs in my family. I have this ancestor who lived as a man for a couple years.” If she could enact such a change in 1782, then I could certainly do it in 1995.

BAM Would you describe her as transgender?

AM I don’t think she was transgender. Her story is, to me, about identity, and what would have been allowed to a woman as identity. Deborah lived—in her own words, or in the words of her biographer—within a constrained sphere. There were only a few things she could do as a woman. I don’t think she had any real desire to be a man. But I do think she had a real desire to do what she pleased. And, in the eighteenth century, the only people who could do what they pleased were men.

BAM How did you approach fictionalizing her character?

AM I wanted to be true to the character of Deborah as I understood her. After that, I don’t think the details matter so much. To her biographer, she recounted only tales of glory and excitement, but much of her time in the army must have been either terrifying or deadly boring. And I felt like, you can’t make a coat out of shiny buttons. You have to have the fabric in between. I wanted to make that fabric.

Reader Responses to Weaving the Fabric