In a famous scene from The Graduate, a businessman tells Dustin Hoffman that his future success can be summed up in one word: plastics. If that scene were shot today, says Tyler Benster, the advice would be conveyed in two words: 3D printing. 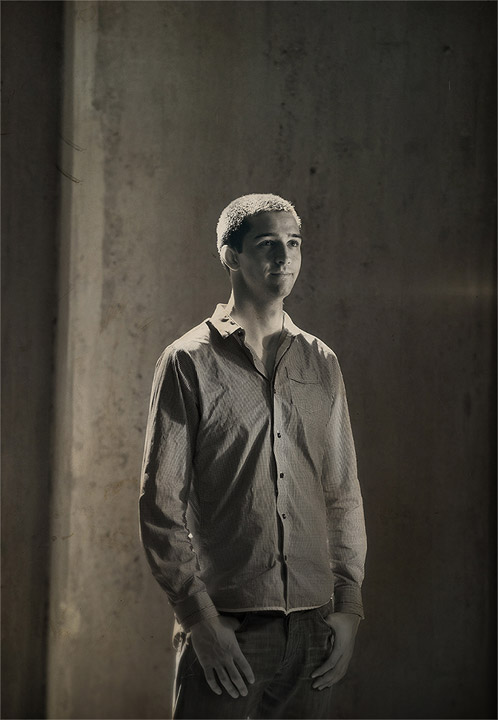 Benster is convinced that a future golden age will ride on this fast-spreading, cutting-edge method of creating three-dimensional objects using only a printer. His LinkedIn profile describes him as a “3D Printing evangelist.” In his senior year, along with Lucas Eggers ’13 and two friends at other schools, he started a 3D printing company called Azavy. At the same time, Benster also managed to become one of the Ivy League’s top track stars, excelling at the 800-meter run.

Benster grew up in suburban Seattle, where his father was a software programmer. Family legend has it that Benster’s first words were not spoken but typed on a computer keyboard. Sitting in his father’s lap, he typed out “dada.” In high school he bought a kit for building an early prototype of a 3D printer known as the RepRap Darwin, part of a project started in England to make a “self-replicating” printer that could print a copy of itself. It promised the “democratization of manufacturing,” says Benster, where 3D printers would be cheap enough for anyone to create their own goods and products in their homes. Benster never got his Darwin to work, but, he says, “I had accidentally acquired some expertise in this field without understanding at the time its significance.”

In his freshman year, Benster joined the swim team. By junior year, he found he lacked the motivation to continue. “I wasn’t happy swimming,” he says. “You can’t spend that much time doing something when you’ve lost the passion.” With his coach’s encouragement, he switched to track. At the Ivy League Heptagonal Outdoor Track and Field Championships in May, he won third place in the 800-meter, posting a 1:49:72 time, the third fastest in Brown’s history.

Benster’s company, Azavy, was an online store in which designers could sell objects they created with 3D printers. But instead of buying the goods, customers bought the designs and were paired with a nearby 3D printing service so they could produce the objects themselves. An effort “to bring 3D printing to the masses” was how Azavy described itself. To start, the site planned to sell designs for shot glasses, bowties, specialized scientific equipment, and other “tchotchkes,” Benster says. The company won a $15,000 cash grant in the Rhode Island Business Plan Competition.

Sometime last year, though, Benster had what he calls an “oh, crap” moment. He realized that it was still significantly cheaper to buy things in a store than to print them out on your own. Also, there were still real limits to what 3D printers could do. Sure, they could create a shot glass, but they couldn’t make it safe to put in a dishwasher.

“We had a business, but we had no revenue,” Benster says. “Our business model failed.” Come the spring, Benster closed the business and put himself on the market as a consultant to 3D printing companies. He was hired by several companies and is currently organizing several industry conferences.

He’s still bullish about 3D printing, but thinks it will be a few more decades before we arrive at the promised third industrial revolution. Large-scale commercial manufacturing has become so cheap, he says, there’s no way 3D printing can compete on price for the average consumer. For the time being, the technology is going to be used primarily by businesses that need highly specialized parts on a relatively small scale.

“I still do think my idea for Azavy will work,” he says, “but right now it’s unrealistic.”

Reader Responses to The Techno Evangelist