Suspicious Minds: How Culture Shapes Madness by Joel Gold ’91 and Ian Gold (Free Press).
In 2003 Joel Gold, a chief attending psychiatrist at New York City’s Bellevue Hospital, began noticing a steady trickle of patients who believed that they were being filmed, as in The Truman Show, and that everyone around them was acting out a script. Gold wondered to what extent culture influences mental illness. Written with his brother Ian, a McGill psychiatry and philosophy professor, this readable book suggests delusions can’t be explained through neurobiology alone and are also textured by the world we inhabit.

For the Love of Baseball: A Celebration of the Game That Connects Us All, edited by Lee Gutkind and Andrew Blauner ’86 (Skyhorse).
You won’t find any big-game sagas in this supple collection of twenty-three baseball essays, but you will find plenty of intriguing backstories. In addition to essays by Gay Talese, Roger Angell, and Kevin Baker, highlights include George Plimpton’s meditation on aging, Caitlin Horrock’s encounter with Finland’s version of the game, and Frank Deford’s ode to the baseball cap. 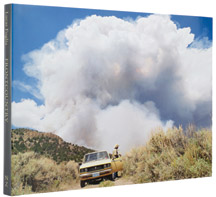 Frontcountry by Lucas Foglia ’05 (Nazraeli).
From 2006 to 2013 Foglia traveled Wyoming, Nevada, Idaho, Texas, and New Mexico, photographing their vast landscapes and the people who inhabit them as much of the region makes a slow shift from ranching to mining. Landscape is nearly always the main character in these sixty-one photos, with horizon lines and huge pale skies that make the people before them look at once resolute and vulnerable. The vistas and portraits resonate long after you’ve looked away.

Understanding Language Use in the Classroom: A Linguistic Guide for College Educators by Susan Behrens ’84 AM, ’89 PhD (Multilingual Matters).

Learning in the Plural: Essays on the Humanities and Public Life by David D. Cooper ’77 PhD (Michigan State University Press).

Revisiting Armageddon: Asteroids in the Gulf of Mexico by Raymond A. Covill ’53 (Brighton Publishing).

Brooklyn Local: Essays on Growing Up Jewish in the 1930s and ‘40s by Mordecai K. Rosenfeld ’51 (Poetica Publishing Company).

Cataloging the World: Paul Otlet and the Birth of the Information Age by Alex Wright ’88 (Oxford University Press).

Waitin’ For The Train To Come In: A Novel of World War II by David Garnes ’63 (CreateSpace).

The Scrolls of Nef by Gary Glickman ’81 (Hand to Hand Press).

The End of the World by Sushma Joshi ’97 (Sansar Media and Publications).

I Am Having So Much Fun Here Without You by Courtney Maum ’01.  (Touchstone).

The Appetites of Girls by Pamela Moses ’92 (Amy Einhorn Books).