As alumni returned to campus during the last weekend of September to celebrate the University’s 250th anniversary, the Brown Alumni Association (BAA), joined by President Paxson, gave out its thirty-first batch of annual awards, recognizing alums for giving back to the world and to Brown. 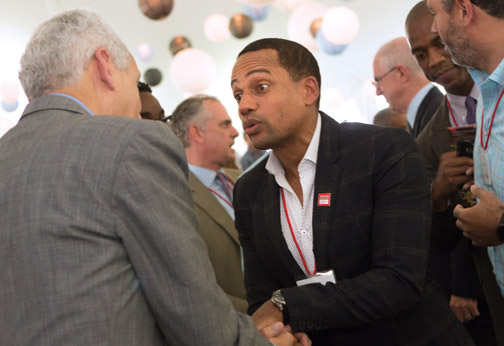 William Rogers Award
Considered the BAA's highest honor, this award is given to a graduate who best embodies the Brown Charter's admonition to lead a life of "usefulness and reputation." Hill Harper ’88, this year's recipient, is not only an award-winning actor (CSI:NY), but a popular author and philanthropist.His four nonfiction books are aimed at supporting and inspiring prisoners and disadvantaged youth to also lead useful and reputable lives.

Joseph M. Fernandez ’85 Award
Given in memory of the late BAA president, this award recognizes a commitment to diversity and collaboration within the University community.
Augustus A. White III ’57

Nan Tracy ’46 Award
For distinguished service to his or her class.
Sidney E. Okashige ’67

Brown Annual Fund Class Participation Award
For the undergraduate class that achieves the highest participation in giving to the BAF.
Class of 1959

2014 Class of the Year Award
For the class that most effectively engages its members.
Class of 1974