Keeping Up With Change

As Brown’s new provost, Vicki Colvin’s job is to help realize Brown’s future. With an undergraduate degree from Stanford and a PhD from UC Berkeley—both in chemistry—Colvin approaches her job with the analytical mind of a scientist. 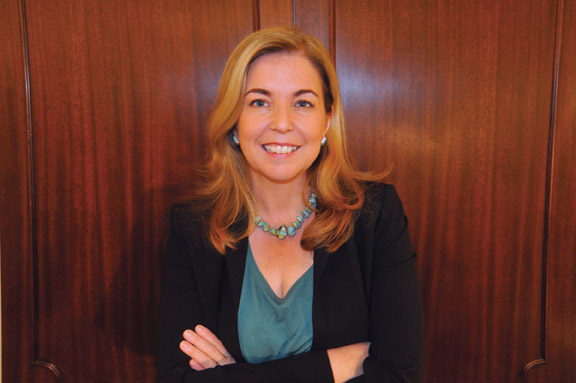 It’s clear that reaching this goal would transform almost everything about the University’s academic life. Asked to imagine Brown ten years from now, Colvin replies that it will have as many as twenty top-ten departments in the world, peopled by faculty members with “globally recognized names.” The graduate program will be larger as students are drawn to work with the top researchers in their fields. The physical campus will expand to support the infrastructure that will attract the best faculty members, facilitate their research, and provide the spaces to collaborate across disciplines.

But how would this emphasis on research affect what Colvin calls Brown’s “crown jewel,” its undergraduate educational experience, which, she says, is already recognized as one of the best in the world?

That’s the challenge, she admits: “It’s a little bit insane to say we’re going to keep the undergraduate experience identical and we’re going to grow research.” For example, she says, “If you’re one of the best scholars in your field in the twenty-first century, you’re going to be traveling a lot to visit funding agencies and attend international conferences. That’s difficult to do with a semester-long class that’s fourteen or fifteen weeks long. Many of our peers have gone to a quarter system or a modular system that doesn’t require a semester-long commitment.”

Colvin insists that a beefed-up research university will improve life for undergraduates. It will ensure that they are learning from top scholars who can expand the increasingly important learning that happens outside the classroom through such things as independent research, experiential learning, and professional internships.

“Brown,” she says, “is known for its eclectic and independent students and a culture that respects the teaching of those students. We’ll get people to come to Brown instead of Yale because of that teaching, not in spite of it.”

Reader Responses to Keeping Up With Change