“An archaeology of time and visual culture” is how a new monograph describes the art of Lisa Oppenheim ’98. Well known for her distinctive use of innovative technologies and unusual materials to create photographs and videos—including flame, lace, and slices of wood—she often utilizes digital technologies to reinterpret historic images. Curators at the Art Gallery of Ontario (AGO), in Toronto, where her work is being honored this year, said that “the process itself becomes source material, as Oppenheim gives photographic images new forms and new contexts.” 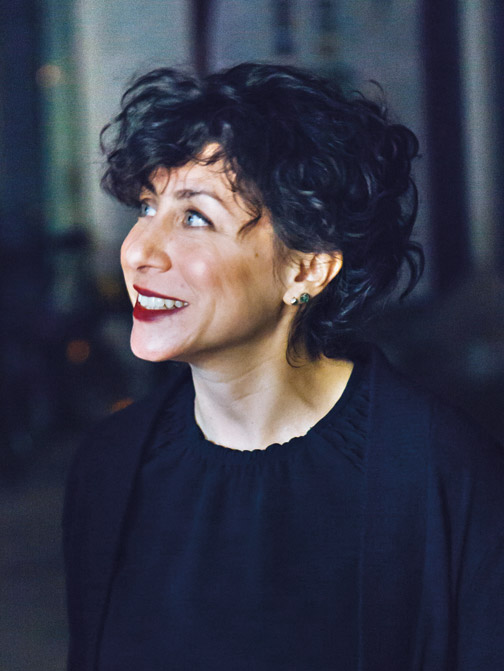 Courtesy Lisa Oppenheim
Oppenheim wants viewers to ask, "What am I looking at? How is it made?"

In October, Oppenheim, who lives in Brooklyn, won the $50,000 Aimia/AGO Photography Prize, Canada’s largest contemporary photography award, which recognizes “extraordinary potential” over the preceding five years. The winner was chosen over three other prominent photographers by an online vote. “The American Idol approach is a little odd,” Oppenheim says, “but it’s an honor to be nominated.”

For her Smoke video installation at the Art Gallery of Ontario, which is part of an exhibit of works by the four finalists, she explains: “I want the viewer to ask, ‘What am I looking at? How is it made?’ Somehow, that provides a way of critically reading how images come to all of us through our daily lives.”

To create Smoke, Oppenheim started with downloaded images of volcanic eruptions and industrial pollution, transferred the videos to film, and used the negatives to make prints. She exposed the prints to the light of an open flame before scanning them to a video format where light and dark are reversed. 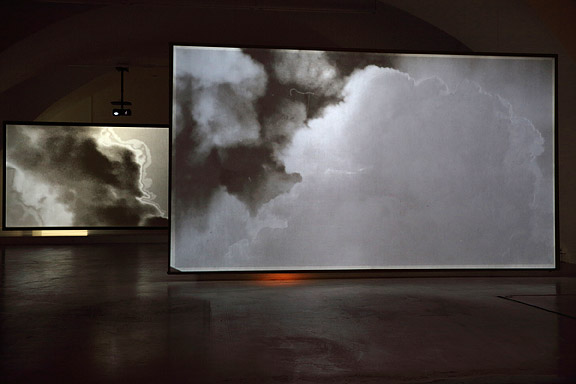 “The root of everything I do is based on things photographic or filmic and then branches out from there,” Oppenheim says. “I look at different things, Googling and in the real world as well. I use fabric, lace, slices of wood as negatives…, just materials that are part of everyday life, stuff that I encounter. Wood is a different way of seeing something that you see all the time. I’m looking at my hardwood floors right now, but I’ll try to leave them alone,” she jokes.

Oppenheim studied art and semiotics at Brown, where a film production course with Professor of Modern Culture and Media Studies Leslie Thornton was a turning point. “She was a really important inspiration,” Oppenheim says. “She showed a model for being an artist that made sense to me.” Thornton helped her develop an artistic sensibility that was rooted in, but not limited to, an academic approach. “We still keep in touch,” Oppenheim says. “My studio is right next to where she lives.”

Oppenheim’s work has been shown recently at the Museum of Modern Art in New York City, and in solo exhibitions in Europe. Her work can be seen in the Aimia/AGO Photography Prize 2014 Exhibition through January 4, 2015, and in two upcoming group shows: one at the Getty Center in Los Angeles, the other at the Guggenheim Museum in New York City. Her first monograph, Lisa Oppenheim: Works 2003–2013, was published recently by Sternberg Press.