The Author's the Thing

Publisher Stephen Sultan ’53 follows a simple motto when it comes to the business of theater: “If the play is good, it is commercial.” 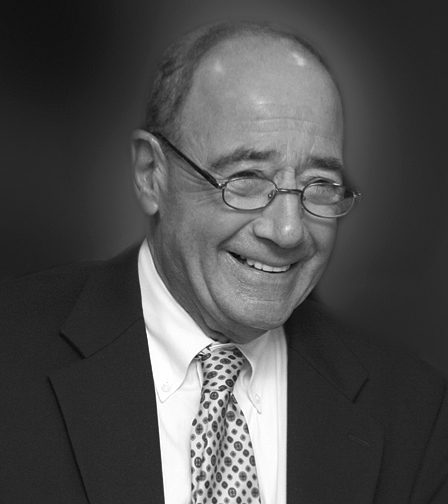 Sultan made quality his first concern during his twenty-one years as president of Dramatists Play Service (DPS), which publishes and licenses the acting editions of plays. During his tenure, the DPS acquired plays that won a total of seventeen Pulitzer Prizes and sixteen Tonys. Sultan retired at the end of 2013 but continues to serve DPS as president emeritus.

Sultan was already schmoozing with performers during his time at Brown. He was a DJ at WBRU, which at the time was a campus-only station transmitted through the telephone lines. After connecting with the owner of a North Providence nightclub, Sultan landed interviews with Louis Armstrong and Sammy Davis Jr., both of whom he interviewed, he says, “with a studio audience up there at the top of Faunce House.”

While at Brown, Sultan also started to make headway into the field of theatrical representation. He regularly traveled from Providence to New York City to meet with Harold Freeman, a well-known play agent he met through his mother. “He would give me plays to read and critique,” Sultan says. “He would also give me fractions to compare since percentages are important in negotiations.”

Sultan says theater interested him because, unlike film and television, the writer maintains full control of the material and its productions. “I’ve always had great admiration for writers,” Sultan says. “I think it’s difficult and lonely, and writers have the most need for self-discipline in the arts.”

After Sultan graduated, he was drafted into the army for eighteen months, spending his time at Fort Dix in Trenton, New Jersey. After earning a law degree at Cornell, he worked for Music Corporation of America (MCA). He says he learned the business from the play agents Audrey Wood (who represented Tennessee Williams) and Kay Brown (whose clients included Arthur Miller).

Sultan became president of DPS in 1992. One of the main things he looked for in a play was an indirect message on a universal theme. In a good play, he says, “The playwright doesn’t give you the answers to the problems that they put out there on the stage. They let you, as the audience, come up with your own answers.”

Sultan says he also published at least thirty Brown alumni playwrights during his time at DPS, including Lynn Nottage ’86, Ayad Akhtar ’93, Nilo Cruz ’94 MFA, Paul Grellong ’01, and Quiara Alegria Hudes ’04 MFA. Sultan says he was “openly prejudicial” toward playwrights from his alma mater due to the leadership of Paula Vogel, the Pulitzer Prize–winning playwright and former head of Brown’s playwriting program. “Chances are,” Sultan says, “if they worked with Paula, they were damn good.”

Sultan now splits his time between the California desert and Upper Grandview, New York, regularly visiting the city to feed his addiction to good theater. He says he misses New York City, but now has extra time to watch the birds in the backyard of his southern California home.

Reader Responses to The Author's the Thing