How to Talk to Teens

Sandra Kimokoti played basketball at her high school in Nairobi, Kenya, and when she arrived at Brown she looked for a recreational league to keep her skills up. When she couldn’t find one, she took up rugby instead. It not only became an enduring passion, it became a vehicle for her social activism. In the summer of her junior year, she used rugby to teach Kenyan girls sex education. 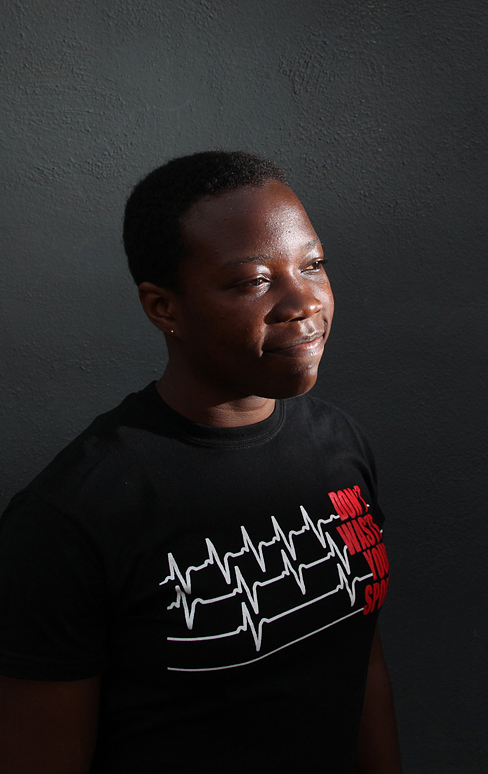 Dana Smith
Sandra Kimokoti '15.
Though Kimokoti spent most of her youth in Kenya, her last two years of high school were in South Africa at the African Leadership Academy, a prestigious private school in Johannesburg that draws students from across the continent. The school placed a special emphasis on pairing learning with community engagement. If she’d returned to Kenya for college, she knew she would have had to choose a profession or specialty right away. She wanted a broader education than that. When she went online and typed in her criteria—a flexible curriculum, the opportunity to take classes in diverse subjects—Brown popped right up.

Kimokoti wasn’t allowed to play rugby in Kenya. The principal of her school didn’t believe it was an appropriate sport for girls. At Brown she fell in love with it. “I just love to hit," she says. She also found it helped her overcome the social barriers between herself and her American classmates. "It's such a hodgepodge of people who come together and play," she says. "Nobody cares where you're from as long as you can hit someone and you're fast. You need strength and speed, and that's all that matters."

Kimokoti organized her trip to Kenya to teach rugby through a Royce Fellowship. She chose the area of western Kenya where her mother grew up, and settled on the town of Kitale, just east of the Ugandan border. Within days after her arrival, Kimokoti had the Nyabomo Secondary School’s rugby team up and running. In between grueling practice sessions, she led discussions with the girls about AIDS, teenage pregnancy, sexual violence, balancing school with housework, and setting personal goals.

Kitale is a farming town where homosexuality is a taboo topic. If HIV is discussed at all, it’s done in private. Kimokoti was careful not to break any of these social norms. "You can't take what's important at Brown,” she says, “and force it on a community where these things are not talked about."

Still, the conversations were rich and went well beyond the abstinence-only curricula taught in many Kenyan schools. Because women are so often banned from playing rugby, the girls were already running against the social norms. "You take down physical barriers, Kimokoti says, “then the mental barriers begin to fall, too."

Although Kimokoti was a biology concentrator, she wants to pursue a career in business. For now she’s working for a Kenyan consulting company, but she plans eventually to return to the United States to attend business school.

As for rugby, she says, "Hopefully, I will find a way to keep playing."

Reader Responses to How to Talk to Teens