The Next Big Fruit Juice?

Get ready: the gac could be the next big thing in fruit. A coconut-sized, strawberry-red bulb, it grows on vines throughout Southeast Asia and China. Its prickly skin is poisonous, but inside are edible chunks of slightly sweet pulp. As it turns out, the pulp is rich in carotenoids, which have been shown to reduce the risk of heart disease, eye disease, and certain cancers. Nutrition supplement companies and fruit juice makers are already calling gac “a super fruit” and “the fruit from heaven.” 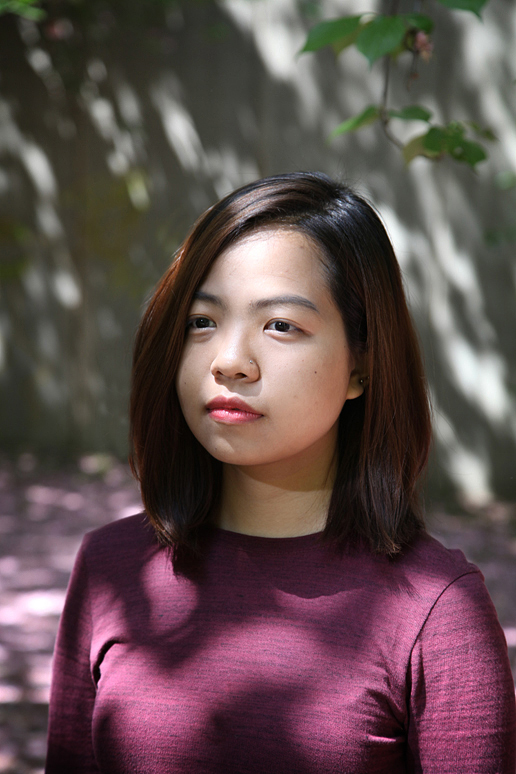 Dana Smith
Linh Tran '15.
For the last two years Linh Tran ’15 has been asking how the people of the Vietnam’s Central Highlands can get in on the profits. Tran grew up in Ho Chi Minh City, or Saigon, where her parents worked for a state-owned oil company. She belongs to the Kinh ethnic group, the country's largest. As the majority, the Kinh have benefited from the country’s economic success, but other ethnic groups, such as the Hmong and Ede, have been less fortunate.

According to the World Health Organization, the average income among Vietnam’s ethnic minorities is one-sixth of the national average. In 2010, these groups accounted for 70 percent of the people living in poverty, even though they make up less than 15 percent of the population. In the summer of her sophomore year, Tran traveled to the Central Highlands hoping to find a way to help residents there. She noticed gac vines growing in many backyards for use at ceremonial or festive occasions during December and January, when the fruit is in season and is added to rice for flavor and red coloring.

A year later, with the help of both Royce and Social Innovation fellowships, Tran returned to the region to study Vietnam’s international and domestic food markets. Working with classmate Myron Lam ’15, she learned that some of the locals sold their gac—but to middlemen, who then transported it to markets around the country. The growers had no idea how much money was being made on their fruit. Not that it mattered: there was no alternative form of distribution. “They don’t have the resources to bring” the gac to market on their own, Tran says.

Forming a company called Xoi Juice, Tran and Lam developed a long-term strategic plan to sell gac to United States companies in five to six years, thereby generating potential revenues of $8 million. The fruit would be sold in extracted form and added to juice. Once the taste is established, Tran and Lam hope to sell the entire fruit on the wholesale market, with growers playing a major role in setting its price.

Tran and Lam have won an Embark Post-Graduate Fellowship​ from Brown so they can return to the highlands after graduating. The Fellowship, in its first year, supports socially conscious entrepreneurship. Eventually Tran hopes to return to America to earn an MBA.

Reader Responses to The Next Big Fruit Juice?