Too Quick to Judge?

Growing up in Mesa, Arizona, a sprawling suburb of Phoenix, Hannah Begley ’15 read a lot, often checking out a dozen books at a time. “I would read them all in two days,” she says, “and go back and get twelve more.” Even though her family’s income was low, she says, her parents always made sure there was enough money for academic-related extras, especially when the Book Fair came around. 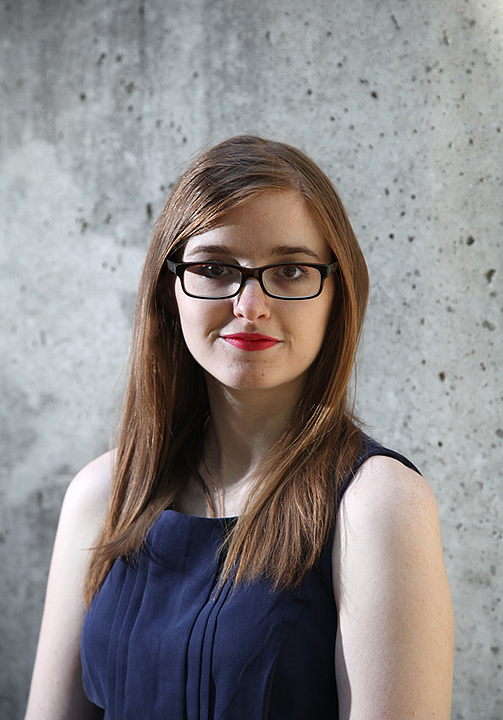 Dana Smith
A paper Begley wrote with one of her professors was cited in an amicus brief before the U.S. Supreme Court.
Sometime during all this reading, Begley made a plan. “When people asked what I wanted to be when I grew up, I would either say ‘Supreme Court Justice’ or ‘lawyer.’” In high school, “Debate was the thing I was most passionate about,” she says. In fact, she excelled in it, placing in the top three at the state tournament each year (she took first as a senior) as well as qualifying for Nationals. She was offered a Flinn Scholarship, which grants a free ride at any of Arizona’s public universities, but she decided to try for an Ivy.

Compared to the other schools she considered, she says, “Brown was a much more relaxed environment, where people really wanted to succeed and were passionate, but were cooperative and happy to see their friends do well. I wanted that.” She gravitated toward a concentration in political science and also focused on philosophy and psychology.

The summer before her junior year, Begley worked as an intern Student Case Analyst at the Arizona Justice Project, a nonprofit that helps wrongfully convicted prisoners. She read through case files and police reports, procured legal documents, directed private investigators, and visited clients in jail, to try to determine their guilt or innocence. “Cases would be fully assigned to me,” she says. “I would have this person’s whole fate as solely my responsibility.”

While working at the Arizona Justice Project, she noticed a curious trend: people seemed to be convicted on child pornography charges based on extremely weak evidence; often they received long sentences, even life, for questionable convictions. Speculating that juries might be quicker to convict in certain types of “taboo” crimes, Begley decided to investigate this more rigorously in her senior thesis. Instead of simply reviewing cases, however, she joined with Assistant Professor of Cognitive, Linguistic, and Psychological Sciences Fiery Cushman, in whose moral psychology lab she had been a research assistant, to develop a series of experiments to test her hypothesis. “It was,” Begley says, “the first-ever experimental thesis in the political science department.”

Participants in the study read through hypothetical crime scenarios, then judged guilt or innocence. The experiments supported Begley’s assumptions. As she wrote in her thesis, “This form of jury bias is socially motivated, likely based on a desire to boost one’s moral reputation within the dominant moral community.” In addition, Begley has written a couple of papers with professors that she expects will be published in journals—one with Professor Cushman on their experiments, another with Visting Professor of Political Theory Steven Calabresi on same-sex marriage that she was thrilled to learn was cited in legal briefs sent to the Supreme Court, of which Calabresi was a co-author.

Law school is definitely in her future, she says, but she wants to build up some savings first. She’ll soon start a job as a paralegal at the law firm Sidley Austin LLP in Washington, D.C., where she’ll work exclusively on pro bono cases.

Reader Responses to Too Quick to Judge?