In the much-lauded Broadway show Hamilton, rapper and actor Daveed Diggs ‘04 plays both the Marquis de Lafayette and Thomas Jefferson. Inspired by Ron Chernow’s biography of Alexander Hamilton, the musical uses hip-hop to tell the story of our founding fathers. President Obama, who saw the show with his daughters last summer, pronounced it “fabulous,” and Diggs’s roles landed him the 2015 Lucille Lortel Award for Outstanding Featured Actor in a Musical. A member of clipping., an L.A.-based rap trio, Diggs wasn’t thrilled by the show at first. “The idea when first described to me was laughable,” he said in a Wall Street Journal interview. “Once I read the script and heard the songs, I knew there was something great there.” 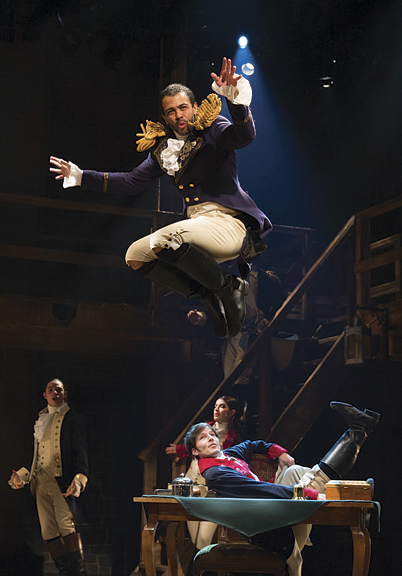 Reader Responses to Something Great