A Farewell to C.D. Wright

“Poetry,” C. D. Wright once said, “is a necessity of life.” She could not imagine how to live without it. Only poetry, she believed, was capable of giving voice to the “zones inside us” that yearned to be freed. Wright, the Israel J. Kapstein Professor of English and a professor of literary arts who had taught and written at Brown since 1983, died unexpectedly on January 12. Her death came less than a week after her sixty-seventh birthday and only days after the release of her last book, a collection of essays with the exhaustive title The Poet, The Lion, Talking Pictures, El Farolito, A Wedding in St. Roch, The Big Box Store, The Warp in the Mirror, Spring, Midnights, Fire & All. 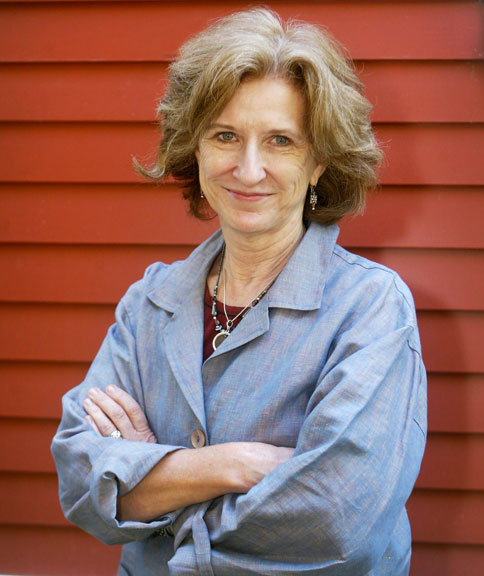 Unassuming in person and slight of build, Wright, whose voice still retained inflections from her upbringing in the Ozarks of Arkansas, was a bold, fearless, and adventurous artist, without doubt one of the leading poets of her generation. In 2013 she was chosen to become a member of the Academy of American Poets’ Board of Chancellors, whose past members included W. H. Auden, Elizabeth Bishop, and Adrienne Rich—poets, in the Academy’s words, “who have helped define the art of poetry in the United States.” Wright’s work, the Academy said in a blog post after her death, is “on fire with with life and passion for what matters.”

She was also a devoted teacher who served as a mentor to dozens of students—she had taught an advanced poetry course fall semester—and she helped to bring poets to readers through Lost Roads Press, a small publisher of poetry and fiction that Wright took over in 1978 and ran with her husband, Forrest Gander, the Adele Kellenberg Seaver '49 Professor of Creative Writing. For her commitment to Brown, in 2013 President Christina Paxson honored Wright with one of the first two Brown University Presidential Faculty Awards. Among her literary awards were a Lannan Literary Award and the 2005 Robert Creeley Award (she taught at Brown with Creeley until his death in 2005). She  also earned Guggenheim, MacArthur Foundation, and National Endowment for the Arts fellowships. A poet whose work was always rooted in place, from 1994 to 1999 Wright was the Rhode Island state poet.

Wright published more than a dozen books, most of them collections of poetry. But she also wrote essays and collaborated on works, such as the 2003 One Big Self: Prisoners of Louisiana, that are not so easy to classify. An inspiration, she said, was Let Us Now Praise Famous Men by James Agee and Walker Evans, a book grounded in documentary photography and reporting that was transformed by Agee’s passion into a searching and intimate prose poem about human struggle and social injustice. Like Agee, a fellow Southerner, Wright’s poetry and prose were firmly grounded in language and poetics but also incorporated reportage, sociological field work, and Wright’s seemingly endless capacity for empathy. “I draw on a mash of other disciplines to make it authentic,” she told the BAM in 2011.

One of her best known books of poetry is One With Others (a little book of her days), published in 2010, an homage to a white woman friend known as V, a rare small-town Southerner who joined African Americans in a Memphis march held after Martin Luther King Jr.’s assassination in 1968. As a result of her involvement, V’s husband left her, taking custody of their seven children, and she became a pariah in her eastern Arkansas town. She eventually settled in New York City, where she lived in a one-room apartment in Hell’s Kitchen until her death in 2004. One With Others, a National Book Award finalist, won the 2011 National Book Critics Circle Award.

To describe Wright’s books in terms of their narrative content is to miss their brilliant and often strange language. In 1998 Wright’s photographer friend Deborah Luster asked her to collaborate on a book of photographs of inmates in Louisiana’s state prisons, including the notorious one in Angola, home to 5,000 men, most of them serving a life sentence. Wright’s vivid and economical text in One Big Self: Prisoners of Louisiana is a wondrous work of the imagination, seeming to call up the inner lives of hardened convicts. On capital punishment, she writes:

Born Carolyn Wright on January 6, 1949, in Mountain Home, Arkansas, she was the daughter of a judge and a court stenographer, one reason, perhaps, for her lifelong dedication to social justice issues. The South—its people and its landscape—would serve as an inspiration all her life. She received her undergraduate degree at Memphis State (now the University of Memphis), one of a group of “fairly erratic students,” she told the BAM in 2011, “but we were passionate about books.”

She fell in love with the poems of Yeats and Gerard Manley Hopkins, but couldn’t figure out how a small-town Southerner could become a respected poet until she met the poet Frank Stanford while Wright was in graduate school at the University of Arkansas, from which she earned an MFA in 1976. Three years later, after Stanford’s death, she moved to California to teach at San Francisco State, where she met Gander. In 1983, she joined the Brown faculty.

In a statement posted on the Academy of American Poets website after Wright’s death, the poet Anne Waldman wrote, “Brilliantly astute, generous, witty, panoramic, celebratory, C. D. Wright is one of our most fearless writers, possessed with an urgency that pierces through the darkness of our time.” About Wright, the New Yorker noted, "Wright has found a way to wed fragments of an iconic America to a luminously strange idiom, eerie as a tin whistle." And the New York Times Book Review concluded, "Wright belongs to a school of exactly one."

Wright is survived by her husband, Forrest Gander, and their son, Brecht.

Reader Responses to A Farewell to C.D. Wright