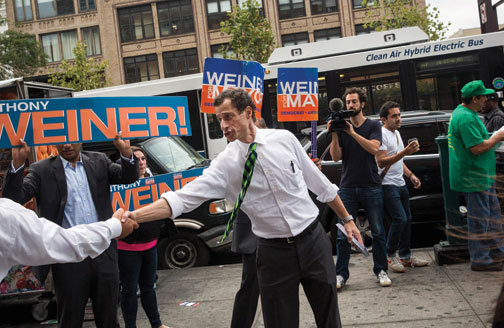 Filmmaker Elyse Steinberg ’01 has addressed both criminal justice reform in Texas and the trial of deposed Iraqi dictator Saddam Hussein. With Weiner, she says, she was looking “to make a character-driven vérité documentary.” That passion, she says, was shared by her cofounder at Edgeline Films, Josh Kriegman, whose résumé includes a stint as then-Congressman Anthony Weiner’s chief of staff.

The 37-year-old Steinberg says that she and Kriegman initially approached Weiner about filming a documentary right after a sexting scandal forced the outspoken liberal Democrat to resign from Congress in 2011. About two years later, “the day that he announced that he was running for mayor,” she recalls, “he said, ‘Come on over.’”

The result is a startlingly intimate film, as much a portrait of an embattled marriage as of Weiner’s disastrous 2013 New York City mayoral run. Weiner, which won the Grand Jury Prize for Documentary at Sundance in January, depicts the candidate and his wife, Huma Abedin, one of Hillary Clinton’s closest aides, at the center of an unanticipated media firestorm.

After the initial scandal, Weiner, who had sent revealing photos of himself to women over Twitter, had become “a caricature and a punchline.” The filmmakers’ aim, as they told Weiner, was “to take somebody who had been so ridiculed . . . and offer a more complicated and fuller look.” Because of the election narrative, they believed that “something exciting would happen—we didn’t know what.” 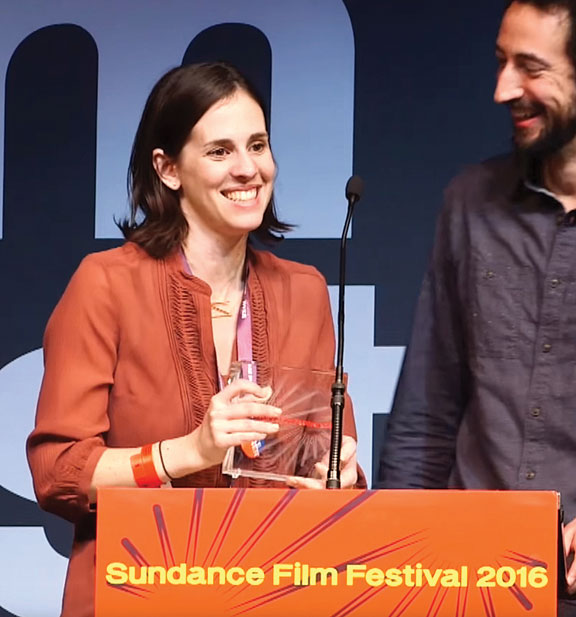 For a while, Weiner, a gifted campaigner, led in the polls, and Steinberg says she figured they had “a comeback story.” Then news broke that, even after his resignation from Congress, Weiner had been sexting a woman known as Sydney Leathers. “A lot of voters felt they had been lied to,” Steinberg says. As Weiner’s campaign collapsed, his behavior became more erratic, and a frustrated Abedin seemed to go emotionally AWOL—and Steinberg and Kriegman kept filming.

Before Weiner, Steinberg’s greatest success was the PBS documentary The Trial of Saddam Hussein, which examined the issue of whether Hussein could receive a fair trial as “a microcosm of the American mission” in Iraq. She similarly wanted Weiner to illuminate larger questions about how American politics and media have been overtaken by spectacle.

In the new documentary, a rueful Weiner discusses “how politicians are wired to need attention, and how he thrived in a world of transactional relationships.” But Steinberg says the filmmakers made a deliberate choice not to try to explicate his psychology. “It’s obviously complicated,” she says. “We really wanted you to sit with him, and draw your own conclusions in the moment.”

Weiner, which had a critically acclaimed release in May, will air on Showtime in October.