What does the Ratty have in common with celebrity chef Mario Batali’s restaurants? Well, for one thing, high marks from the Green Restaurant Association, an international nonprofit that encourages restaurants to become “greener” by offering a certification program. 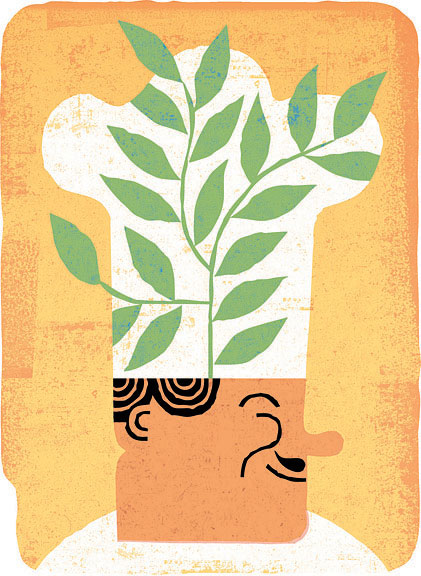 In recognition of such sustainability practices as recycling, composting, and energy conservation, both the Ratty and the V-Dub (Verney-Woolley) earned three-star certifications from the Green Restaurant Association (GRA) in August—an accomplishment no other restaurant in Rhode Island has achieved. It’s the second-highest honor in the association’s four-star rating system. Josiah’s and the Blue Room earned two-stars, and Andrews Commons earned a one.

Brown is only the third Ivy League school to be certified this way. Bob Chase, the University’s facilities and sustainability manager, noted that the Brown community worked hard to earn a high rating. “If you look at the [University’s] sustainability report,” he says, “you’ll see that we are eliminating bottled water use, increasing recycling, increasing composting, decreasing energy use, and decreasing our carbon footprint.”

In fact, increasing sustainability is what prompted Dining Services to aim for GRA certification. And Chase says they’re just getting started. “Right now we are looking at replacing lighting systems and faucets to reduce water waste,” he says. “There is always room for improvement.”