On The Things That We Are Made Of, her fourteenth album, Mary Chapin Carpenter ’81 has crafted a deeply personal statement that once again defies easy categorization. Not quite country but much more than folk, this evocative eleven-song collection traces both physical and spiritual journeys, reflecting on what used to be and what might have been. 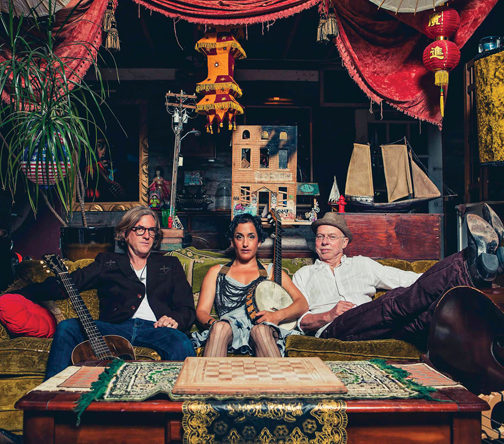 The album is dedicated, “in loving memory,” to John Jennings, Carpenter’s longtime collaborator and producer, who died in October 2015. Not surprisingly, a profound sadness informs the material, whether Carpenter is “staring down the great big lonesome” in “Something Tamed, Something Wild” or lamenting that “sometimes I’m lost and I don’t know why” in “The Blue Distance.”

Each song is a singular statement, yet they are intertwined, with lyrics and musical motifs in one echoed or reflected in others. Maps are a common thread, whether they are guides to cross-country travels or symbols of emotional travails. Carpenter, it seems, often grows restless with her life, a theme she explores repeatedly and summarizes in “What Does It Mean to Travel”: “Sometimes you just want to be someone else / Unencumbered and unknown.” 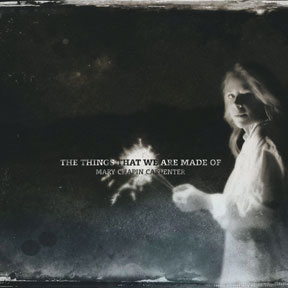 The production is spare, with Carpenter’s soulful voice front and center. Nashville’s Dave Cobb, best known for his Grammy-winning work with Chris Stapleton and Jason Isbell, is behind the board, and he also plays electric guitar on several songs. One of his most interesting touches is the use of a Mellotron to provide string backdrops. (A predecessor of today’s sampling keyboards, a Mellotron plays tape loops to create instrumental sounds.) Unobtrusive yet atmospheric, these backing tracks enhance the contemplative mood of The Things That We Are Made Of. This album won’t make you twist and shout, but it will make you think—especially if you are, like Carpenter, living “in the middle ages.”

The third release from Brooklyn alt-country singer-songwriter Rebecca Pronsky ’02, Known Objects explores themes both personal and universal. Begun as a duo project with producer-guitarist Rich Bennett, the album grew into a more complex collaboration with fourteen other musicians, including jazz guitarist Ben Monder. The lyrics are poetically rich and ponder some big subjects yet retain an intimate, conversational tone—and, like her spiritual forebear Joni Mitchell, Pronsky finds herself considering both her own fate and that of Amelia Earhart.

Evie Ladin ’91 describes her music as “neo-trad kinetic folk,” which gives you some idea of what you’re in for when you jump into Jump the Fire. Her three-piece Evie Ladin Band gets some big sounds out of banjos, guitars, string bass, and percussion, and it’s all done with intelligence and verve. The highlights include creative reimaginings of traditional tunes; an original song that quotes the Stones, Jimmy Cliff, and Paul McCartney; and “Drinking About You,” a tongue-in-cheek Hank Williams–style tearjerker.