Playwright Steven Levenson ’06 (above, center) whose play If I Forget ran from February through April in New York City, won the 2017 Tony Award for Best Book of a Musical for the Broadway hit Dear Evan Hansen, which captured a total of six Tonys (it was nominated for nine).  Starring Ben Platt, the musical, which opened in December at the Music Box Theatre, concerns a teenage social misfit who is inadvertently catapulted into high school popularity when a classmate commits suicide. The score, which won the Tony for “Best Original Score,” is by Justin Paul and Benj Pasek (above, who also wrote the lyrics for La La Land). A reviewer for the New York Times called Dear Evan Hansen suitable for theatergoers “looking for something yeastier and more complex than the usual sugary diversions.” 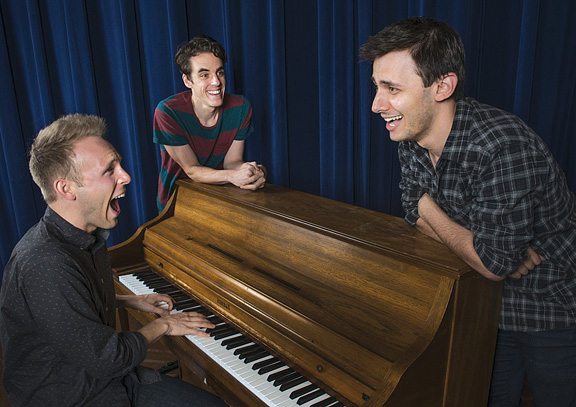 Five minutes with Cat Buthod ’20, on her current obsession
Military