It all started with a one-dollar bet. When he first arrived at Brown, Edwin Sherin ’52 played football and, at his parents’ urging, studied premed. But there were warning signs, such as his having dropped out of high school for a bit to work on a West Texas cattle ranch, that things might not go according to plan. 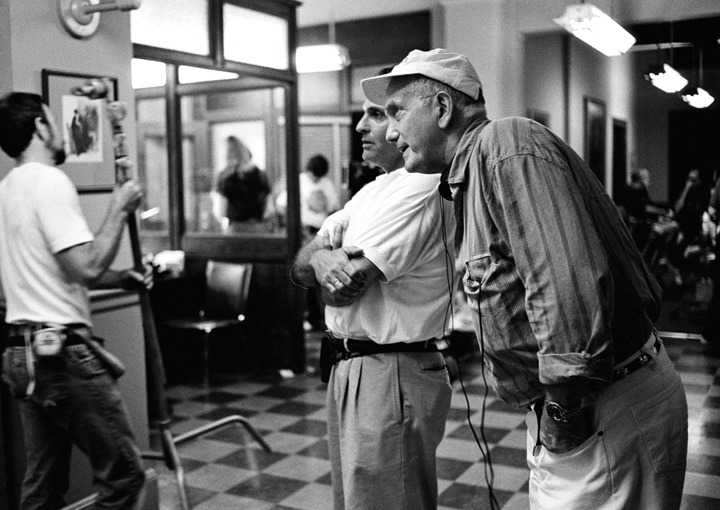 Then his roommate bet him a buck he wouldn’t have the nerve to audition for a campus production of Lord Dunsany’s Alexander. Not only did Sherin take the bet; he was soon spending more time acting than playing football. He joined the Brownbrokers and the Lincoln Society and become president of Sock & Buskin.

By the time he graduated, Sherin, who died May 4 at the age of 87, didn’t know what he wanted to do. By then he had switched from premed to international relations and joined the U.S. Navy, seeing combat as a gunner on the  USS Twining off the Korean coast.

By 1956 he was living in New York City with his first wife, the actress Pamela Vevers, who took him to see a rehearsal for The Cherry Orchard at the Actor’s Workshop. Three months later she got him an audition as an extra on the Omnibus theatrical TV series.

Sherin never looked back. Over the next fifty years, he worked on hundreds of theater and television productions, directing such stars as James Earl Jones, Jane Alexander, Burt Lancaster, and Henry Fonda. He became best known for television’s Law & Order series, for which he directed thirty-six episodes (he was a best director Emmy nominee for two of them). He was also the series’s executive director for 151 episodes. As William Grimes wrote in the New York Times shortly after Sherin’s death, he had “a reputation as a highly efficient director with a velvet touch when handling temperamental actors.” Jace Alexander, Sherin’s stepson, who directed more than thirty Law & Order episodes, told Grimes, “He figured out how to move the actors around, rather than the cameras, which saves time and money. This became the signature style of the series.”

Born January 13, 1930, in Danville, Pennsylvania, Edwin Sherin spent his boyhood in Hattiesburg, Mississippi, until his family moved to Manhattan when he was 10. His first great success after Brown came as associate producing director at the Arena Stage in Washington, D.C., where he developed Howard Sackler’s play The Great White Hope, casting James Earl Jones and Jane Alexander in the leads. (Both won Tonys after the play moved to Broadway, and in 1975 Alexander became Sherin’s second wife.) Sherin also directed two films, Valdez Is Coming, which starred Burt Lancaster, and My Old Man’s Place.

In addition to Alexander and his stepson, Sherin is survived by three sons from his first marriage, Anthony, Jonathan ’88, and Geoffrey, and six grandchildren.

Working the frontlines for the CDC
Science & Tech