The fragility of relationships, the unsustainability of creative endeavors, the rigors of aging, and the occasional human desire for self-immolation—these concerns generate a mood of pervasive melancholy in this inaugural short-story collection by Jeffrey Eugenides ’82, best known for his novels The Virgin Suicides, Middlesex, and The Marriage Plot. 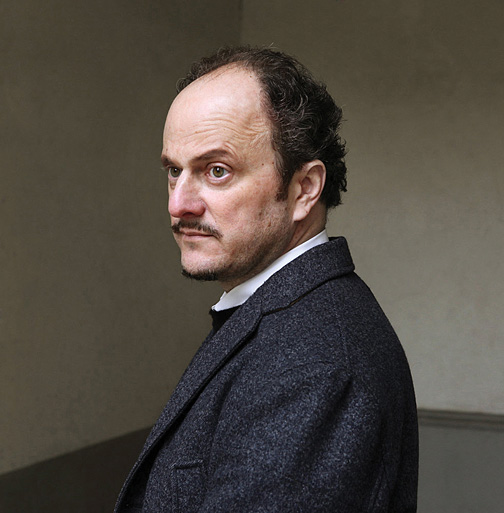 Patrice Normand
Known for his novels, Jeffrey Eugenides ’82 turns to the short story.

The first story in Fresh Complaint, “Complainers,” about a lustrous but demanding friendship between two women, sets the tone. Cathy, more than two decades Della’s junior and no longer living nearby, wonders about her responsibility to her widowed best friend after Della is diagnosed with dementia. Is she “a kind of oddity or interloper in Della’s life,” Cathy wonders, or the only person who can offer what Della needs?

In the collection’s fine title story, wistfulness gives way to a tough meditation on just how far a young woman will go to protect her future. Here the protagonists are also antagonists: a teenaged Indian American girl seeking desperately to avoid an arranged marriage and a married cosmologist vulnerable to the pleasures of young flesh. Which, we begin to wonder, is predator and which is prey?

Other stories, though they stand on their own, read like outtakes from Eugenides’s novels. “Air Mail,” for example, explores the physical and emotional travails of Mitchell Grammaticus, the semi-autobiographical character in The Marriage Plot, during his travels through India. “The Oracular Vulva” considers the plight of sexologist Dr. Peter Luce, who’s made his name theorizing about intersexuality (the subject of the Pulitzer Prize–winning Middlesex). In a quest to repudiate a challenge to his research, Luce ends up in a remote jungle village where pederasty is the norm.

At times, money seems a more pressing problem than sex. The first-person narrator of “Time Share” describes his father’s frantic efforts to secure a comfortable retirement in a volatile housing market. In two stories, Eugenides reminds us that an artistic bent can be inimical to material success: The clavichordist in “Early Music” reminisces about his career choices while a collection agency duns him for repayment of a loan used to buy his instrument and his wife manufactures scented, stuffed, microwaveable mice. And in “Great Experiment,” a poet working as an editor at a small press condenses Alexis de Tocqueville, while embezzling from his stingy multimillionaire boss in order to refurbish a dilapidated house. Is this what the American Dream has come to?

Often, in these modest stories, houses (as well as marriages) crumble, or threaten to; roofs leak, and characters contemplate escape, or suicide. But there are occasional moments of transcendence, too, as when a character in “Capricious Gardens” imagines “pruning rosebushes and picking beans,” and fantasizes that “happiness, with such a simple change, would come at last.”