“The whole island was on pause.” Ineajomaira Cuevas-González, sitting in the Blue Room with the chatter of a Brown Friday afternoon surrounding her, painted a picture of the devastation done to her home of Puerto Rico by Hurricane Maria. 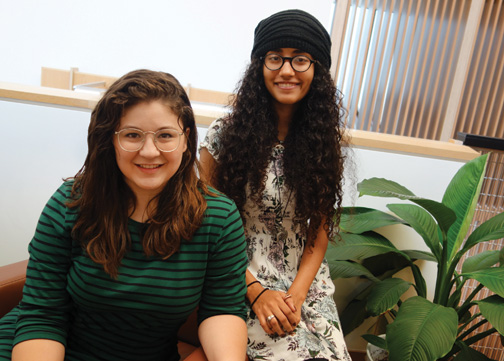 Frank Mullin
Ineajomaira Cuevas-González (left) and Laura Diaz Rodriguez are two of the 30 students from the University of Puerto Rico at Brown.

Cuevas-González is one of about 30 students continuing their education at Brown while the University of Puerto Rico (UPR) repairs and rebuilds. The University has offered to host up to 50 students, who began arriving on campus the week of October 16.

Implementing the program is the Brown-based Leadership Alliance, a group of 35 academic institutions and one company that promotes and supports the academic work of students from historically underrepresented groups.

Undergraduates recommended by UPR will apply for admission to Brown, and those accepted will enroll in credit-bearing courses that will enable them to continue their courses of study, minimizing interruption as they work toward graduation. Brown will not charge tuition or fees and is assisting with travel and providing housing.

Arantxa Quiñones Andino elaborated on the specific damage to UPR’s campus at Rio Piedras and the sheer slowness of the restoration: “The university doesn’t have electricity completely.” Cuevas-González is an environmental design major at UPR. Quiñones Andino is studying public relations and advertising as a communications degree, Italian and German as a modern languages degree, and photography. Both are candidates for graduation this year, though to say they were expecting to graduate might be a stretch. Maria is only the most recent roadblock between UPR students and their diplomas.

This disaster comes on the tail of a student strike from March to June 2017 held to protest the federal government’s proposed severe budget cuts to UPR; when Cuevas-González was talking about anxiety and uncertainty, it wasn’t just the storm on her mind. The students had to show the university and the government the importance of “investment in education” for a better future for the island, she says. 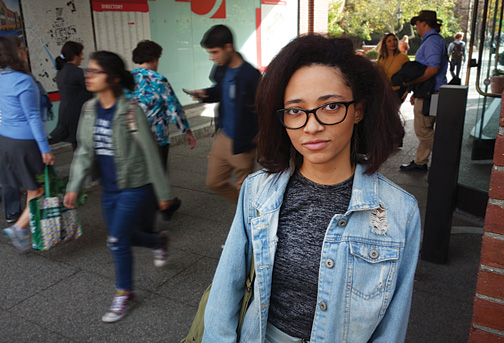 Brown, she observed, is the perfect example of that type of investment. “To see Brown investing in students and investing in us, it really means a lot to us,” she announced, “To tell the truth, it’s shocking [how generous Brown has been].” Quiñones Andino nodded and noted that she “could never have gone to an Ivy” for economic reasons.

Ironically, Laura Díaz Rodríguez, a junior in molecular biology, had been hoping to transfer somewhere before the hurricane hit. But she’d planned to do it with slightly less drama. Enter Maria. Díaz Rodríguez and her family, “always very prepared for everything,” fit all they had into their garage, then strung cables around the house to hold it down from the hurricane winds.

“It looked like a present,” she laughed. After staying inside for more than 24 hours, they emerged to find trees and furniture strewn over the landscape; someone’s roof lay in their driveway. Díaz Rodríguez and her stepfather grabbed an electric chainsaw and began cutting up the fallen trees, then found they had no running water with which to clean the sap, and daughter and stepfather were covered with sap.

The worst was far from over, however, as her mother was undergoing chemotherapy and her stepfather needed his dialysis treatment. He drove for a week searching for a place to get it, and Díaz Rodríguez says that determination is the only thing that kept him alive. Her father, wanting to get her away from the chaos, bought her a plane ticket to stay with an uncle in Illinois, where she learned that Brown had accepted her application.

Asked her first impression of Brown, her immediate response was, “Cold.” She meant the Providence climate. “All of the people who have helped me here are ten out of ten,” she said. “I’m very thankful for everything, really.”