Education and Service
The Swearer Center's engaged scholarship is a key to integrating teaching, research, and service around the public good.

One month after former Brown president Howard Swearer passed away in 1991, the University announced that it would rename the Center for Public Service in his honor. President Vartan Gregorian noted in the announcement that the dedication of Brown students to service work was among Howard Swearer’s “most precious gifts to Brown.” 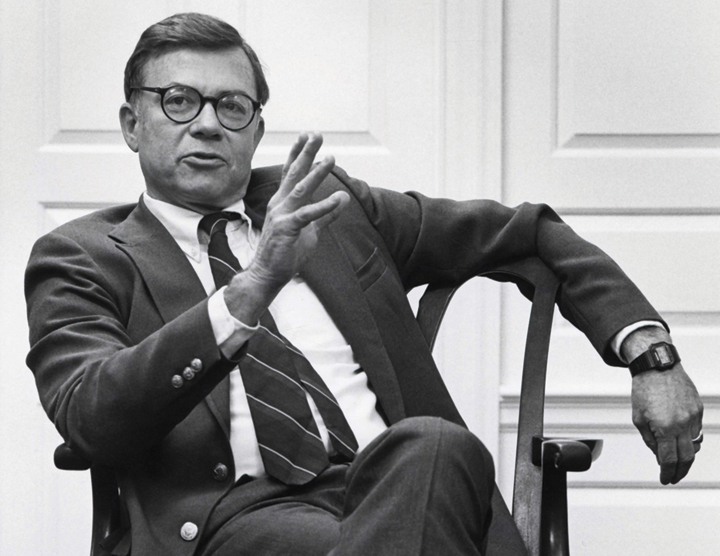 In founding the Center five years earlier, President Swearer had the visionary idea of placing it in the office of the Dean of the College. In doing so, he planted seeds that would grow a defining linkage between education and service. Over the years, the Swearer Center has created scores of community service opportunities for Brown students.

Nearly three decades later, an extraordinary political moment, an alignment of intellectual resources and leadership, and the rise of engaged scholarship as educational practice have underscored the wisdom of Swearer's vision.

Following the November 2016 election, America’s political space was roiled. Fake news proliferated. Partisanship sharpened. Distrust of science, evidence, and research deepened. Such democratic cornerstones as freedom of the press came under attack. Instead of engaging in productive debate on issues, people called each other names. To many, civil discourse had broken down.

How could universities do more to prepare young people to be effective members of democratic societies? The political moment called on Brown’s commitment to cultivating democratic values and habits, in and through the way we educate.

And so the Swearer Center’s work is more relevant than ever. Guided by Building on Distinction, new resources, the leadership of director Mathew Johnson and a talented staff, deep faculty interest, and a robust suite of programs, the Center has an institutional structure that links education and service to an unprecedented degree. The Center is now recognized as a leader in a global university movement to integrate teaching, research, and service around the public good.

Last spring, the Swearer Center debuted the Higher Education and Democratic Practice (HEDP) initiative to elevate students’ understanding of democracy. HEDP activities emphasize the value of informed debate among people with different points of view, as well as such principles as the rule of law and ethical governance.

Brown students have always been set apart by their fierce social conscience and desire to be change-makers. This worldview permeates the Swearer Center. Last December, several Swearer students told me they couldn’t imagine not considering public service in their future endeavors­—including a pre-med student who will pursue opportunities at community hospitals that serve lower-income people.

The Swearer Center demonstrates that how a university organizes itself can set a framework within which the habits, values, and practices of democracy are encouraged at every turn. This is one way that universities like Brown can help revitalize the political space.

Finally, many in our community were heartened by a finding in the 2017 BDH undergraduate poll that 67 percent of students say professors facilitate discussions that respect opposing points of view. To me, this affirms that Brown is a place where students think deeply, and learn how their work can ladder up to a civic culture where change is possible.

Nearly all Brunonians know that the Brown Charter calls on the College to prepare students for “discharging the offices of life with usefulness and reputation.” Now, more than 250 years later, these founding words are as important as ever. Through Swearer Center initiatives like HEDP and other efforts across campus, Brown will continue to heed this call.

Reader Responses to Education and Service