The Mad Skills of Plants 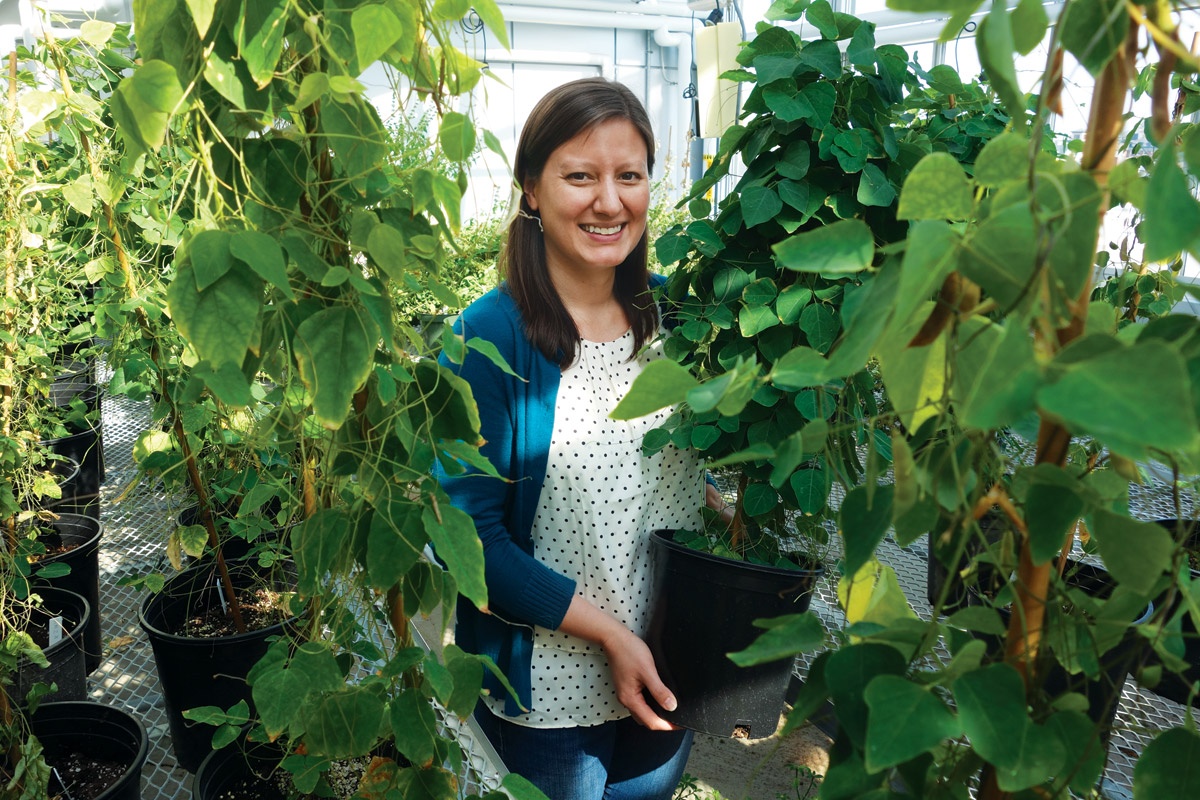 My parents tell a story of a hike when I was little, before I could read. They let me run ahead and found me flipping through a field guide to plants, trying to match the flower based on the pictures. It’s pretty good evidence that I’ve always been inclined towards plants and flowers.

Plants are awesome! They have all these evolutionary novelties. Some flowers smell like rotting meat—they actually synthesize proteins and then break them down to attract flies as pollinators. Carrion flies think they’re crawling on a carcass, but they’re actually pollinating a flower.

Green thumb quotient?
“It’s a little embarrassing to admit—I am not the greatest plant grower. But I love having houseplants and gardening. I’m always trying to grow orchids, and I’m generally successful at keeping them alive and, sometimes, getting them to flower. I do some work in the greenhouse for my research and I really love going up there. I find it to be a really calming place to be. It’s really satisfying to grow plants in the greenhouse, especially when you have, you know, professionals helping you keep them alive.”

I work on ant plants—this one species of acacia tree that grows in Africa. They associate with ants that live on the tree and will swarm anything that tries to eat it. It’s sufficient to even defend a tree from an elephant knocking it over.

A tree can have one of four ant species on it at any one time. Some are not very good at defending the tree and some are better. Some use resources the tree provides, like nectar; some don’t. The tree can tell what ant species is on it, so if it’s got an ant that doesn’t use its nectar then it won’t produce that much nectar. If it’s got an ant that uses a lot of nectar, it will produce more nectar.  I’m looking at how different genes are turned on and off in response to the different ants. It must be able to do that appropriately; otherwise the ants won’t stay, and it will get knocked over by an elephant.

I think I know too much now not to want to keep working with plants. I always learn more, and I’m, like, “Oh my gosh, plants are so amazing!”

Reader Responses to The Mad Skills of Plants