$100M for Brain Science
Alum makes Brown Institute one of best-endowed in U.S. 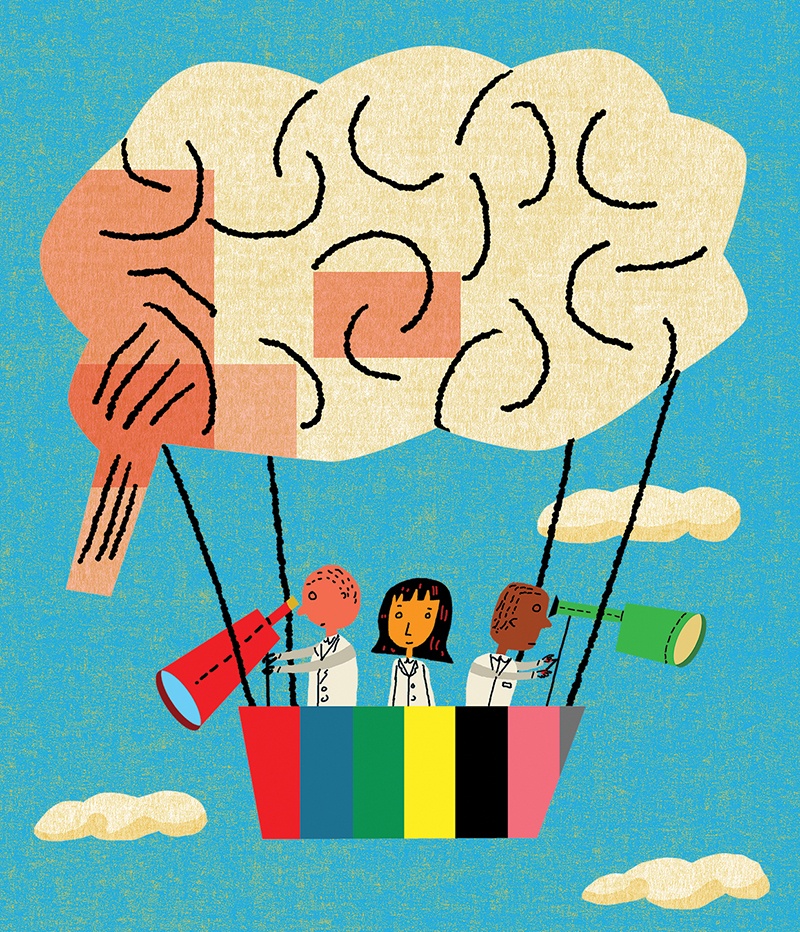 “This is a signal moment when scientists around the world are poised to solve some of the most important puzzles of the human brain,” President Christina Paxson said in April, as the University announced a $100 million gift to Brown’s brain science institute from Robert J. Carney ’61 and Nancy Doerr Carney. The funding, which establishes the institute as one of the best-endowed university brain institutes in the country, will drive an ambitious agenda to quicken the pace of scientific discovery and help find cures to some of the world’s most persistent and devastating diseases, such as ALS and Alzheimer’s. “We will be able to crack the neural codes, push discoveries forward and address some of the largest challenges facing humanity, at the same time training the next generation of brain scientists,” said Diane Lipscombe, director of the institute and a professor of neuroscience. The Carneys’ gift changes the name of the Brown Institute for Brain Science to the Robert J. and Nancy D. Carney Institute for Brain Science.  “Nancy and I have long been impressed by the phenomenal research and education of bright young minds that we see at Brown,” Carney said. “We are excited to see the brain institute continue to grow and serve society in ways that are vitally important.

Core areas of research at the institute include work on brain-computer interfaces to aid patients with spinal injury and paralysis; innovative advances in computational neuroscience to address behavior and mood disorders; and research into mechanisms of cell death as part of efforts to identify therapies for neurodegenerative diseases that include amyotrophic lateral sclerosis (ALS) and Alzheimer’s.

With up to 45 labs across campus engaged in research at any given time—and 130 affiliated professors in departments ranging from neurology and neurosurgery to engineering and computer science—Brown’s brain science institute already has built a reputation for studying the brain at all scales, said Lipscombe. A signature program: cutting-edge efforts to help those who have lost the ability to move and communicate through paralysis to regain those abilities. “The breakthroughs we have seen in confronting paralysis could not have happened without the integrative approach that is distinctive to the way Brown approaches brain science,” Lipscombe said.

The donation, one of the largest single gifts in Brown’s history, will allow the Carney Institute to accelerate hiring of leading faculty and postdoctoral scholars, supply seed funding for high-impact new research, and also fund essential new equipment and infrastructure in technology-intensive areas of exploration.

“This is a transformative moment that is going to catapult Brown and our brain science institute,” said Lipscombe, who is also president-elect of the Society for Neuroscience, the field’s international professional organization.