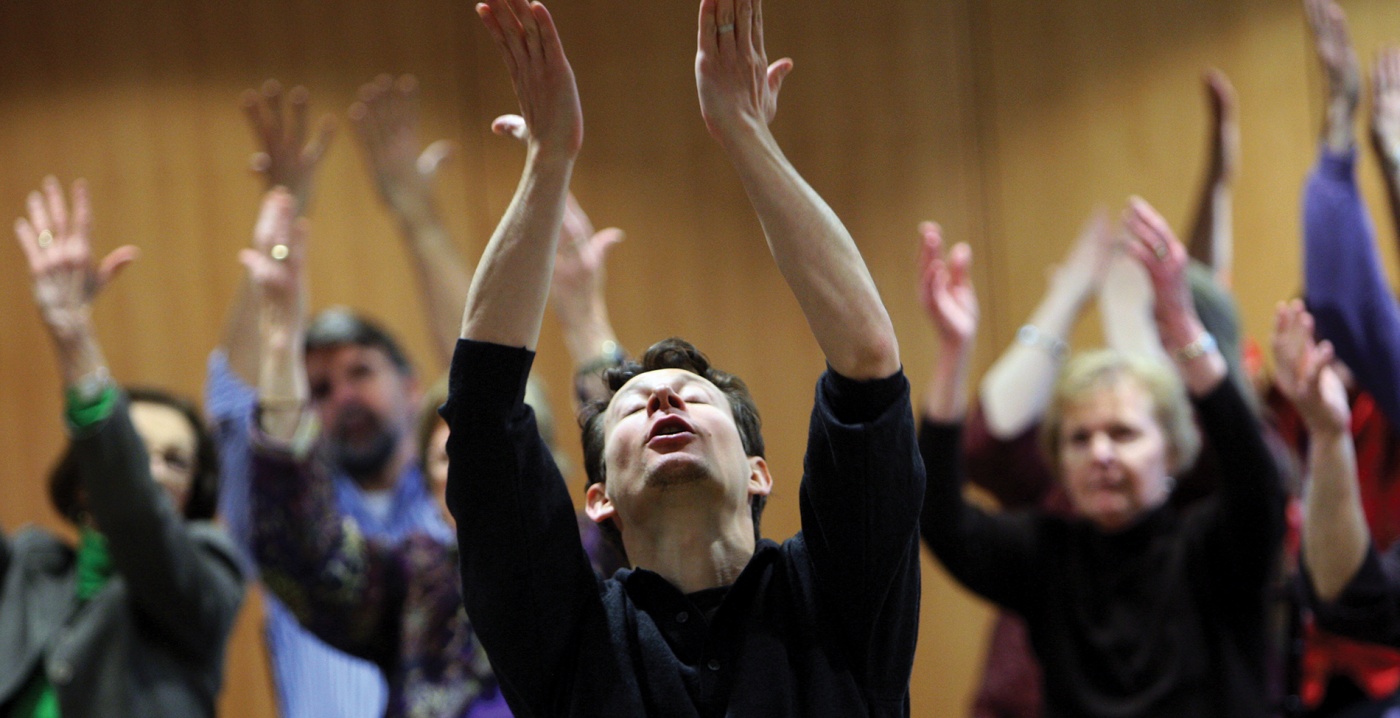 After the renowned Mark Morris Dance Group opened a Brooklyn center in 2001, dancer David Leventhal ’95 stepped in to launch its Dance for PD, a program that offers classes free of charge for people with Parkinson’s disease.

He’d taught plenty of students before—but this time, he says, was different. Inside the studio he faced patients in their 60s and 70s, eager to see if dance could help manage their symptoms, which can include tremors, rigidity, and difficulty standing or walking. “They came in with such a hunger to learn and think about movement differently,” says Leventhal, now the program’s director. “It was the most satisfying teaching I’d ever done.”

Today Dance for PD serves more than 500 folks each week in nine New York City locations. Through artistic partnerships, classes are also held in more than 250 communities throughout the U.S. and in 24 countries. Each class fuses steps from modern dance, tap, and ballet, moving from seated warm-up exercises to routines from West Side Story or Swan Lake. Leventhal says the only difference between this and an ordinary dance class is that the pace occasionally slows and choreography is shortened. “We don’t water down our approach,” he says. “It’s artistically and technically rigorous.”

The program began when a local Parkinson’s support group approached the Mark Morris Dance Group about creating a class for its members. Leventhal says the medical community was skeptical at first. But since then dozens of research studies have pointed to the benefits of dance for those with the disease, with improvements in balance, gait, motor skills, and overall quality of life. Now most participants are actually referred by clinicians.

A Massachusetts native, Leventhal trained at Boston Ballet School before concentrating in English literature at Brown, where he was part of troupes like The Dance Extension. He performed in lead roles with Mark Morris for more than a decade and has taught Dance for PD workshops from Stockholm to Seoul. He’s also been involved with Brown’s Artists and Scientists as Partners (ASaP), established by founding director of dance Julie Strandberg and adjunct lecturer Rachel Balaban ’80, which aims to build collaborations between artists and scientists as they address the needs of those with Parkinson’s and Autism Spectrum Disorder.

“This work is more meaningful than I can say,” he adds. He mentions a student who told him that she danced all night at a wedding, something she couldn’t have done before the class. “So often people with Parkinson’s are told they can’t do this, they can’t do that,” he says, “and here she was at a wedding, just living her life.”

Reader Responses to Movement as Medicine

I was pleased to read the article on David Leventhal’s Dance for Parkinson’s program (“Movement as Medicine,” Beyond the Gates, July/August). I’ve been suffering with Parkinson’s for over 10 years, and four years ago heard of Dance for PD. I was instantly hooked, and consider it a favorite tool. Not only does it improve muscular strength and coordination; you meet people at different stages of the disease and share common experiences. I attend class with people in wheelchairs, with canes, and with no apparent symptoms. You do what you can, but the benefits are gigantic.