Lead Driver
The challenges of steering Uber into the future 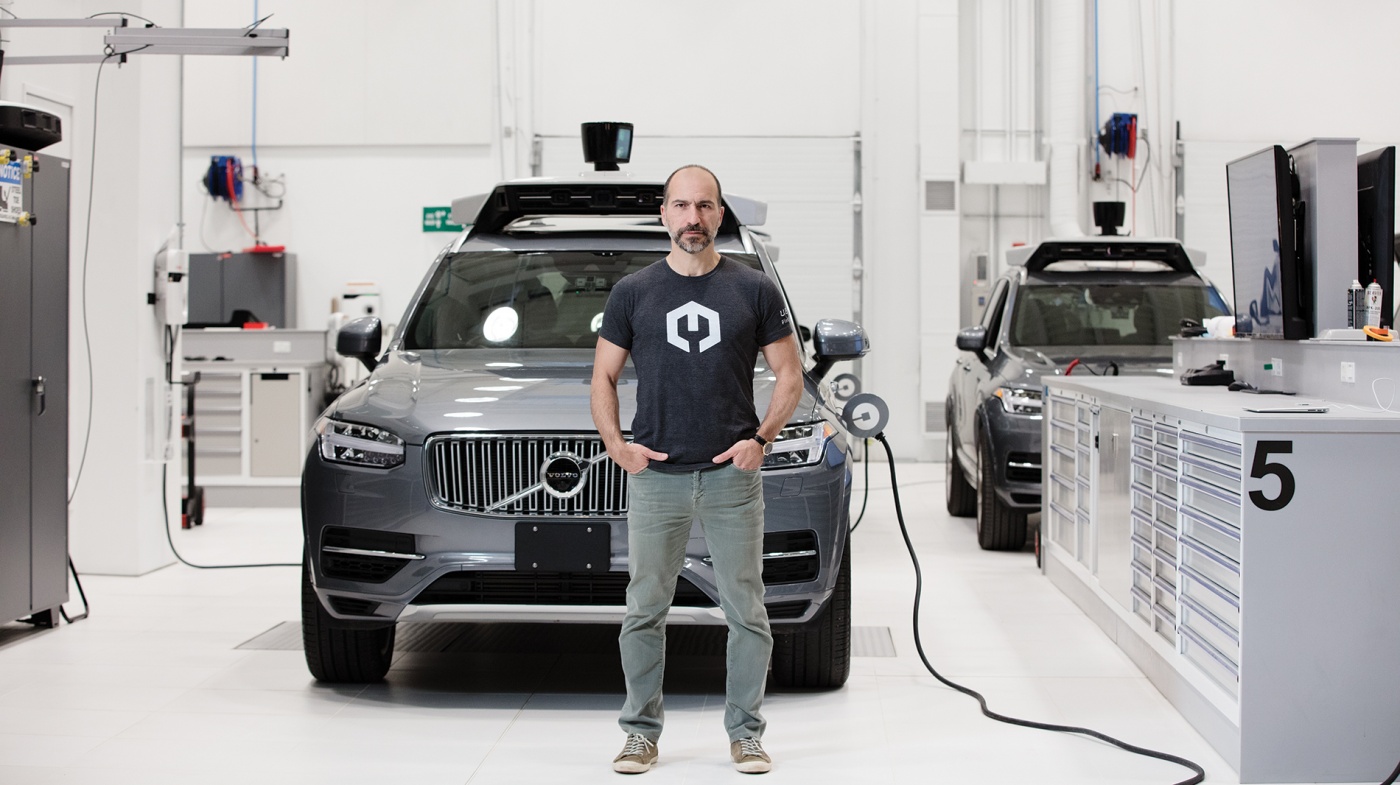 Dara Khosrowshahi ’91 became CEO of the industry-disrupting ride-sharing company Uber in August 2017. His roadmap for success began with a circuitous route through College Hill that passed through bioelectrical engineering with a pit stop for European intellectual history, on his way to Wall Street and then corner offices in the world of high-tech commerce.

Khosrowshahi, who arrived on the Brown campus less than a decade after his family fled Iran during the chaotic 1979 revolution, said much of his career success has been shaped by his youthful experimentation and the idea that “those experiences that integrate the comfortable with the uncomfortable are where creativity happens.”

At Uber, Khosrowshahi has had to draw on every ounce of that creativity in order to push continued growth for an avatar of the so-called gig economy, even as he overhauls the firm’s culture and a reputation tarnished by sexual harassment, inappropriate workplace behavior, and questionable business practices by the prior Uber chief and some of his inner circle.

In his early weeks on the job, Khosrowshahi made sure that his new mantra for Uber—“We do the right thing, period”—hung from the hallways of the firm’s San Francisco headquarters. The new CEO also became an evangelist for a company that—through a remarkable 50 million rides every day, now in 80 different countries—provides transportation to the once stranded and flexible work opportunities.

“The drivers keep me grounded,” said Khosrowshahi, who tries to hold town hall meetings with Uber’s workers wherever he travels around the globe. When he was named CEO, Uber was struggling to address driver complaints over a since-addressed lack of tips, pay transparency, and other issues that led to an overly high turnover rate. “They are demanding but thankful—they love the freedom that driving affords them.”

The desire for freedom is something the Uber boss understands well. Arriving in Westchester County, New York, with his mom as a teenager (his dad was unable to leave Iran for years because of the strife there), Khosrowshahi said he really hit his stride as a Brown student, equally at home with his water-polo-playing brothers in Sigma Chi and geeky friends who shared his love of Dungeons and Dragons. Even though he ultimately went into finance with Allen & Company after graduation, he said his engineering studies prepped him for the main challenge of a CEO: problem-solving.

“Engineering for me is breaking down a problem into its component parts and rebuilding them back into an artful solution,” Khosrowshahi said. That mindset helped him make the jump in 2001 from Wall Street to running Expedia.

Now, while tackling the many challenges of leading Uber, Khosrowshahi wants to help preserve America as a welcoming nation. He said that Uber’s commitment to “democracy and movement within cities” has, for him, created “the will and the determination to help immigrants and refugees in any way, shape, or form.”

Paula Caballero ’84 came up with international goals for sustainable development, created a road map of how to get there—then got every nation on earth to agree.