The Case for Diversity
It confers unmatched educational benefits.

In 2014, Harvard University was sued by Students for Fair Admissions on the grounds that it discriminated against Asian American applicants. The trial, which took place this fall, attracted widespread attention because of its potential to upend 40 years of Supreme Court rulings supporting the use of race in admissions decisions.

Currently, it is legal to do so. As recently as 2016, the Supreme Court reaffirmed that race can be used as one factor among many in assessing applications, provided that a school show a compelling interest in establishing a diverse learning environment, and that it is not possible to meet the school’s goals with workable race-neutral alternatives. 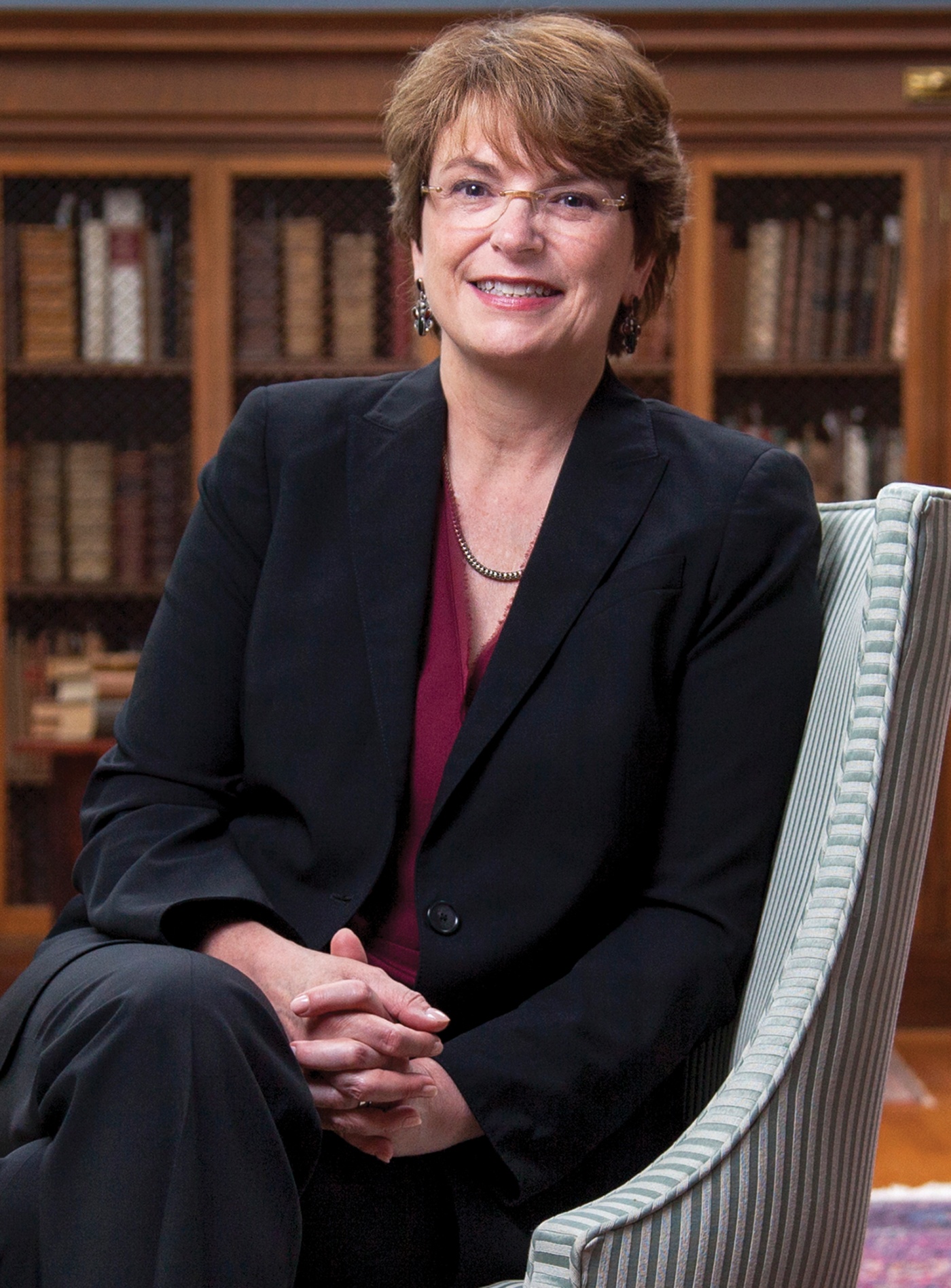 At the time of writing, the judge in the Harvard case had not yet handed down a decision. Whatever the outcome, it is likely that the appeals process will move the case to the Supreme Court, which will again have the opportunity to assess the use of race in college admissions.

Brown’s position is that diversity is a compelling interest, and that colleges and universities should continue to be allowed to consider race as a factor when making admissions decisions. This position is consistent with Brown’s history of openness and tolerance, which from the beginning recognized the value of bringing together people from many backgrounds and experiences.

Brown’s Charter of 1764 hints at diversity as a foundational academic value. At a time when most universities and colleges were meant to be homogeneous with respect to religion, the Charter proclaimed that “…into this liberal and catholic institution shall never be admitted any religious tests.” The Charter went even further, proscribing quotas that prevented the Brown University Corporation from being composed entirely of Baptists! Although religious quotas for the Corporation are a thing of the past, Brown’s commitment to diversity of thought and experience has remained strong.

Last summer, Brown joined 15 colleges and universities in an amicus brief in the Harvard case, speaking with one voice about the profound importance of a diverse student body. “Diversity,” the brief notes, “encourages students to question their own assumptions, to test received truths, and to appreciate the complexity of the modern world.”

For generations, exposure to a range of viewpoints from people with different backgrounds and a robust exchange of ideas have been cornerstones of a Brown education. It is how conversations on the complex issues of the day—such as cybersecurity, climate change, and economic inequality—evolve. It is how creativity, innovation, and the advancement of knowledge thrive.

“…into this liberal and catholic institution shall
never be admitted any religious tests.”

Our compelling interest in diversity is clear: it confers unmatched educational benefits. And it remains central to Brown’s ability to carry out its mission at the highest standards of academic excellence.

Today, Brown practices a holistic admissions process that considers each applicant, one at a time. This means understanding applicants as multifaceted individuals and looking at everything about them. Our admissions officers scrutinize grades and test scores to determine whether an applicant can succeed in Brown’s challenging academic environment. They read letters of reference and essays to assess applicants’ intellectual curiosity and evaluate evidence of character and integrity.

And they assess what students would, if admitted, bring to the Brown community. This means looking at whether applicants were raised in rural or urban America, or in another country; whether they are the first in their families to attend college; and whether they have served in the military. And it means considering their race as an important element in shaping the backgrounds, perspectives, and life experiences of a diverse student body.

A change in the law that requires omitting information on each applicant’s race (or, for that matter, any factor we consider) would limit Brown’s ability to create the best possible educational environment.

At the end of the day, admissions policies are educational judgments that should be accorded broad deference since they influence our ability to pursue our educational mission. It is my hope that the legality of using race as one of many factors in admissions will again be upheld so that Brown’s approach to admissions—which is grounded in its remarkable history, its values, and in the law—can continue.

Reader Responses to The Case for Diversity

I was glad to read your note to the school on diversity. When I was a senior at Brown, I was asked to be a student representative on the Minority Faculty Hiring Committee. It was an honor and new kind of learning experience to listen to faculty discuss hiring policies, especially since I am Caucasian. I heard that Brown was actively concerned about the alarming rate of Hispanic student attrition. As it turned out, Brown’s only Hispanic dean had been lured away by another university the year before, in 1986. The leadership was connecting the dots between diverse faculty and diverse student populations. I’m glad for my exposure to issues around diversity while a student at Brown, and I’m a lifelong believer in affirmative action as a result. We are still very far from “equal opportunity” over here in architecture [my field] and we won’t get there without policies and actions from above. Please, keep on it!

Neglect of merit jumps out in the onesided Paxson case. The original concept of affirmative action was that the applicants would be of equal academic ability, but in the analysis, race could then be used as a factor. Apparently in Paxson’s world, “diversity” excludes many on the basis of race, ethnic origin, and political thought. For your best chance of admission, don’t be Asian, white, male, or politically conservative.

Brown should pick the best academically qualified students rather than denying many on the distinct basis of race because they are not “underrepresented minorities.” Brown has morphed into a school for “underrepresented minorities,” women and very compliant and/or subservient men. Diversity of thought and political persuasion perhaps is the real diversity now lacking at Brown.

Reading President Paxson’s sanctimonious “The Case for Diversity” reminded me once again how out of touch the University is. Perhaps she is unaware that Brown obtained its drawing power by loading up on Jewish students after the formation of the Ivy League in 1958. Our board scores skyrocketed and applications increased commensurately, as we crawled out of the “Armpit of the Ivy League.” The discrimination being practiced against Asians is no different than that against the Jews.

On another subject, I cannot fail to mention my disgust at the opening letter President Paxson wrote on her ascension to her exalted post: Brown will be dedicated to making the world a better place. To which I would ask, a better place according to whose vision? Brown would do much better to teach her students to love their fellow man (without enabling dependency) and teach them critical thinking skills instead of wholeheartedly embracing utopian dreams.

President Paxson’s defense of diversity is to be commended for its honest confirmation of the discriminatory admission practices that are necessary to enroll a racially diverse class. Instead of requiring that all applicants meet the same rigorous standards, Brown’s “holistic admissions process” varies those standards based on an applicant’s race. Paxson acknowledges as much by admitting that race-blind admissions would have a detrimental impact on achieving diversity goals. She makes no mention of the many higher-achieving, higher-scoring, better-qualified candidates who are turned away solely on the basis of their skin color. Hopefully, the courts will soon prohibit this injustice.

With regard to President Paxson’s commentary,  we need more uniformity, not diversity. There has never been in history a nation like ours that has survived long. Diversity was one of the reasons for the downfall of the Roman Empire, when the legions got staffed with barbarians who had no real reason to be loyal to Rome. John Stuart Mill said something to the effect that peoples of different cultures, speaking different tongues, are not a recipe for a democratic institution. Biologists tell us that there is really no such thing as race; if not, why are we still using this as a criteria for admission to institutions of higher learning? Grades should be the only criteria for admission. I happen to be one Brown grad that was not tainted by your liberal bull.

President Paxson’s defense of diversity falls short of proving that ethnic preferences in evaluating applicants justifies the social cost (“The Case for Diversity,” From the President, January/February 2019). Any time criteria other than merit are used, it deepens the divisions among the many competing ethnic groups in our country. The road to a color-blind society must not pass through the toxic swamp of ethnic preferences. With Brown’s rich applicant pool, setting a minimum standard on grades and scores and having a lottery would avoid all hints of prejudice or discrimination.