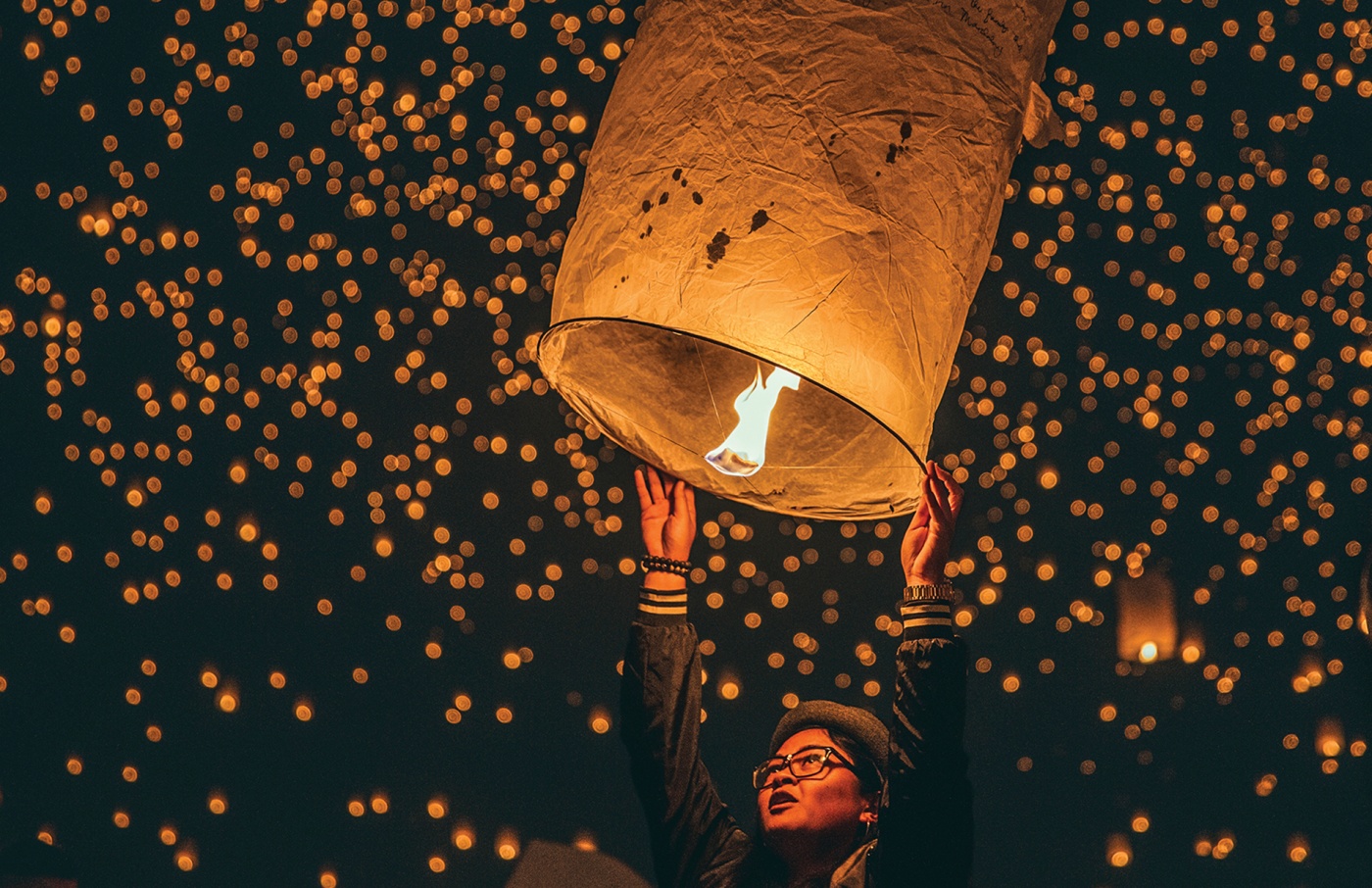 The 1995 birth of her first daughter, Sophie, got Jeannie Blaustein ’83 thinking more about death. “The milestones of our life remind us we are cycling through,” she says. That milestone made her “more conscious of my relationship with my mother, and hers with her mother,” says Blaustein, a history concentrator at Brown with a master’s in early modern European history and two PhDs, one in clinical psychology, one in pastoral studies and counseling.

Blaustein’s maternal grandmother died when her daughter, Nancy, was 17; the teenager never had a chance to say goodbye, or even attend the funeral. The taboo lingered. “I grew up in a family where death was not talked about openly,” Blaustein says.

Today, her full-time volunteer post, fusing personal history and professional interests, is as founding board chair of the nonprofit Reimagine End of Life. Its week-long, citywide festivals enlist organizations involved in health care and social services, the arts, religion, spirituality, and technology and design. As many as 10,000 attendees flock to discussions, exhibits, films, tours, concerts, theater, yoga, and meditation—even improvisational comedy. This fall’s festival in New York, where Blaustein lives, included sessions on “Death in Colonial New York” and “Death Panels: Comics That Help Us Face End of Life.”

“The funny thing about Reimagine,” says Blaustein, “is that it’s ostensibly about death, but it’s really about life. It’s about resilience and about living fully until the end.”

She credits Brown with inspiring her to pursue her passions. “There was so much creativity,” she says, “in the way I could construct my own curriculum,” including courses in psychology, art history, English, and political science. (She met her husband, Peter Bokor ’82, a social worker, writer, and sculptor, in a class on radical political thought.)

Researching her PhD dissertation in feminist history at Rutgers, she realized she’d “rather be talking to live people than sitting in archives.” But even her clinical psychology training left her without sufficient tools, she says, to address some of the “darkness” people faced. She became a hospice volunteer, pursued a pastoral counseling degree, and became involved, through her synagogue, in a project involving end-of-life conversations.

The idea for Reimagine originated with San Francisco design firm IDEO, which sponsored a community gathering in 2016. A podcast interview with Brad Wolfe—now Reimagine’s executive director—drew Blaustein there. She recalls: “People were laughing and crying and hugging and connecting, there was a disco ball on the ceiling, wine in the corner, and I thought, ‘What is going on here?’ I was mesmerized.” She walked up to Wolfe and proposed taking the concept national.

The recent New York festival included what Blaustein calls a “breathtaking” panel on efforts by San Quentin State Prison inmates to care for one another at the end of life. Blaustein’s mother, Nancy Patz, an award-winning children’s book author and illustrator, hosted an event of her own. She exhibited and discussed drawings, paintings, and poems inspired by the mother she had lost as a teenager—her way of grieving at last.

Reader Responses to Looking at Death