Pathology Breakthrough?
Betting on AI to revolutionize how we detect and treat serious disease 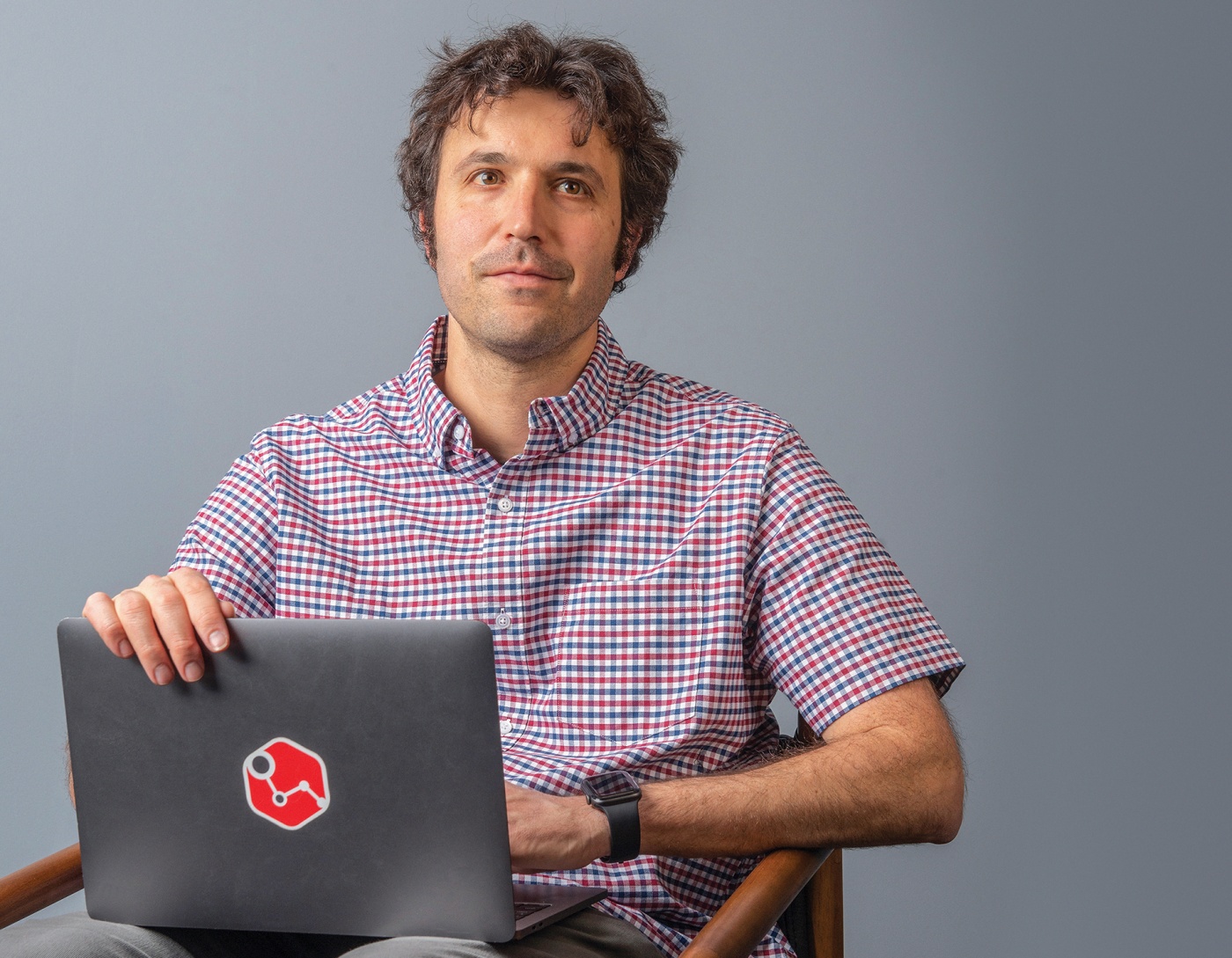 Andrew Beck ’02, ’06 MD, ’06 MMSc believes that pathology will be one of the first areas of medicine to benefit greatly from artificial intelligence. He is so sure of AI’s promise that, in 2017, he left a tenure-track position at Harvard to start his company, PathAI.

Beck was a student in Brown’s Program in Liberal Medical Education. After earning his undergraduate degree in history, he remained at Brown for medical school as well as a master’s of medical science in biostatistics. His interest in quantitative image analysis led him to Stanford, where he earned a PhD and developed a machine learning tool for grading the severity of breast tumors, one of the first applications of AI in pathology.

Following Stanford, Beck started his own lab at the Beth Israel Deaconess Medical Center, an affiliate of Harvard University Medical School. After five years of academic research focused on cancer epidemiology, he resigned to co-found PathAI, a company with the goal of bringing AI into the tool kit of pathologists.

“I saw a big opportunity to build a technology platform around recent advances in AI to change the way pathology is done,” says Beck. “It was clear that this was an inflection point in the field and the amount one could achieve—and the speed with which one could achieve it—were far greater with a company than with a lab at an academic institution.”

Pathologists are the medical specialists who look at microscopic images taken of tissue samples to diagnose disease, often cancer. A typical glass slide can contain hundreds of thousands of cells, only a few of which might be cancerous. Beck believes that with the help of AI, pathologists could work more accurately and efficiently.

“Pathology is a visual task and the area of AI that has advanced most over the past five years is computer vision,” says Beck. He points to applications already in use like face-searching photo apps and self-driving cars.

PathAI has two primary missions. The first is to use AI to make pathologists more accurate in their diagnoses and to help guide the right treatment. The second is to use AI to help pathologists better predict how patients will respond to their therapy based on the characteristics of their tissue. PathAI’s tools are actively used in research and the company is building its first set of products for use in the clinic.

Beck doesn’t see AI as replacing humans in pathology; rather, he hopes they will be partners, with the human-machine combination outperforming what a human could do alone.