No Accident
Human conception can happen a little too easily—or it can seem almost impossible. 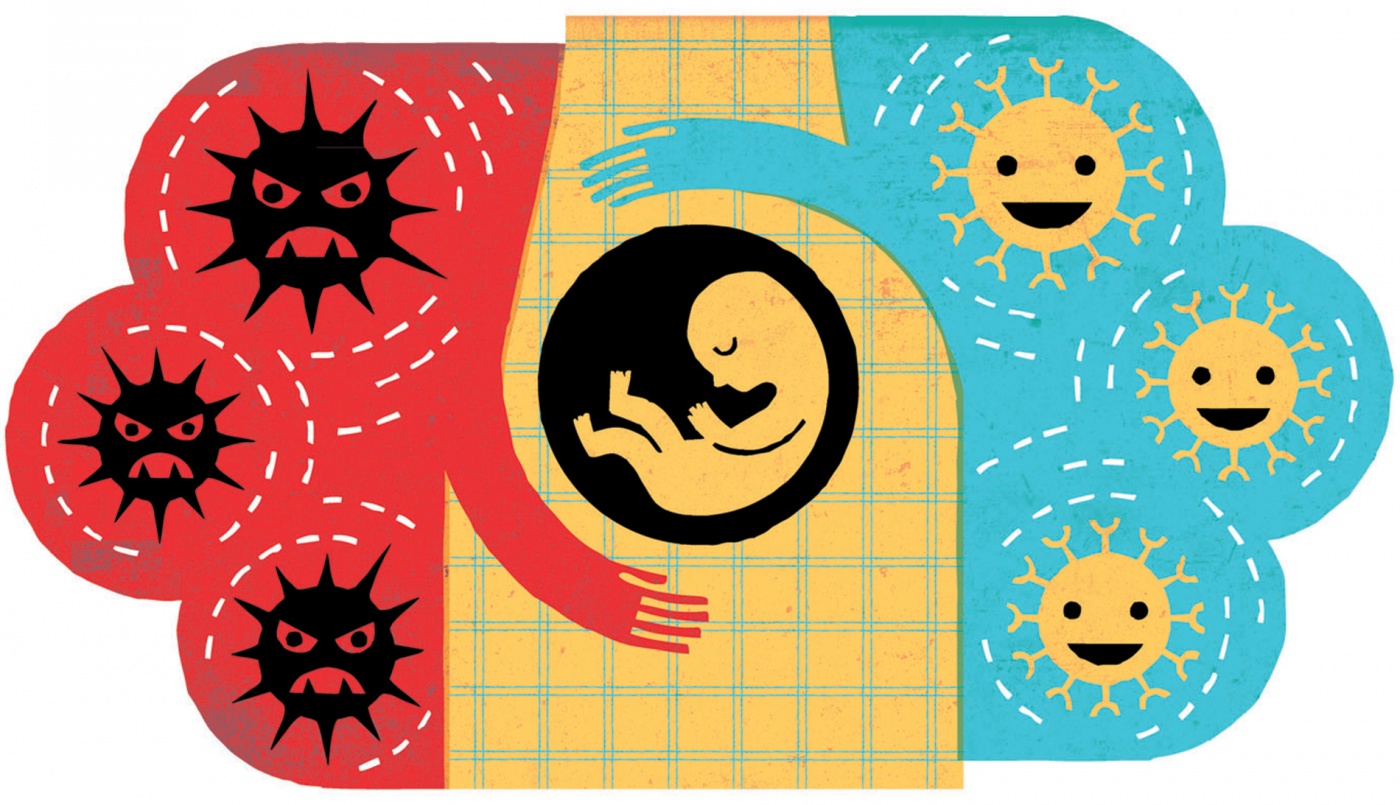 Why does the immune system accept a fetus?

The body’s immune system evolved to fight foreign microorganisms such as bacteria or viruses. But what about when the visitor is very much wanted, say, in the case of a developing fetus, half of whose DNA is foreign to the mother?

Warren “Jay” Huber, a third-year fellow in Reproductive Endocrinology and Infertility in the Alpert Medical School’s Department of Obstetrics and Gynecology, is researching this question in hopes of better understanding how a woman’s immune system affects an embryo’s chance of implanting and developing during IVF treatment.

“In the world of pregnancy, once the mom becomes pregnant she’s now carrying a half-foreign, semi-allergenic fetus, where half of that fetus’s cells are not [her] self,” says Huber. “So there has to be a change in the maternal immune profile to not only accept this half-
foreign fetus but to protect it and nurture it and assist it in its growth and development.”

What is it that changes in the immune system to either encourage or discourage the pregnancy’s success? Huber and his colleagues have examined blood samples of fifty women in a pilot study designed to characterize how changes in a woman’s hormone status impact the immune system. They first sample a patient’s blood at the beginning of an IVF cycle; then again five to eight days later, right before the embryo transfer; and again about ten days later, at the time of the pregnancy test.

“We want to see if the percentage of friendly [immune] cells changes,” says Huber. They will then calculate how these ratios correlate with pregnancy outcomes. The results could help women undergoing IVF understand whether immune therapy would improve their chances of conceiving. 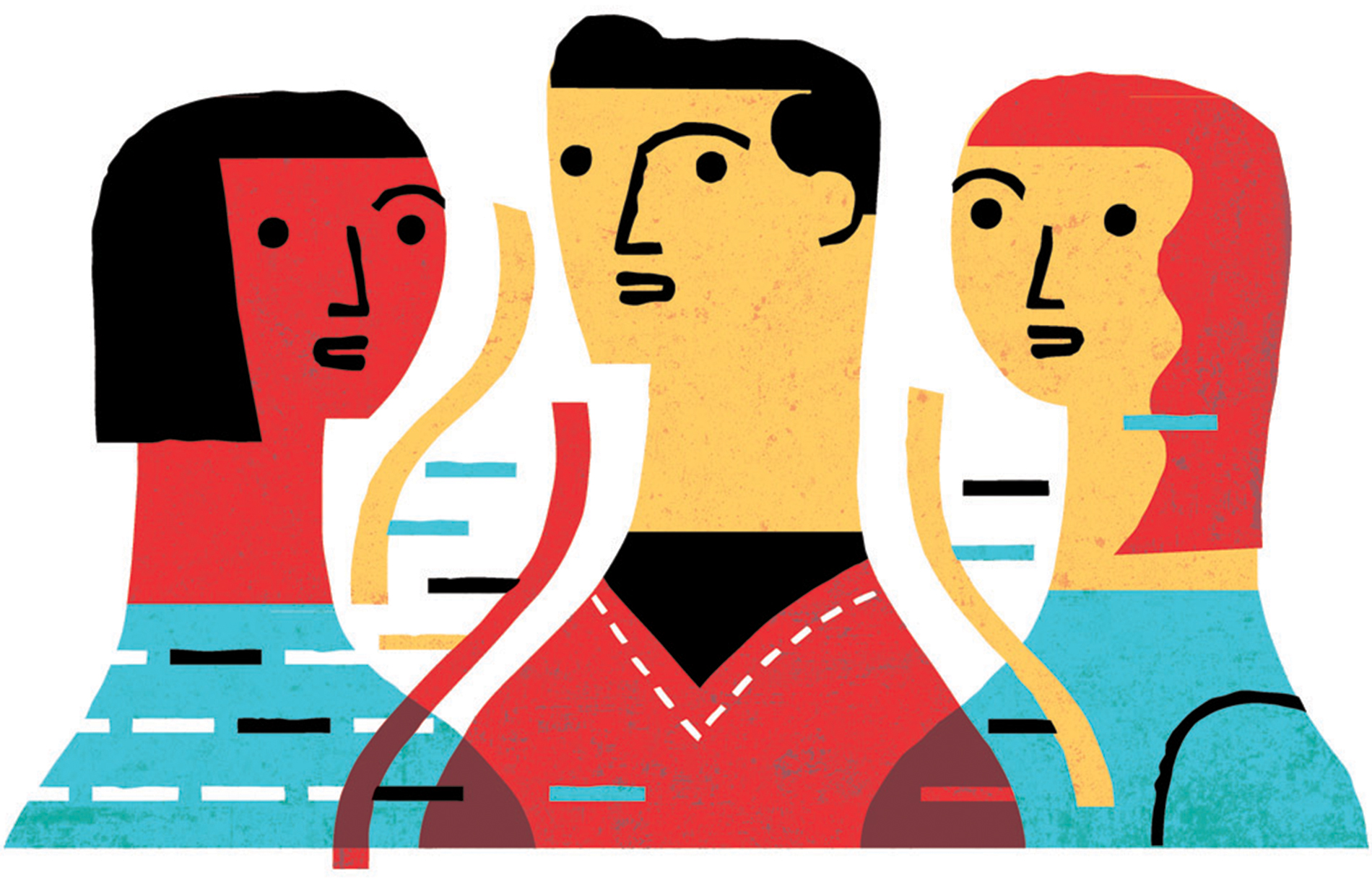 We can build a healthier baby. But should we?

In the field of assisted reproduction, aspects of the sci-fi future have already arrived. In Japanese labs in 2016, teams of researchers created mouse eggs from stem cells. They fertilized these engineered eggs with regular mouse sperm, leading to the birth of healthy baby mice. Scientists could potentially one day do the same for people, creating eggs and sperm from human skin cells. Also in 2016, John Zhang, M.D., a New York–based fertility specialist, working in Mexico where, he quipped, “there are no rules,” created what the media dubbed a “three parent baby,” replacing part of an embryo’s mitochondrial DNA with that of an egg donor. The objective? To prevent the child from growing up with the rare neurological disease its biological parents risked transmitting.  U.S. law bans the procedure, which is legal in the U.K. Mitochondrial therapy has since been successfully done elsewhere. Most recently—April 9th—a 6-pound boy was born in Greece using the procedure.

Such tinkering doesn’t necessarily require an extra “parent,” however: A scientist in China recently claimed to have edited a gene in two embryos before transferring them to the uterus, in order to make the babies resistant to HIV.

Eli Adashi, Professor of Medical Science at the Warren Alpert Medical School, analyzes the complex moral questions raised by these innovations through a lens of medical science, ethics, and legal theory. We can tinker with an embryo’s genes—but should we? What would it mean to create embryos from skin cells? And should these kinds of treatments be freely accessible? The Chinese doctor,  He Jiankui, was broadly condemned by the medical community for acting irresponsibly in altering human genetic code.

In general, Adashi sees such advances as positive.  In addition to disease prevention, research using genome editing could yield major insights into the process of human reproduction as well as creating ways to make fertility treatments more successful. In mitochondrial therapy, as in the “three parent baby,” Adashi notes it “will prevent very, very serious afflictions.” These are children who—without the controversial treatment—would live brief and pain-filled lives, Adashi points out.

The creation of eggs and sperm from skin cells raises bigger questions, ones he hopes will be subject to robust public debate: “It’s not as if society is going to be able to just sit by as these things come along.”

Adashi also researches access to infertility treatment, which in the U.S. is extremely variable, depending on state laws and what individual insurance plans offer. Without broadly mandated insurance coverage, Adashi notes, family-building lies beyond the reach of infertile couples who lack the more than $20,000, on average, it takes for a single IVF cycle. That’s an ethical dilemma for Adashi, who considers having a child a human right. “It’s the only thing that maintains our civilization, perpetuates our species,” he says. “There’s nothing more fundamental than reproduction.” 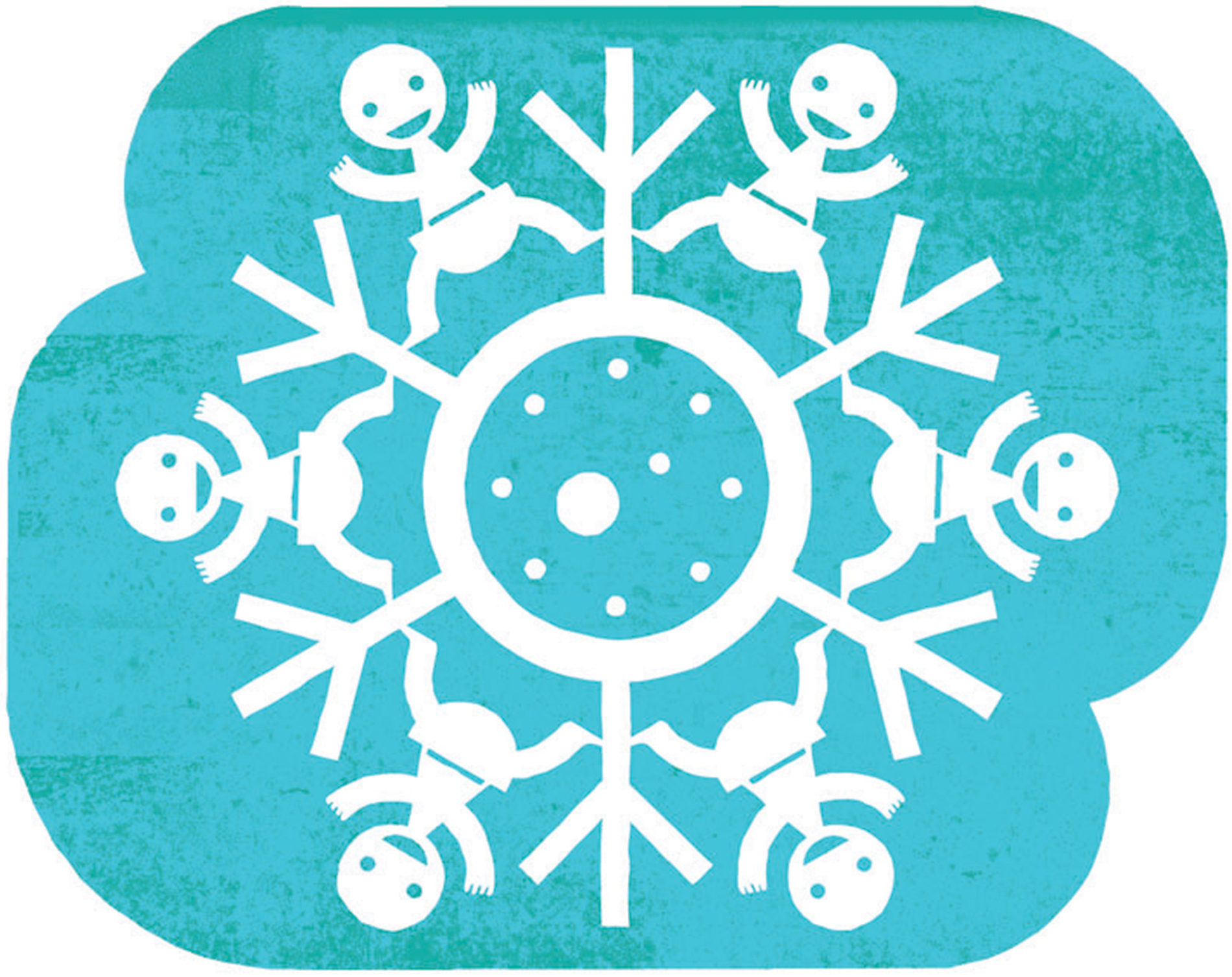 Warren Alpert Medical School Assistant Professor Eden Cardozo, a reproductive endocrinologist who directs the Women & Infants Fertility Center, was charged with improving access to the program for patients for whom fertility preservation—for example, freezing eggs or sperm—was medically indicated, as with cancer patients or transgender people about to start medical transitioning. Cardozo quickly realized she had a problem. All too often, someone would schedule a first visit,  then cancel the appointment once they learned that their insurance policy didn’t even cover the initial consultation.

She walked into her then-boss’s office and told him, “If you want me to do this, I think we need to pass a bill.” For years, Rhode Island has been one of a handful of states that requires insurers to cover IVF. But “anticipated infertility”—such as that caused by medically necessary treatment such as radiation, chemotherapy, or gender confirmation surgery—was not covered under the law.

Cardozo worked alongside attorneys, lobbyists, and others to draft a bill that would require fertility preservation coverage for women and men of reproductive age if the treatment they are prescribed can lead to infertility. The bill passed in July 2017.

“The numbers of patients who really need this service are quite small, but the life impact is huge,” she says, given the direct effect on a patient’s ability to have biological children—or not. Cardozo is currently working with like-minded reformers to pass a similar law in Massachusetts and sees more such work in her future. “I definitely got bit with the advocacy bug after this experience,” she says.

Reader Responses to No Accident