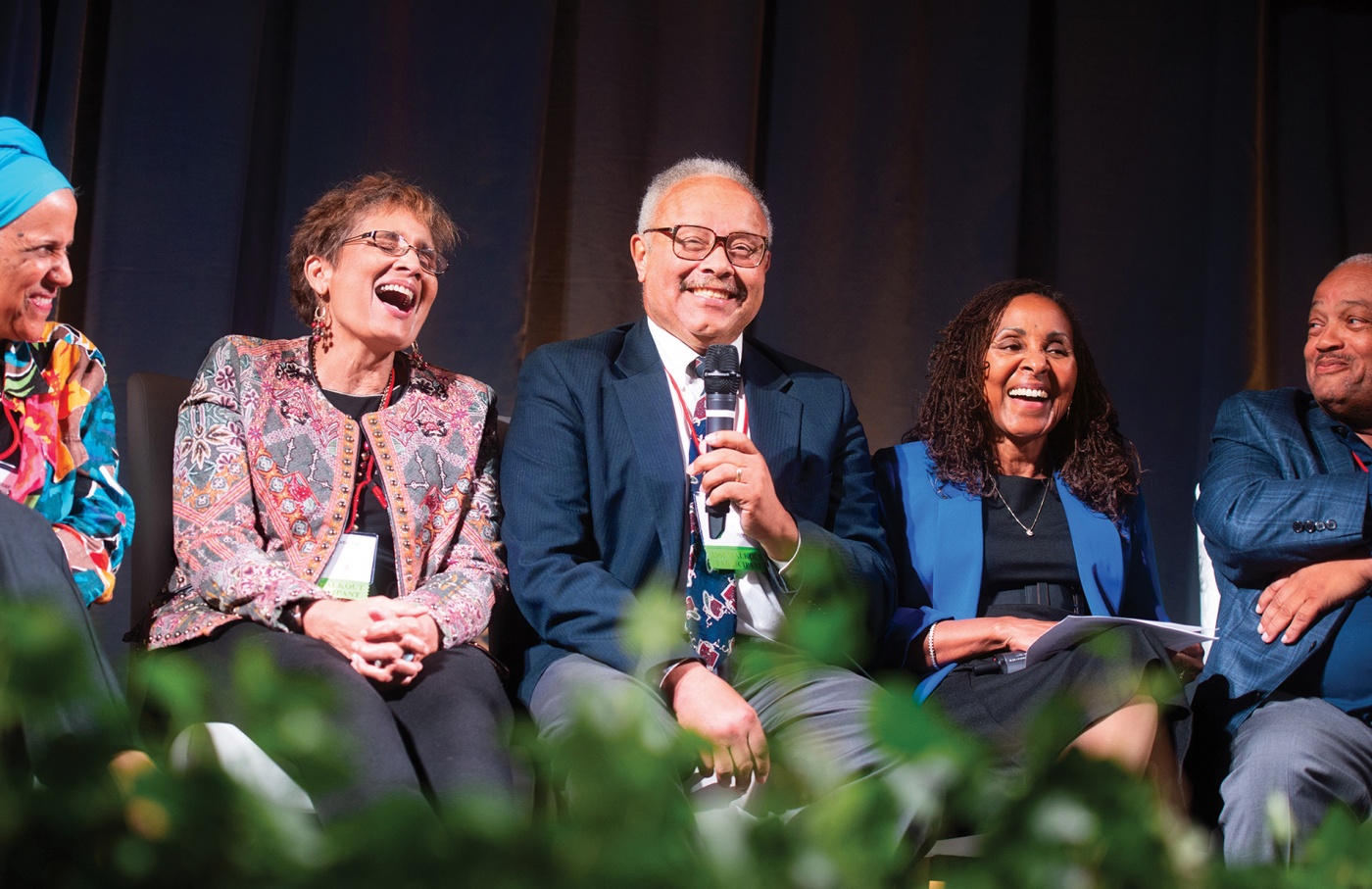 “Not all of us were eager to participate in it.” This is how the Hon. Ted Sherrod ’69, a judge in Chicago, recalls Brown’s legendary Black Student Walkout of December 1968, during which 65 of the then 85 black students enrolled at Brown—2.3 percent of the student body at the time—marched down College Hill to the Congdon Street Baptist Church, occupying it to protest the lack of both black students and faculty at the University. They were there for five days before the administration agreed to take steps to increase African American admissions, staff, and financial aid to black students.

“We were risking losing scholarships, and even expulsion,” recalls Sherrod.  “Some of us had to be recruited—and Ken helped recruit me. He was very persuasive. It was difficult to say no to such a great guy—and thanks to Ken, I did the right thing.”

Sherrod is talking of Kenneth McDaniel ’69, the spokesperson for the Walkout, who died of a heart attack on June 11 at home in Cranston, Rhode Island, after a long and distinguished career that included numerous service roles for the University such as on the Board of Trustees, the Alumni Association’s Board of Governors, the Multicultural Alumni Committee, and the Advisory Council on Relations with Tougaloo College. McDaniel, who retired in 2003 from the Naval Undersea Warfare Center in Newport after 32 years, was also heavily involved in the creation of STEM adjunct programs in Newport and Providence public schools and had been recently reelected as president of Providence’s Times2 STEM Academy.

He is also survived, of course, by a half-century of students of color at Brown who became the legatees—and, often, the engineers—of an ongoing struggle for greater parity and inclusion at the University sparked by the ’68 walkout, which played a role in increasing black enrollment at Brown to 8.9 percent by 1972. (Current University-wide black enrollment is 6.4 percent; blacks make up about 13.4 percent of the U.S. population.) And McDaniel is survived by classmates who vividly remember his warmth and altruism.

“He always put the needs of others ahead of himself,” recalls Sherrod, who says he was McDaniel’s houseguest for every class and black alumni reunion since 1999. “He loved helping others in any way he could, whenever he could. I would regret it to this very day if he hadn’t persuaded me to put aside my fear and selfishness to become part of something [the Walkout] much greater than myself.”

“Ken was wonderful, kind, considerate, sweet, mild-mannered, calming, and an all-around good guy,” says Thelma Austin ’69, a D.C.-based book publisher who took part in the Walkout. “It wasn’t just a walkout, but a walking in, to the future of Brown.”

Austin reconnected with McDaniel when they were planning their 50th reunion earlier this year. “Then in person, we were just friends again, and it was like the 50 years never happened.”

Susan Anderson McDaniel, a staffer at Providence Country Day School who met McDaniel 30 years ago while producing a cable TV show on his efforts to recruit black engineers via paid internships, says that her husband was not only “one of the most honorable and principled people I’ve ever met,” someone “who would help anybody,” he was also incredibly handy. “He could fix anything. I said to him, ‘You’re the prince, but I’m waiting for the frog to come out. You’re too good to be true.’ To be honest, he was absolutely my hero.”

Working to bring young people of color into the sciences was a through-line of McDaniel’s life, a reason why he was so involved in the development of the Times2 Academy in Providence. “He loved to hear other people’s ideas and find a way to make them a reality,” says Stanley Thompson, an executive at the Heinz Endowments in Pittsburgh and the former executive director of Times2. “He was constantly talking to teachers to find out if they had particular needs,” including books and furniture, which McDaniel would work to procure for them. “That’s the kind of person he was.”

Paul Simas, a Providence project management consultant and longtime friend of McDaniel, said, “He really wanted underprivileged kids to have true opportunities in tech and systems management and even got them trained into jobs that paid up to $70,000. He was truly the most selfless and committed person I’ve ever met.”

Yet, according to Susan Anderson McDaniel, the ’68 Walkout remained a seminal event in the lives of McDaniel and his fellow protesters. “They were incredibly proud of that moment,” she says. “I can’t explain how life-changing it was for them.”

On the 50th anniversary of the Walkout, in December 2018, McDaniel told the Brown Daily Herald: “I called my father the day before the Walkout and told him it was going to happen.… There was some potential that he could lose his job because of it. He was working for a land grant college down in Virginia—it was still a segregated state-wide system,” McDaniel recalled. “It was a very quick conversation. He said, ‘What else have you considered doing? Is it the right thing to do? Then I guess you have to do it.’”

Dr. Ido Jamar ’69, ’74 ScM, ’77 PhD, a retired math educator in Atlanta who took part in the Walkout, remembers McDaniel as an ideal spokesperson for the protest. “Behind the scenes, a group of us would decide on a brief message for the press, and he carried out his task perfectly,” she recalls. “It was never about Ken. It was about what needed to be done.”

At the group’s fiftieth reunion this year, recalls Anderson McDaniel, she marched down College Hill with her husband and the other Walk-outers for the first time. It was moving for him “to see the faces of the younger alumni greeting them, all the students of color shouting ‘Thank you!’ to these old lions and lionesses who started a change for them,” she says. “Ken was high-fiving them all the way down the Hill.”
—By Tim Murphy ’91