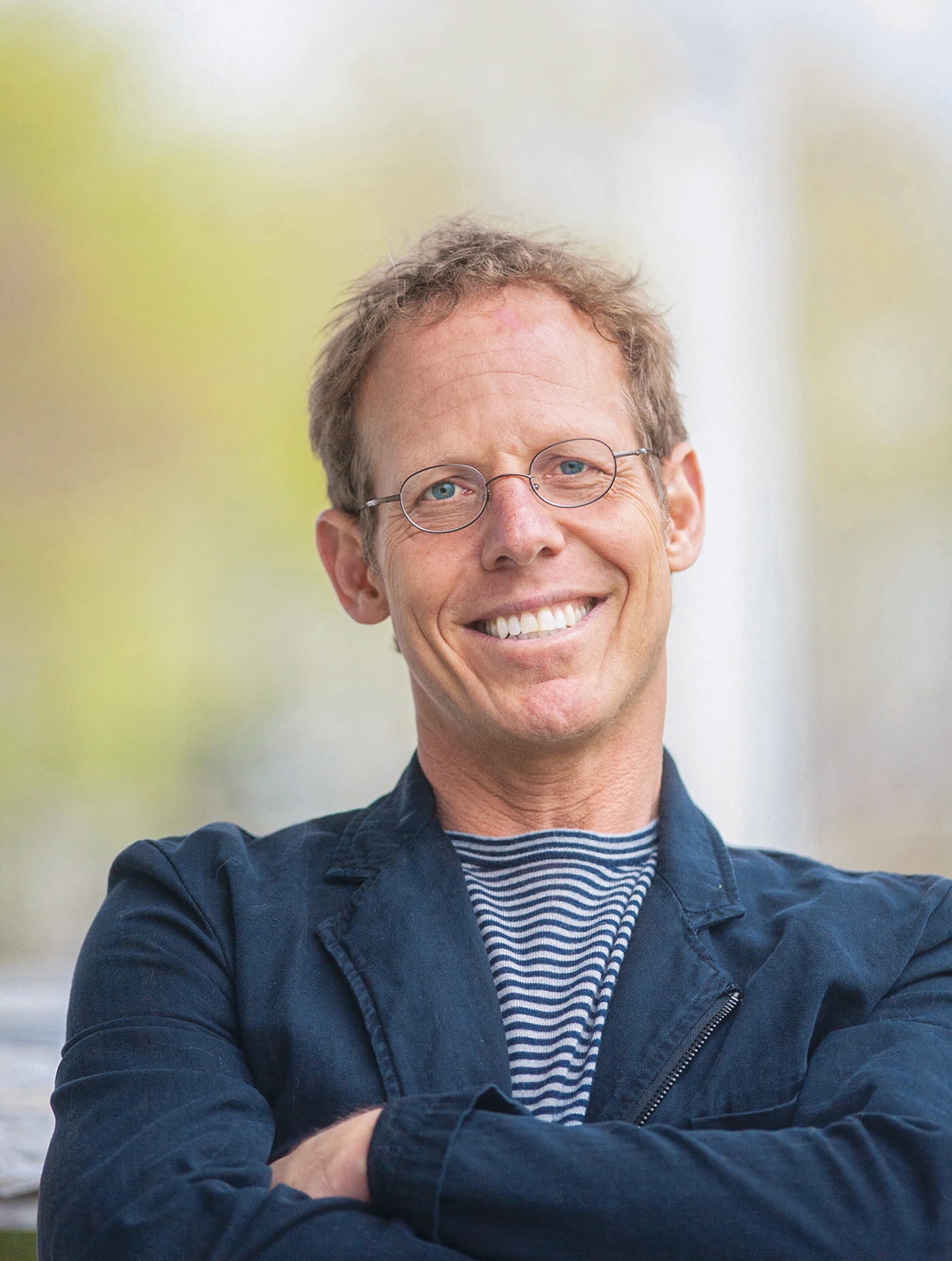 Although I read Confederates in the Attic when it came out and hit the bestseller lists in 1999, I did not meet its author, Anthony Lander Horwitz ’80, in person until I was an associate professor of history at Brown in the fall of 2007. At the time, Tony was a fellow at the John Carter Brown Library.  I had already noticed the smiling figure in the back of my class and wondered who he might be, given that he was older than most undergrads (but not all of them, given Brown’s Resumed Undergraduate Education program). After the first couple of lectures, Tony came and asked if he could sit in for the rest of the semester. It is telling that even though Tony was at this point a Pulitzer Prize—winning author with a history degree from Brown—magna cum laude and Phi Beta Kappa no less—he did not try to talk his way into some upper-division graduate seminar. Rather, he wanted to take the introductory survey of America to 1877, known to generations of Brown history concentrators as History 51. (Tony was a silent onlooker in my class, but my colleague Mike Vorenberg, who regularly assigns Confederates in the Attic in his popular Civil War and Reconstruction course, took advantage of Tony’s presence on campus to invite him to speak to his students, an experience Mike describes as the “high point” of the semester.

In my case, Tony’s sitting in on lectures soon turned into lively after-class discussions, and before long he was a regular at our house on College Hill. He and my wife, Marie Myung-Ok Lee ’86, and I would linger over dinners of Korean food (Tony loved spicy cuisine) to discuss life, history, and writing.

Anyone lucky enough to have met Tony was sure to find themselves deep in animated discussion before long. Tony had that rare talent to be able to draw anyone into conversation. In part, this was an acquired skill—how to listen and how to ask questions—honed over many years as a reporter and war correspondent, first at the Sydney Morning Herald, then at the Wall Street Journal—where he won his Pulitzer—and the New Yorker, and finally as the author of a number of acclaimed nonfiction books. But more than that, it sprang from Tony’s boundless curiosity and respect for others. He believed that everyone possessed a story of value—and that it was his responsibility as a writer to unearth it and share it with the rest of us.

Readers got an early glimpse of Tony’s ability to find common humanity in the most unlikely of circumstances in his second book, Baghdad Without a Map and Other Misadventures in Arabia, a travelogue published in 1992. Venturing out into the midst of an anti-American protest in downtown Tehran, Tony somehow managed to chat up a chanting demonstrator who, between shouts of “Death to America!” confided to Tony his dream of taking his children to Disneyland so they could enjoy the “teacup ride” together.

In later works, Tony explored early America (A Voyage Long and Strange: Rediscovering the New World) and the Pacific (Blue Latitudes: Boldly Going Where Captain Cook Has Gone Before). But the terrain to which he returned again and again was the American South, that Faulknerian landscape where past and present bleed into one another around America’s still unresolved questions of slavery and race, memory and forgetting.

In Confederates in the Attic: Dispatches from the Unfinished Civil War, Tony created a genre all his own that he termed “participatory history.” It was a unique blend of archival sleuthing and getting one’s “hands dirty,” as he once put it, by engaging with real-life artifacts and historical sites. Tony wrote in first person about his experiences rubbing shoulders with African Americans preserving the antebellum handicraft traditions of their ancestors, park rangers, and “hardcore” Confederate re-enactors. This last group, in particular, cast in sharp relief Americans’ fraught relationship with their past. Self proclaimed hardcore re-enactors go to extraordinary lengths to get the details of their performances right. They starve themselves so as better to resemble the gaunt southern soldiers found in Matthew Brady’s Civil War photographs. They soak the buttons on their uniforms overnight in urine to achieve the appropriate patina. But they could not admit that the Confederacy they so avidly sought to recreate was a white supremacist undertaking.

It would be easy to caricature such folks as irredeemable, but Tony’s gift was to render them as three-dimensional individuals, all the more human for their flaws. Spying on the South: Across the American Divide, the book he had just released when he unexpectedly passed away at age 60 last May, revisited many of these themes, this time refracted through the antebellum journeys of Frederick Law Olmsted. Best known today as the landscape architect who designed New York’s Central Park, Olmsted led a double life in the 1850s as an anti-slavery writer, reporting on conditions on Southern plantations as the nation unraveled into secession and Civil War. In retracing Olmsted’s steps from the Upper South to the Texas-Mexico border and back, Tony managed to cast a fresh light on the fault lines between blue and red America that dominate our current historical moment.

In recent years, as Tony and I undertook separate projects that converged unexpectedly on Texas, we enjoyed sharing the latest tidbits with one another about the Lone Star State—everything from what to do in Austin to the details of Kickapoo Indians and their remarkable nineteenth-century diaspora from the Great Lakes region to the Mexican border town of Eagle Pass/Piedras Negras.

Tony, who lived on Martha’s Vineyard—where he was an avid member of the local softball team and lived in a house that was, unsurprisingly, awash with books—last visited us in February. His book on Olmsted was about to be released, and he had come to Manhattan to meet with his publisher and plan his publicity tour. Over another dinner together, he regaled us with stories about his recent rambles across Texas, which included a concussion he acquired when the mule he had been riding gave him a nasty kick. It must have been an unnerving experience, but in Tony’s telling it became one more amusing anecdote of an East Coast writer out of his depths in the wilds of Texas. Afterward, I walked with him to catch a taxi back to his hotel and watched him vanish into the chilly New York City night.

Tony Horwitz is survived by his wife, the novelist Geraldine Brooks; sons Nathaniel and Bizu; his mother; a sister; and a brother. —Karl Jacoby ’87

Thank you for running an extended obituary on Tony Horwitz ’80 (Farewell, Sept/Oct). Tony’s skill at “how to listen and how to ask questions” was indeed remarkable. He learned some of that in his first job. Peter Goldberger ’80 and I recruited Tony to come to Mississippi to be a union organizer. We were working with, and inspired by, a small team of former United Farm Workers staff. Tony was gifted at befriending and learning the stories of pulpwood cutters and their families. Thousands harvested timber to feed a network of paper mills. Their work was dangerous, physically demanding, and very low paid. Tony eventually chose to be a journalist instead of an organizer. But it’s no coincidence that 15 years later he won a Pulitzer Prize for “stories about working conditions in low-wage America.” Tony had returned to Mississippi, taken jobs inside chicken processing plants, and told the stories of the refugees, immigrants, and wives of woodcutters who still worked inside.