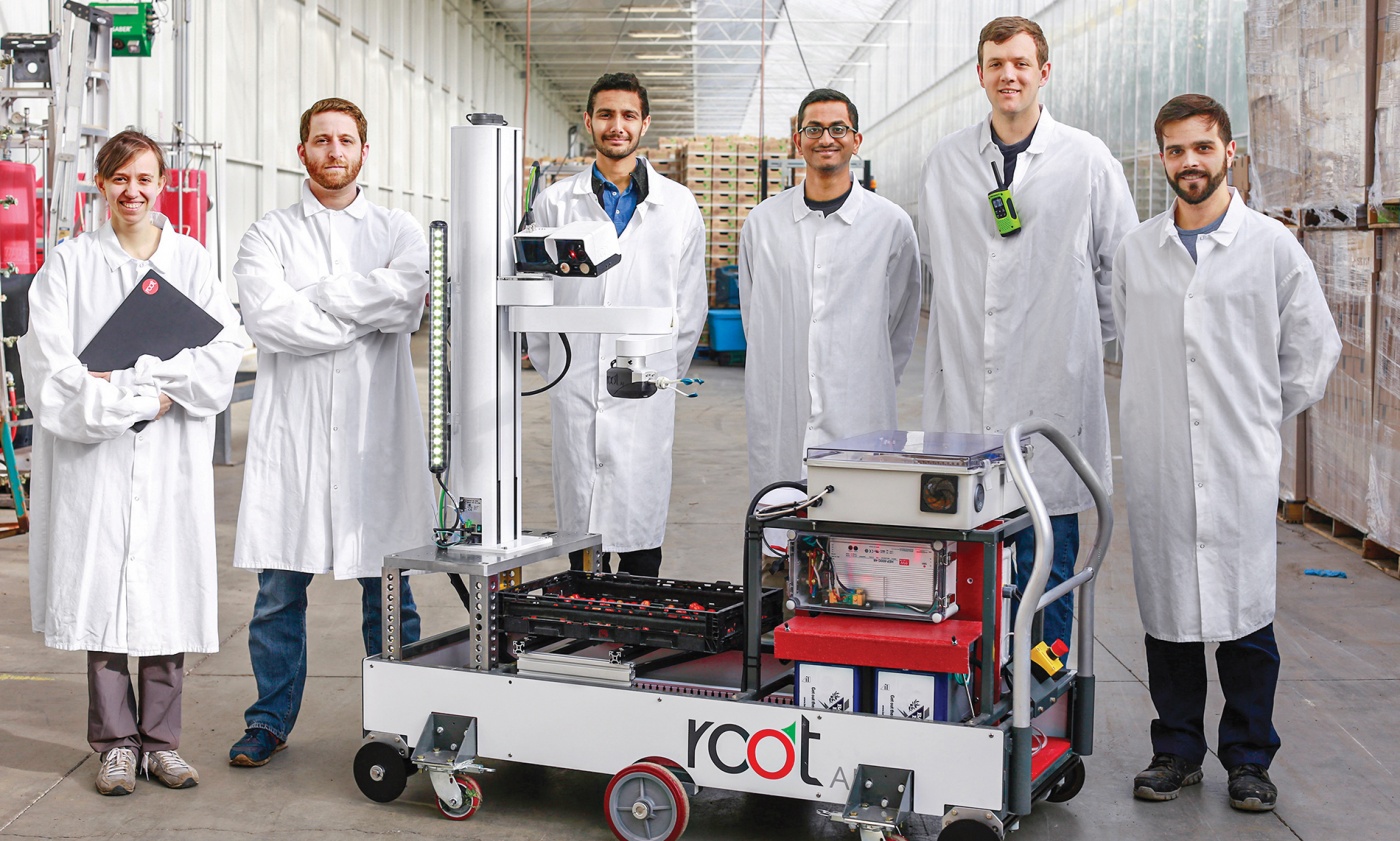 Josh Lessing, second from left, with the Root AI team at a California farm in February.Jason A. Chrisos

By this time next year, the tomato you eat in your salad could be picked by a robot. That’s the vision of Josh Lessing ’04, CEO of Root AI, a pioneering new company that is using robotic technology to precisely control all aspects of growing and harvesting crops. The goal, he says, is to address shortages in farm labor while making up for a century of blanketing croplands with water and chemicals. “The collateral damage of using heavy amounts of pesticides and herbicides means we are going through tons of petrochemicals,” Lessing says. Right now, agriculture worldwide uses 70 percent of water and produces 24 percent of carbon emissions. As the global population increases to 9.7 billion by 2050, it’s a system that is fundamentally unsustainable.

Root AI uses computer vision and mechanical arms to farm on a plant-by-plant basis. “What if we spot infestation at the level of the first plant exposed to it, and just spray pesticides on that one plant?” Lessing asks. Everything from temperature to water use to fertilizer could be individually controlled inside a greenhouse to dramatically cut resource usage and deliver crops close to where they will be consumed.

Growing up on Staten Island in New York City, Lessing became interested in science early. “I’d be at recess with little bottles of potions I’d made, pouring them on plants and taking notes in hopes I’d made a better fertilizer.” He was drawn to Brown because of its individualized approach to education: “I could take as many science and math classes as I could possibly want.” After graduation, he stayed at Brown to work with Professor Christopher Rose Petroff on advanced x-ray machines, before moving on to MIT and Harvard.

Since its founding in early 2018, Root AI has raised $2.3 million in venture capital and begun trials on grape and cherry tomatoes. The robotic capabilities have been available for a long time, but, Lessing says, “what these machines have lacked is intelligence.” The company’s breakthroughs in computer vision and processing power allow its robots to identify crops amidst a complex background and make decisions on the fly about what a plant needs and when it is ripe. The company plans to start picking cucumbers, peppers, and strawberries next year, and make its robots broadly available by 2021. “We hope to deploy everywhere,” Lessing says, “and make farming more sustainable and efficient around the world.”