Battling the Beast
Working the frontlines for the CDC 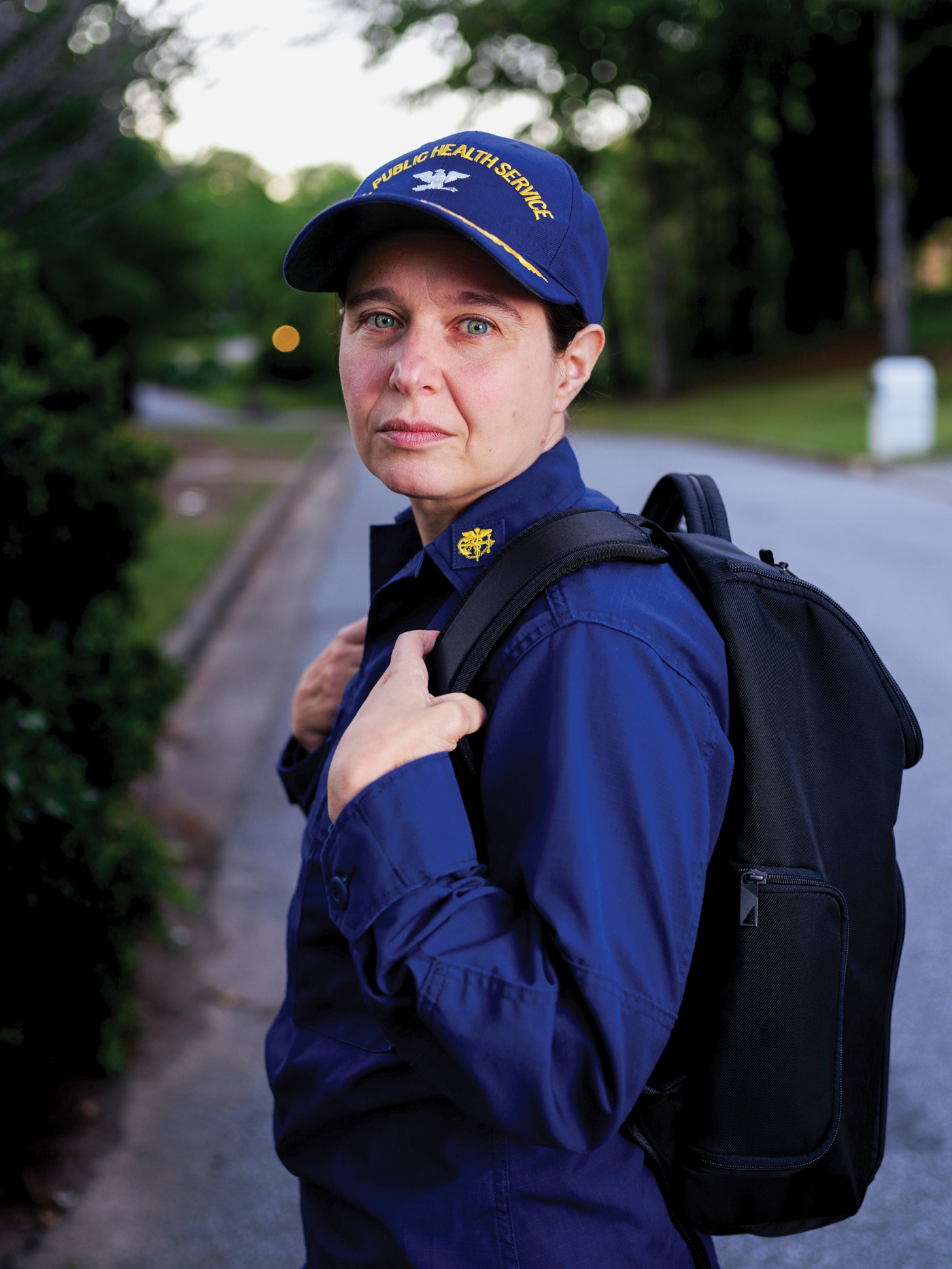 January 6, 2020, is a day Amanda Cooper Cohn ’97 will always remember. That’s the day Cohn, the acting director for the National Center on Birth Defects and Developmental Disabilities at the Centers for Disease Control (CDC), and CDC researchers noticed a troubling cluster of pneumonia cases being reported in China.

That cluster has since grown into a pandemic that healthcare workers have nicknamed “the beast.”

“When it started, we knew it would be serious, but we underestimated how fast and furiously it would spread,” Cohn says.

Cohn was given three new duties. She now oversees work on reducing transmission through non-pharmaceutical intervention such as physical distancing. She monitors research on people who are at an increased risk of COVID-19 infection. And she supervises the Medical Care and Countermeasures Team, which advises healthcare workers on how to best protect themselves.

That last duty is especially important to her, as her husband Charles Cohn ’93 is a physician at Northside Hospital in Atlanta. Cohn herself is also a captain in the United States Public Health Service, a cadre of medical officers and health professionals that can be mobilized into service during outbreaks—meaning she could be called to the frontline anytime.

Being on the frontline is nothing new for Cohn, whose previous position at the CDC was acting chief medical officer for the National Center for Immunization and Respiratory Diseases. While there, she monitored SARS and the Zika virus and spent time in Sierra Leone during the Ebola outbreak.

“We were working not only to protect people in other countries, but to prevent the spread of the disease in the U.S.,” she says. “We always sensed there would be a pandemic one day but felt we’d be able to take care of it when it got to the United States. But COVID-19 tricked us in many ways. It doesn’t act like a normal coronavirus.”

While CDC researchers are working on a vaccine, Cohn urges the public to continue physical distancing, while acknowledging it’s a challenge for most people to balance that with trying to stay healthy, emotionally and physically. For her part, she tries to make sure she and her husband spend every evening with their three children and their new puppy, a rescue chocolate Lab.

Cohn graduated from Brown with a degree in English, then pursued a medical degree from Emory School of Medicine and a residency in pediatrics at Boston Children’s Hospital. She joined the CDC in 2004. “I always wanted to be a physician,” she says, “but I became an English major because I didn’t feel I was a good writer. Translating science into simple communication for the public is an important skill.”

Reader Responses to Battling the Beast