Created Equal
RBG’s brilliant arguments in the fight for gender and racial equality. 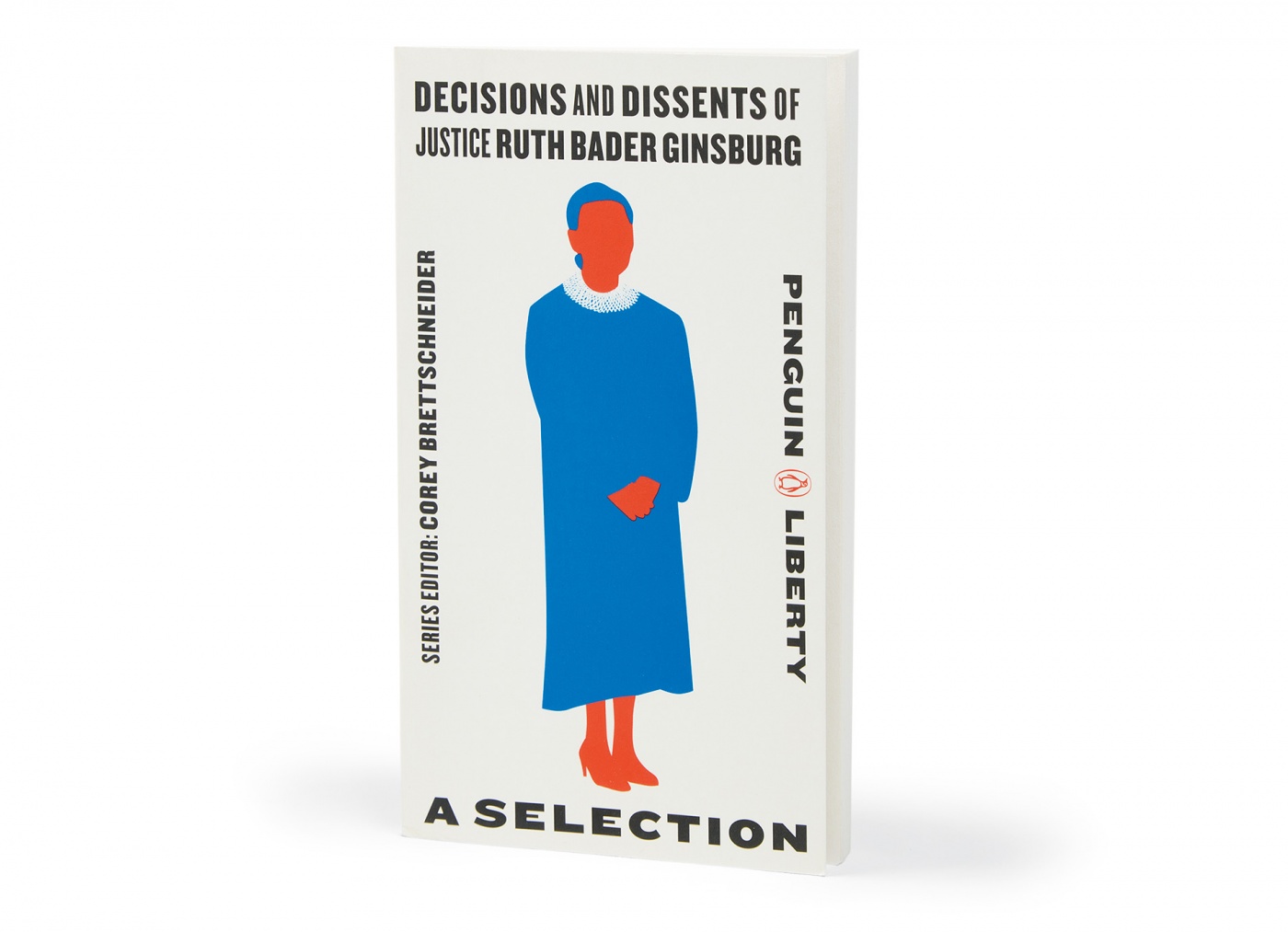 “I hope this book contributes to her legacy by teaching people, through her writings, what she stood for and accomplished,” Brettschneider told BAM. She was a popular icon, he grants, “but also the brilliant legal mind whose influence played a critical role in the project of constitutional liberty.”

The book was published in early September, just days before Ginsburg died after 27 years as a U.S. Supreme Court justice, the second woman and, for several years, the only woman on the nation’s top court. Her fiery dissents as the Court became more right-leaning earned her the moniker “Notorious RBG,” and her pop culture appeal made her the only Supreme Court Justice to appear in a workout book, an opera, and a viral song (the latter was based on her dissent in health insurance/contraception case Burwell v. Hobby Lobby).

Ginsburg faced discrimination as a young lawyer—despite graduating at the top of her Columbia Law School class, she was unable to secure a clerkship until a professor intervened—and her early writings telegraph her belief in equal rights for women, arguments she later extended to minorities of all kinds, including racial minorities. In the 1996 majority opinion for United States v. Virginia, which opened to women a previously all-male military leadership school, she observed: “A prime part of the history of our Constitution … is the story of the extension of constitutional rights and protections to people once ignored or excluded.”

To achieve that goal, Justice Ginsburg supported affirmative action. “Ginsburg’s view of liberty does not involve being race- or gender- blind,” Brettschneider explains, “but taking active steps to ensure ... stereotypes and outright discrimination do not prevent marginalized groups from full participation in society.”

Decisions is part of a planned six-book series, Penguin Liberty. Also out now is On Impeachment: The Presidency on Trial, with excerpts from the articles of impeachment for Andrew Johnson, Richard Nixon, and Bill Clinton. The widely published Brettschneider is series editor, and says future volumes are planned on topics such as free speech and religious freedom.