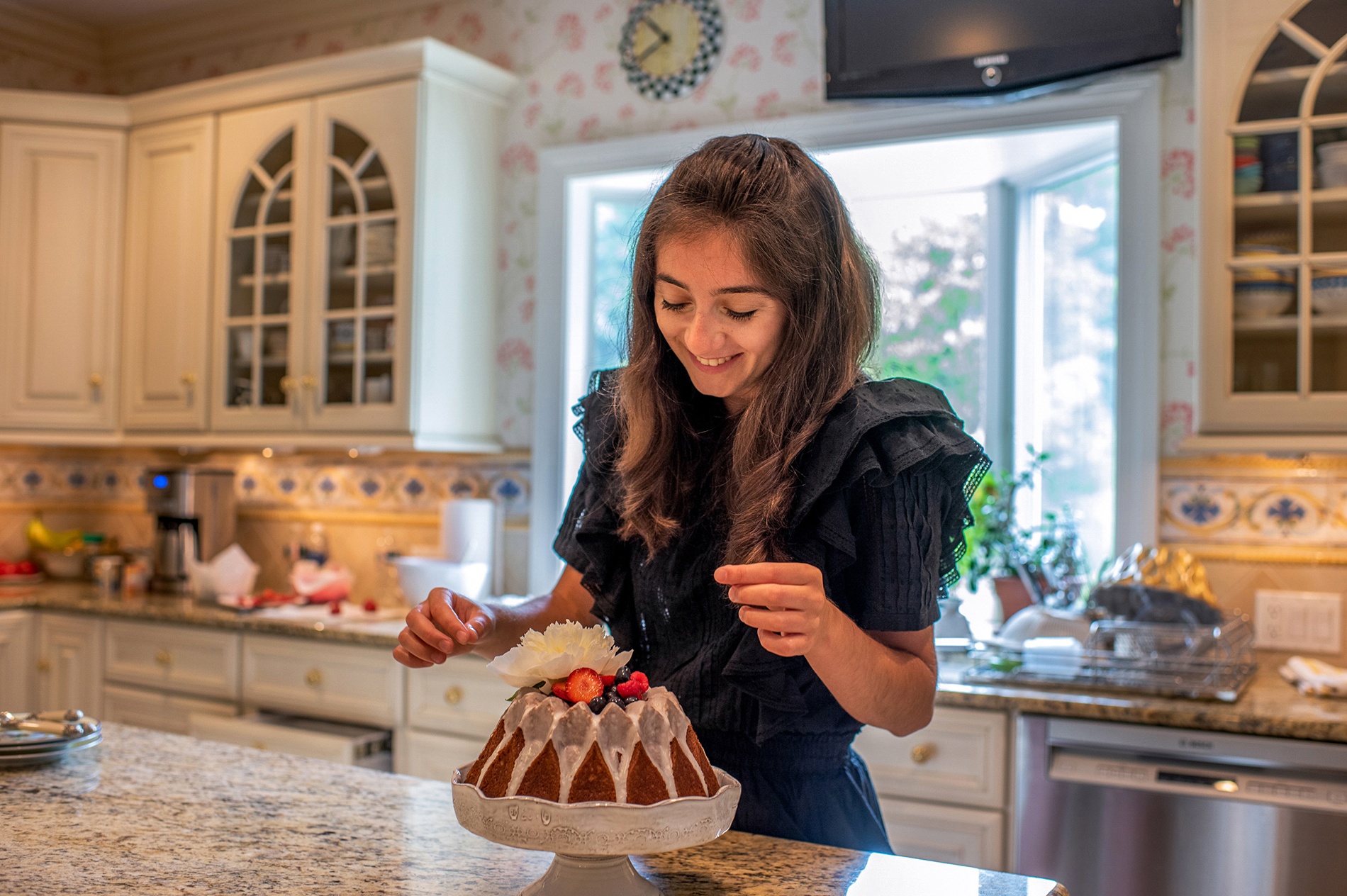 My father is Italian-American, and my mother is Yugoslav. It’s an understatement to say that food is such a huge part of both cultures. I’ve visited Serbia fourteen summers in a row, watching my grandmother, Baka, meaning “grandmother” in Serbo-Croatian, make a dish called Banica. Growing up, I would also watch both my mom and dad cook and bake, and Parmigiana di Melanzane, my other grandmother’s signature dish, is the family favorite especially at Christmas and Easter. A framed copy of the recipe sits on her kitchen counter. Cooking was a family affair, with my mom leading the way. I would take care of desserts. In eighth grade I picked up my family’s camcorder and began filming recipes in the kitchen.

I love any type of pasta to eat but for taking photos, dessert is always the most fun. An orange almond cake covered in a rich chocolate ganache is one of my favorite desserts to bake...and eat. It might sound complicated, but it is really easy to make. During quarantine, I’ve been experimenting with a ton of different flavors and trying out new desserts.

On my Liszt
In 2015 I had the opportunity to study piano at Universität Mozarteum in Salzburg, Austria. The city is a beautiful, picturesque intersection of delicious pastries like sacher torte and centuries-old music. The following year I traveled through Germany on a piano tour and a quest to find the best apfelstrudel, performing on Liszt’s own piano in Weimar, and in Leipzig and  Berlin. Carnegie Hall was my next stop later that year when I performed Chopin’s Ballade No. 1.

I started my website, Food Finessa, in 2014 when I started posting recipes, photos, and videos. During my senior year of high school I decided to pursue an internship involving food journalism so I reached out to the Providence Journal. I’ve been doing freelance recipes and food photography with other newspapers and websites on the side ever since.

I really love the artistic side of food, and I also love the performing arts, specifically the piano, which I’ve been studying for over a decade. I like writing, but people mainly eat with their eyes, and food is really an art after all. It is refreshing to take pictures and make videos of food as a break from studying. My goal is to create stories through food. My dad always says, “It’s just a picture of food!” but I think it’s fun and rewarding to put your own style and design into it.