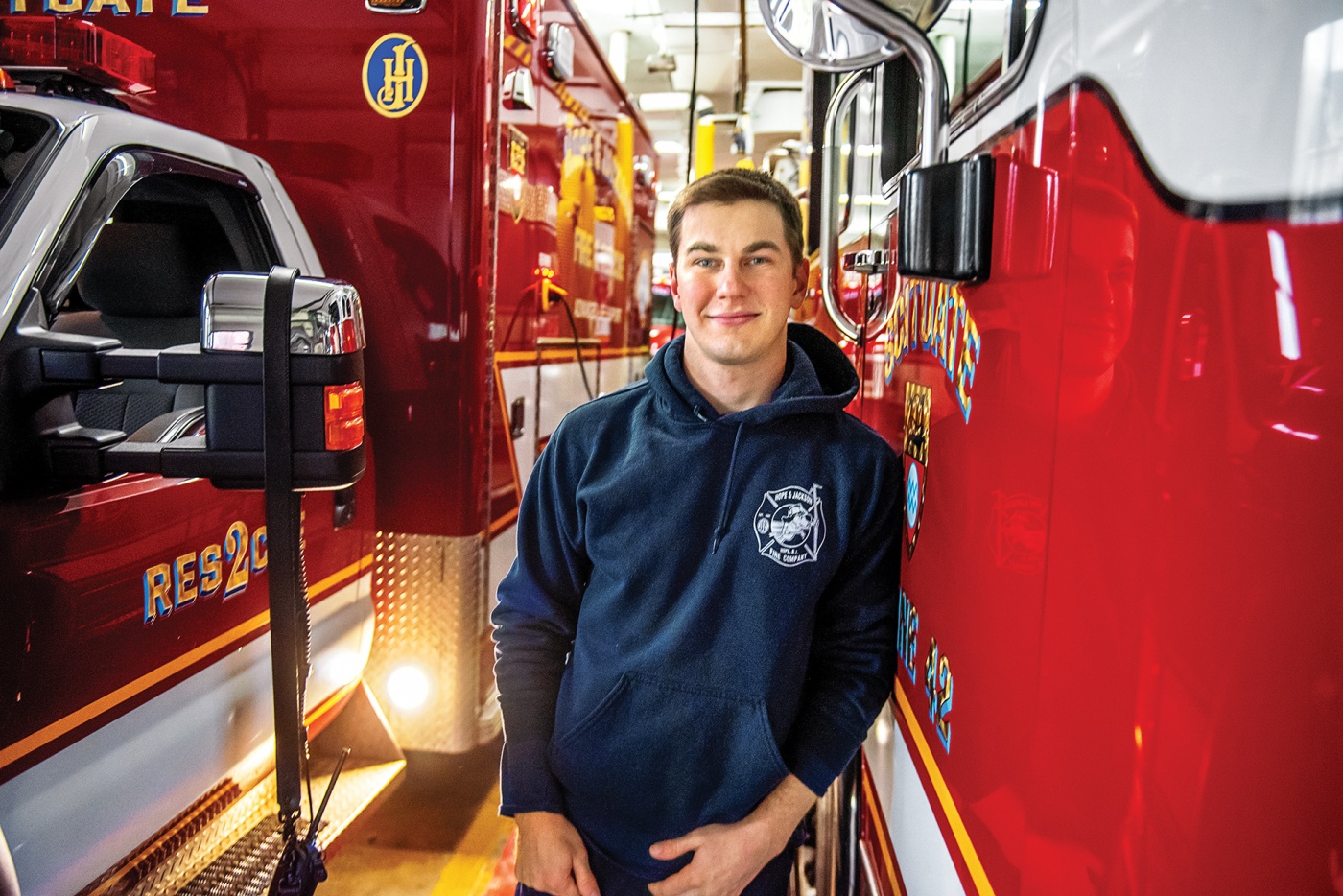 Kolya Illarionov ’21 at his pandemic home, a fire station outside Providence.Photo: David DelPoio

When Brown shut down last spring and many students found themselves back in their childhood bedrooms, Kolya Illarionov ’21, an applied math and computer science concentrator, ended up elsewhere: sleeping in the bunk room of the volunteer Hope & Jackson Fire Company in Scituate, about 15 miles west of Providence. He’d been volunteering there since the summer after his sophomore year, but with no reason to be at Brown anymore, he simply moved in—and, come summer 2020, invited his teenage brother, Theo, to come live and volunteer there too.

“Other volunteers there would say to me, ‘Your parents are gonna be so mad—you got into Brown and decided to ride a fire truck,’” says Illarionov, who grew up outside Boston. “But they didn’t hold it against me—they were just curious.” Why he volunteered there, he says, goes back to childhood: “I’d see the fire trucks go by with all their tools and get excited.” At Brown, his thirst for adventure continued; he actually set up a rope swing from the highest point of the iconic “stuck-up” bridge and rode it from one side of the Seekonk River to the other.

But don’t call him a daredevil. “I don’t like that term,” he says. “I consider it problem-solving plus adventuring.” In that spirit, he reached out to various area fire departments, but only Hope Jackson would let him volunteer without a weekly minimum of hours. He started going once or twice weekly, learning all the tools on the truck, before he was issued gear and started riding on calls.

Most calls, it turned out, ended up being medical. “Fires are pretty rare,” he says. “In my nearly two years, there have been only seven or eight, and most were small.” But he did get to the point where he was inside a burning house “on the nozzle”—he was the one aiming the hose. He hesitates to tell this story. “There’s a very strong culture in firefighting of not telling war stories or playing up your own role, because everyone is playing a part.”

Come the pandemic, he found himself doing his Brown classes on Zoom from a laptop inside the fire truck, where it was relatively quiet. “A few times I told professors I had to leave because we got a 911 call,” he says.

Even as graduation approached, he was still volunteering two or three times a week. Next year, he’ll be working in New York City for Jane Street, a quantitative trading firm, calculating probabilities to forecast markets. He hopes to get back to Hope Jackson some weekends. “I learned teamwork there,” he says. “You’re all counting on each other, so you want everyone else to be as good as possible.”