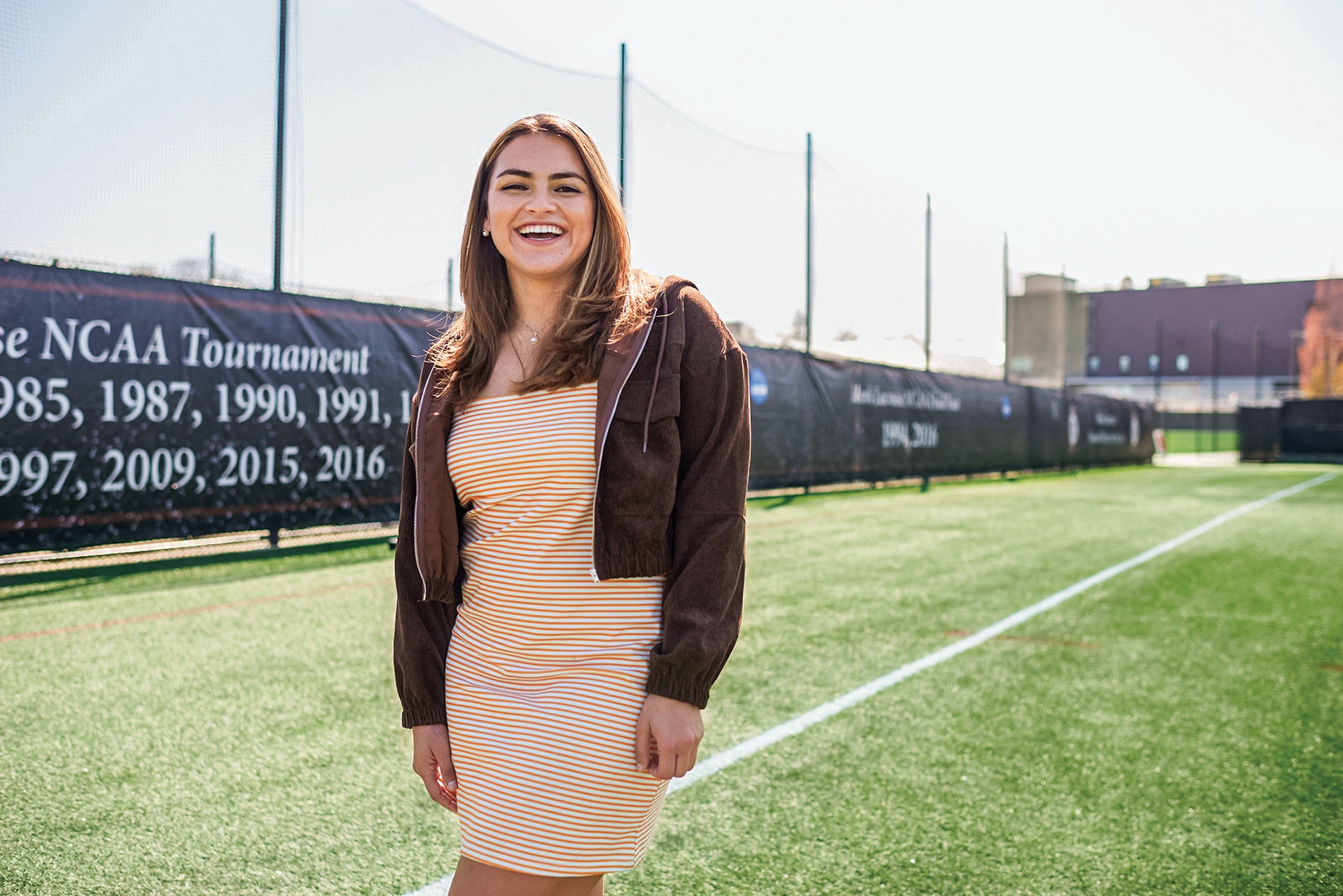 After COVID shut down Brown’s campus last year, faculty and staff had to figure out whether and how to bring students back come September—and when they formed a task force to do so, Brown President Christina H. Paxson invited María Guerrero Martínez ’21, a biochemistry and molecular biology concentrator from San Juan, Puerto Rico, to be its undergraduate representative.

Guerrero Martínez dove into the long, involved Zoom meetings. “Our task was to develop recommendations on things like creating a COVID testing protocol, establishing room capacity limits, and making sure we had the ability to quarantine people,” she says. “Meanwhile, the scientific guidance was changing almost every week, sending us back to the drawing board on dining, housing, student flow-through between rooms. I was constantly emailing students for input.”

She was so good at the work that several task force members recommended her to then–Rhode Island Governor Gina Raimondo’s state Young Adult Task Force on COVID. Working (for free) alongside reps from other Rhode Island colleges and universities, Guerrero Martínez developed a report with recommendations (many of them acted upon) including a social media public health campaign and the need to text young people for contact tracing. “No young adult picks up the phone,” she says.

It wasn’t the first time she’s put her problem-solving skills to use. In an organic chemistry lab class, working as a TA for Professor Jesse Morin, Guerrero Martínez helped direct the class away from traditional cookbook-like exercises toward those that were more research-based and collaborative, with real-world implications.

The point of the shift was to attract and retain more students who are traditionally underrepresented in STEM subjects, including Black, Latinx, and first-generation-to-college. “People who go into this field often have parents who are already in it,” she says. “If you don’t, it can be hard to imagine what it means to do chemistry for a living.”

Currently applying to med schools (including Brown’s) for next year, Guerrero Martínez says that whatever field of medicine or science she ends up in, she wants it to be in her native Puerto Rico. She was recently inspired by hearing a guest lecture from a reproductive endocrinologist. “It was fascinating,” she says. “Many of my family members have thyroid issues, and there aren’t many endocrinologists in Puerto Rico, with so many doctors leaving the island. It would be cool to fill that gap.”