No-Touch Football
The Bears are heading into the fall season quite unbruised, after their year of social distancing, virtual practices, and zero play. A look at the game plan. 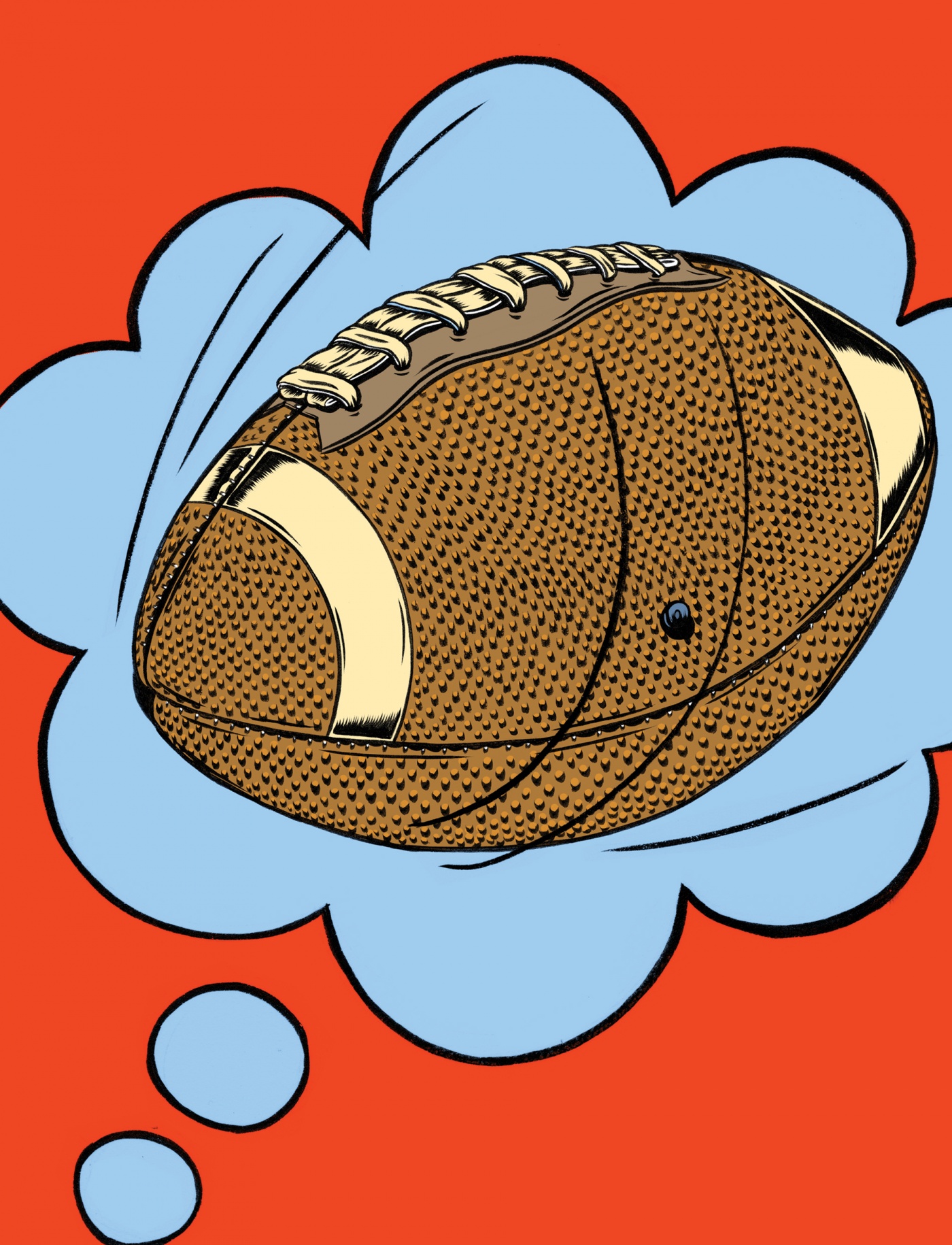 The Brown football team worked hard last fall—no tackling, no touching, not even flag football proximity. Oh, and no actual footballs. Instead, starting in October, players went through strength and conditioning workouts in groups of 15 people (10 players and a maximum of five staff members), while socially distancing and wearing masks.

“Yeah, sometimes I’d just leave air-quotes ‘practice’ and just be like, ‘Wow, really can’t do anything compared to what we used to be able to do,’” running back Allen Smith ’22 says. “Yeah, I guess it was surreal. Like, ‘This is kind of all we’re getting right now. This is what we’re confined to.’”

Instead, the team watched football, and lots of it. Head coach James Perry ’00 had his players begin a training series called Know Your Foe, in which they spent hours studying film as if they played another position—usually one that lines up opposite them on Saturdays. Running backs delved into what it’s like to be a linebacker. Quarterbacks tried to inhabit the mind of a defensive back. The team held similar sessions for players to go deeper into their own positional responsibilities.

“The cool part for us, as disappointed as we were to not be able to play in the fall, was as coaches to be able to take the time to explore football in all the ways that we never normally have time to do,” says quarterbacks coach Heather Marini (check out our story “Mind Game,” April/May 2020, about Marini’s role as the first woman to hold a position coaching job in Division I football).

This was the pandemic reality for the Bears, who went 2-8 in 2019 and hoped to end a long drought in Coach Perry’s second season. The Ivy League, treading carefully amid devastating COVID-19 news, canceled its season in July and would become the only Division I conference to stay out of football entirely during the 2020-2021 academic year.

“I’ve been playing football at that time of year, every year, since I was 5 years old,” defensive end Nate Brown ’21 says, “and there’s been a little bit of an adjustment to not have that.” 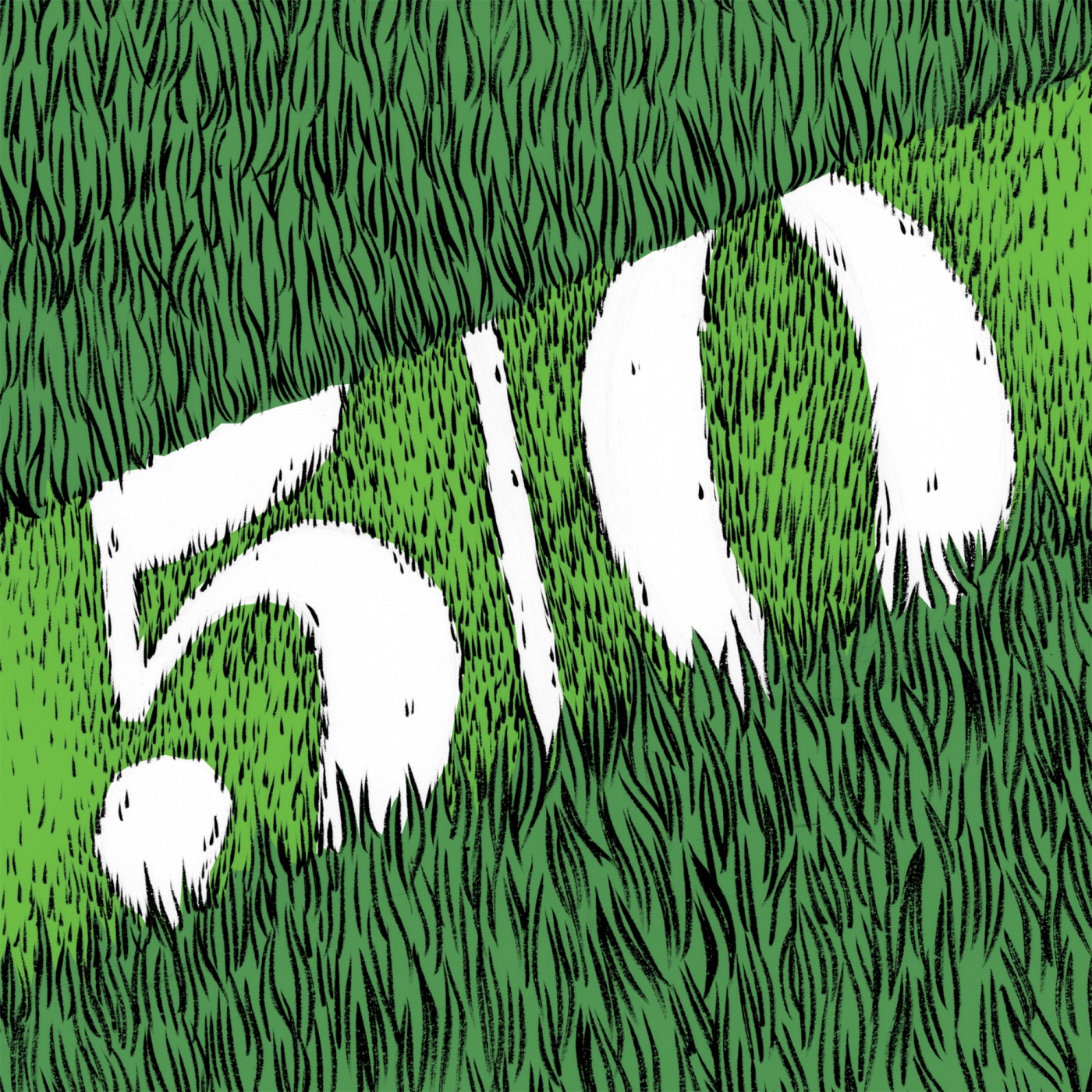 Normally, the late summer and fall air is filled with the crackling of pads ramming into each other, the cacophony of whistles and yelling that marks the transition from one part of practice to another, and the heavy breathing of players exhausted after yet another drill. Quarterback Michael McGovern ’21 calls the typical Brown practice “very, very structured chaos.”

“It’s chaos in the sense of how fast everything’s moving, and basically, the length of practice feels half the time that it actually is because you’re constantly moving so fast,” he says. “But it’s very structured, in terms of what you’re doing and at what times you’re doing it and how long you’re doing it for.” In 2020, the chaos ceased, even if the structure continued.

“We made the best of it,” Smith adds.

In addition to following a modified offseason program that they hope serves them well this fall, Brown’s players and coaches poured themselves into a variety of new pursuits—many of them focused on areas that stretched well beyond the gridiron and the next year. “To me, it reemphasized the value of football, which is: You’ve gotta move forward in life,” Perry says. “You’re gonna have
bad things happen to you, and football teaches you to be resilient.”

For starters, the team stayed as active as it could, via agility drills on the campus’s Berylson Family Fields and weight training in the Zucconi Strength & Condition Center. COVID precautions made for quite a departure from the standard football weight room scene, where players are close enough together that spittle might fly in an athlete’s face as teammates scream encouragement while he completes a squat set.

“In regular times, the locker room and the weight room are two of my favorite places to be with the team. The weight room—especially on days when we’re maxing out—it’s awesome,” McGovern says. “[Strength coach Brandon] O’Neall is playing music loud. Anytime somebody’s maxing out or somebody’s about to lift a heavy weight, everybody’s cheering them on, everybody’s surrounding them, just kind of yelling, encouraging them to get that last rep or to get the weight up.”

“To me, [the pandemic] reemphasized the value of football, which is: You’ve gotta move forward in life. You’re gonna have bad things happen to you, and football teaches you to be resilient.”

COVID made close-quartered hollering impossible. Brown players concede it was different, albeit not an excuse to take it easier. “It wasn’t the same feeling, with the amount of energy that’s usually there,” Smith says.

But the lack of games on the schedule also meant time to dive full-bore into film study. During a typical season, the week of a game is a mix of rehearsing specific plays, doing light conditioning, and watching tape of recent games. This time around, the reconnaissance went much deeper, even as it occurred over Zoom and with Brown’s players far-flung. (Many were back on campus by the fall, but some were at home or on leave altogether.)

When players weren’t at workouts or on football-related calls, they filled their free time in the fall semester differently than they did before. A common path was to take virtual classes and spend weekends relaxing, maybe watching football games in the leagues that opted to play through the pandemic.

“We’d watch a little college football on Saturdays in the fall and we’d start talking about our season, what we’d be doing,” Smith says. “We’d start watching our film. There’s definitely some FOMO involved there.”

McGovern took an internship in the fall with Jefferies, the New York investment bank, where he worked on the selling side of mergers and acquisitions. He will return to Jefferies this summer and hopes to land a full-time job there after leaving Brown.

During breaks at the bank, McGovern logged on to team Zoom calls to catch film sessions like Know Your Foe. “There’s definitely a switch flipped, just in terms of going from looking at a company’s financials to looking at a playbook or defensive scheme,” he says. 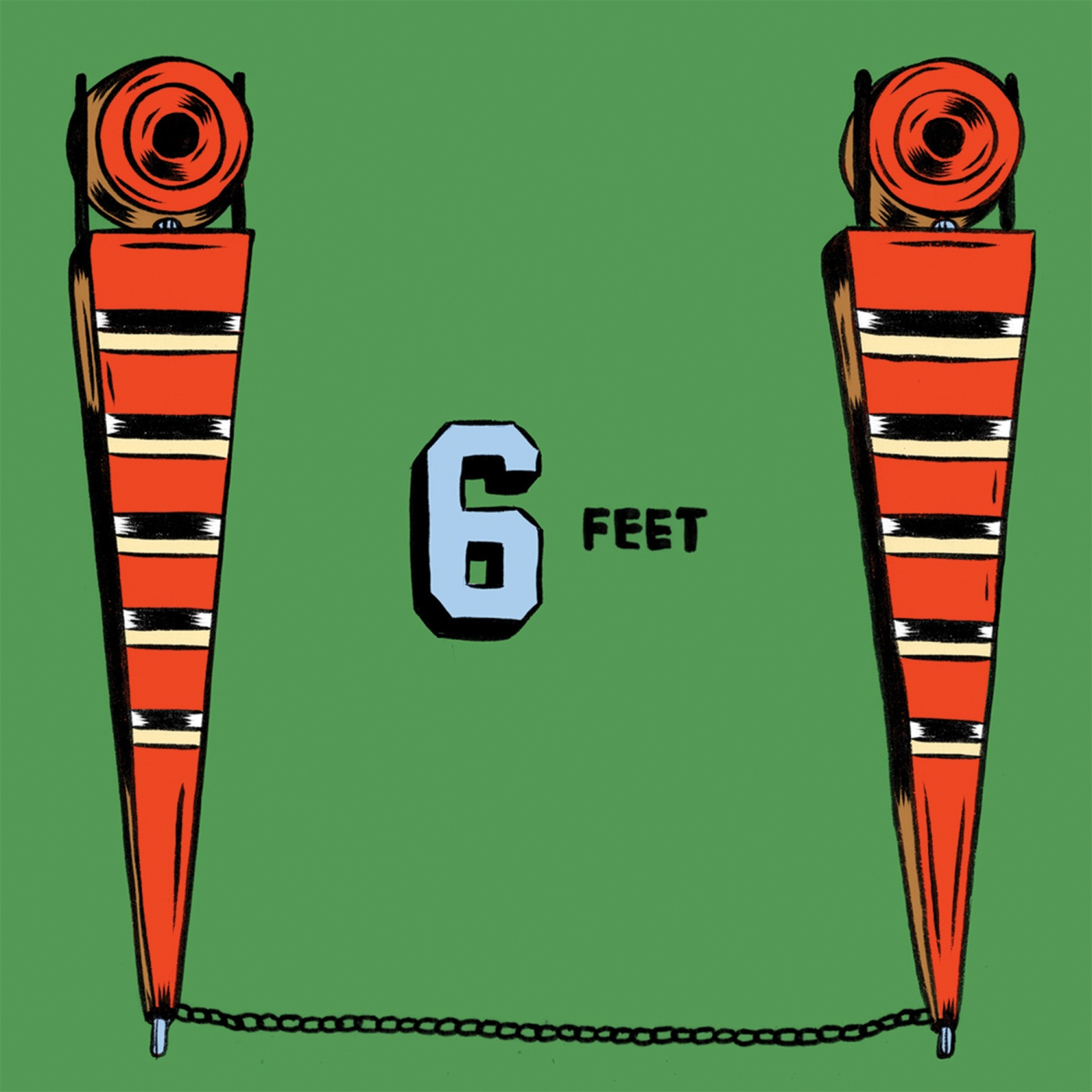 Others turned inward in search of ways to improve their communities. Two senior defensive ends, Brown and his longtime friend Ryan Putman ’21, founded Lead With Love. The program exists within the athletic department and is meant to promote kindness and community service. It’s gotten buy-in from Perry’s coaching staff, and so far, Lead With Love has put on player meet-and-greets with Tides Family Services, the Providence-based social services agency for children at risk. One was a Valentine’s Day celebration, and Brown and Putman want to have kids from the program out to home games once the pandemic abates.

Brown and Putman launched the program in the wake of the death of George Floyd last spring. They wanted to create a structure for Brown athletes to promote social and racial justice.

“We were just sitting at home and watching all that transpire,” Putman says. “I’m from South Carolina, he’s from Georgia, so it’s pretty deep in history down here when it comes to that—social injustice and deep racism and rooted racism. And so being Southern boys, we have been privy to it a little bit more, I’d say, and been around it a little bit more. And so we wanted to find a way to make sure our guys aren’t part of the problem.”

The founders’ goal is for Lead With Love to live on well after they depart the University next year—“to make sure that this wasn’t a signoff,” Putman says—and for it to expand to other teams.

At this writing, with the pandemic’s dangers abating on campus as vaccination rates surpassed 90 percent, Brown expects to return to the field for games this fall. At that point, Perry hopes the program’s conditioning emphasis in recent months will pay dividends.

“The reality for Brown football, and I don’t know if it’s league-wide or not: Our focus is on fitness and playing fast,” Perry says. “We’ve been able to marry our focus on fitness with things that also support just general health within a COVID world.”

The program is aware it has much to do.

“There’s a difference between just watching things on film and running through things,” Smith says. “Obviously you’ve gotta implement it in person at some point.”

University and Ivy League protocols allowed the team to use football equipment starting in February. The Bears were able to hold full-team practices by the end of spring practice in April, as well as indoor workouts with social distancing protocols in place. The team expects to have a normal fall camp in the run-up to the season. But Brown won’t get to truly test itself until the season brings outside competition. The head coach is confident. “I’m not nervous about not playing other people this spring and how it’ll affect the fall,” Perry says. “We’ve been cultivating discipline. We’ll be ready to play those guys.”

Brown’s first scheduled game is Sept. 18, at home against the University of Rhode Island. The battle for the Governor’s Cup is tied 19-19 since the trophy’s introduction in 1981, though the Bears lead the all-time series comfortably. The meeting at Brown Stadium will carry special significance for the home team, which will play its first game in almost two calendar years.

“I think it’ll be like Christmas, Easter, and New Year’s all wrapped into one for these kids,” Perry says.