“The Problem”
A new book contemplates life decisions in the face of climate change. 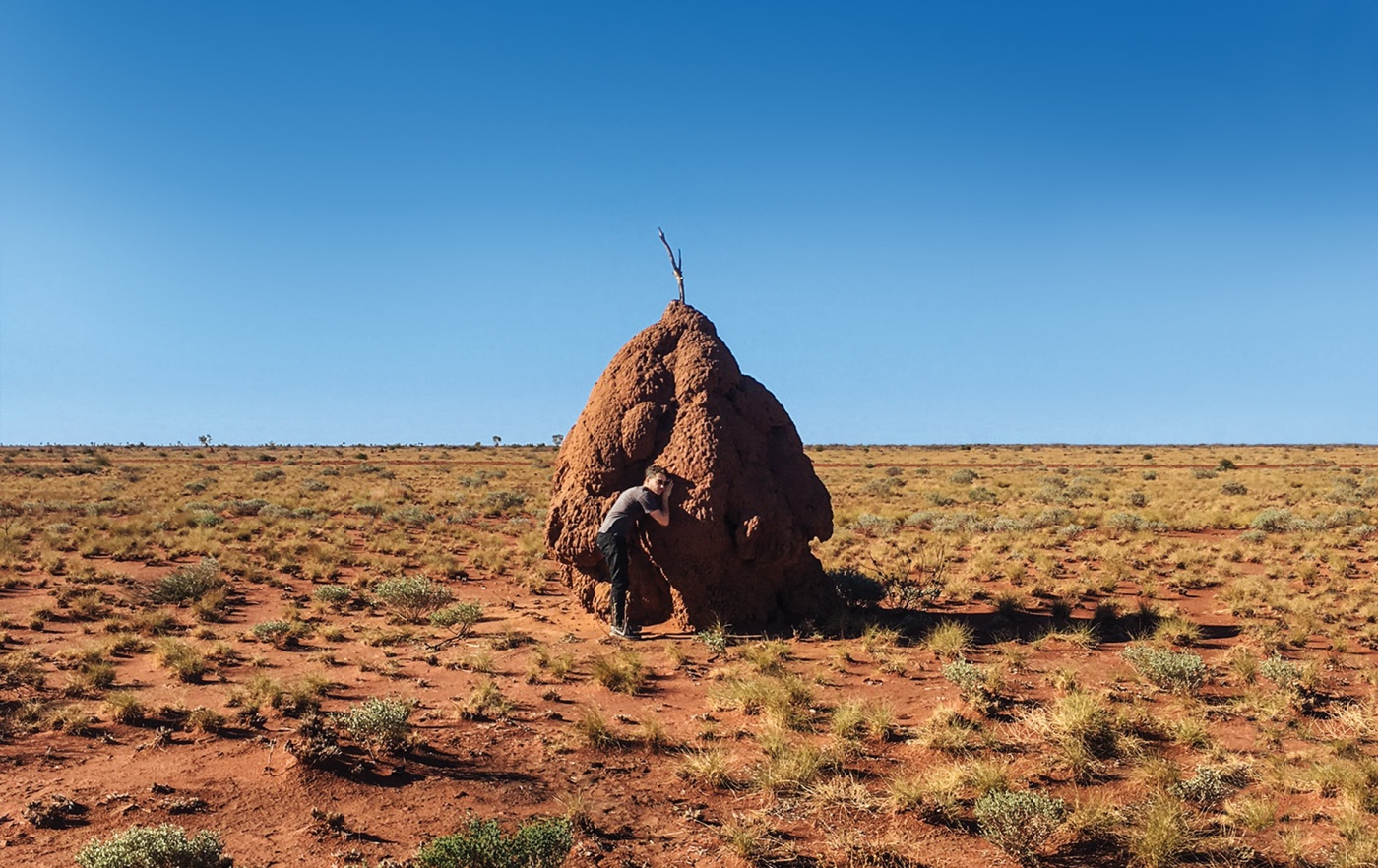 Daniel Sherrell wrote much of his book while on a fellowship in Australia. This photo is from one of many road trips he took into the Outback. PHOTO: DANIEL SHERRELL

In Warmth: Coming of Age at the End of Our World, climate organizer Daniel Sherrell ’13.5 contemplates the meaning of parenthood in the Anthropocene. An environmental studies concentrator, Sherrell began his organizing career campaigning for Brown to divest its endowment from fossil fuel holdings. He currently works as campaign director at the Climate Jobs National Resource Center, after holding organizing roles at the Sierra Club and NY Renews. The book is a deeply personal, hybrid text combining memoir, epistolary missives to an imagined child, and accounts of the daily grind of climate activism. He spoke to BAM about writing, living, and organizing in an era of climate change.

How did your hypothetical child become a character in this book?

As soon as I started this sort of autotherapeutic process of writing little notes on my way to and from my climate organizing job, the prospect of fatherhood came immediately to the fore. I realized that I’d been excited about that, but also obviously felt deeply ambivalent, given what we know about the scientific projections. If I’m even going to consider bringing a new person to this world, I have to be ready to have a very difficult conversation with that person, one that does not drift off into blind optimism or deflate into fatalistic despair. Can I have an honest conversation that walks that tightrope, and does it with tenderness and rigor? If I wasn’t able to create that conversation, then I wasn’t ready to be a father in the Anthropocene.

The term “climate change” never appears in the book; instead you refer to it as “the Problem.” Why?

I felt the term “climate change” immediately shunted my mind, and the minds of a lot of people, into a pretty narrow environmental pigeonhole. It wasn’t an emotional phenomenon that you really had to contend with if you didn’t choose to, at least here in the global North. I wanted to break this thing out of that narrow little discursive box and compel an encounter with it as this universal force that is going to increasingly change what it means to live on our planet in the coming decades.

How does it feel to be sending endless emails in an effort to solve a problem of planetary and historical significance?

It’s like living with a dual consciousness, because, on the one hand, you’re engaged in the raw apparatus of politics, trying to build enough power to wrest the helm of our democracy from the fossil fuel industry. But I could see that if I sink too deeply into the daily texture of the work, it all comes to feel like a game—the game of politics. It took an active cognitive effort to remind myself of the love I had for the people, places, and principles I was trying to save. With the book I was lucky enough to get a fellowship, where all I had to do every day was sit in a chair and think, and then write those thoughts down.

Obviously we all need to make sacrifices to live more sustainably if we’re going to survive. Do you think procreation is one of those things that should be up for discussion as something that perhaps some of us need to forgo?

We have two to three decades to decarbonize our economy, but the path to salvation on climate does not run through the accumulation of individual choices—certainly not individual consumption choices, nor even individual family planning choices. There are a priori good and noble questions to be asking yourself: Do my personal choices align with my systemic values? You should be eating less meat, you should be taking less fossil-fuel based transportation, you should be considering reproducing below the replacement rate. But I see so many people who get stuck there, wringing their hands about individual choices, and Exxon Mobil fucking loves that. Because it’s impossible to act perfectly in the system we’ve created. Ethical purity is impossible.

Reader Responses to “The Problem”