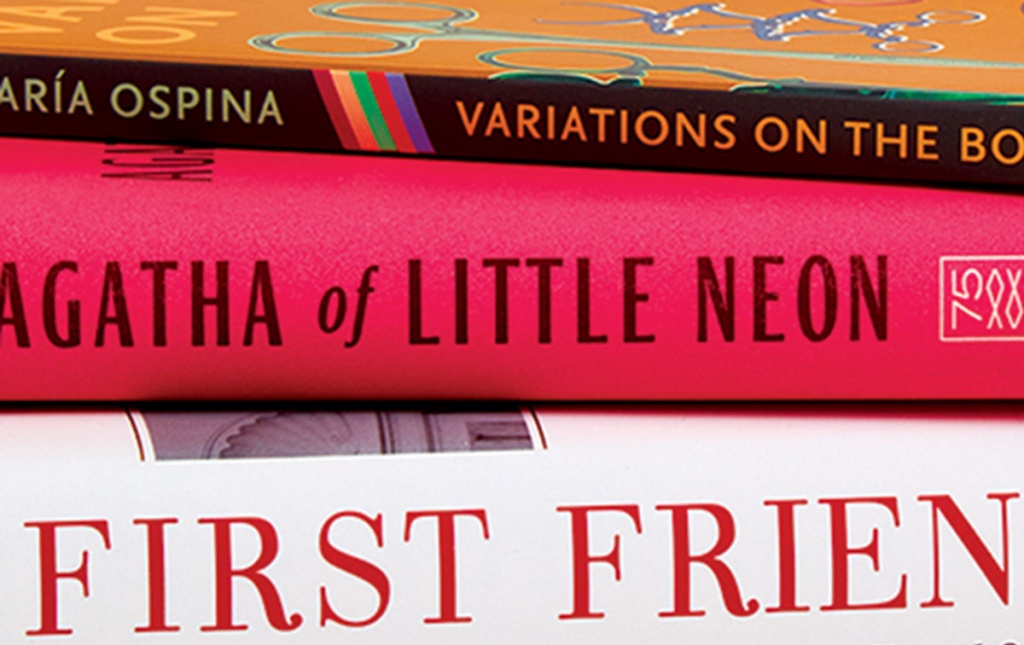 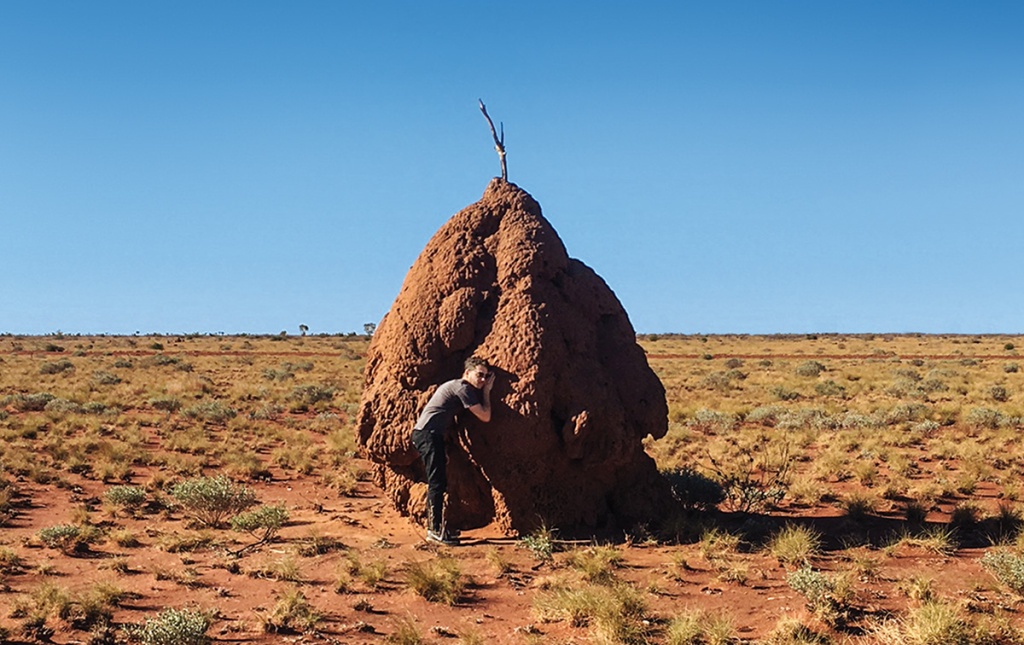 Liz Young is overjoyed to announce her engagement to Maria Queen. The two connected online in 2018 over a shared interest in Dragon Ball Z. They now share a home in Hagerstown, Maryland, with two cats and a pug.

Beth Shadur exhibited her National Park Project paintings in a solo show at the Downing Museum in Bowling Green, Kentucky. Her more than 30 works explore human impact on pristine landscapes and call for stewardship of sacred lands. Her son Jordan Mainzer ’13 is also engaged to be married next March. 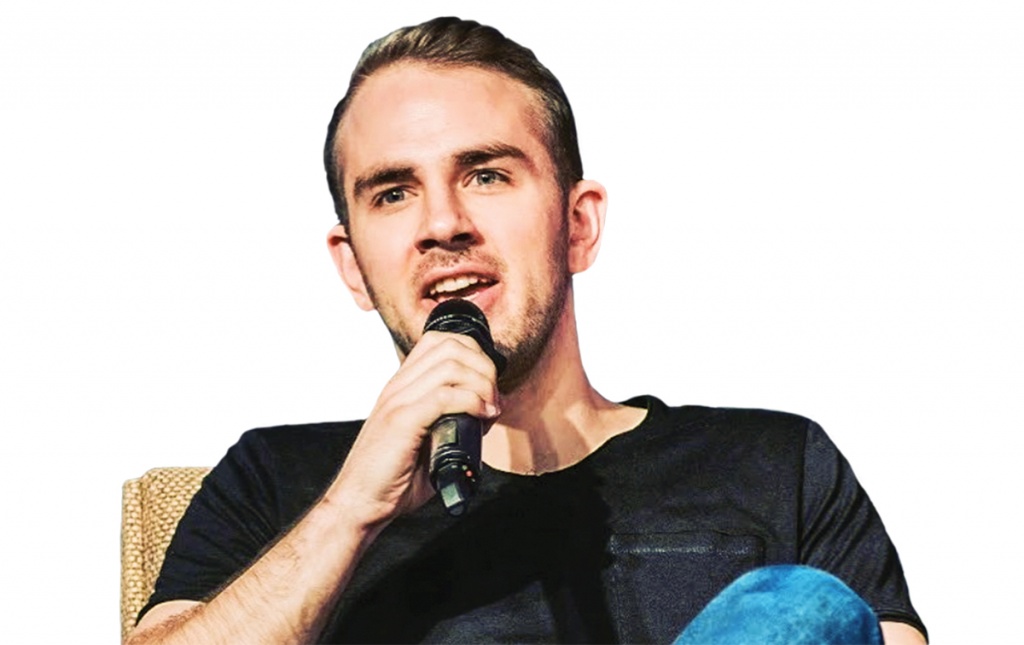 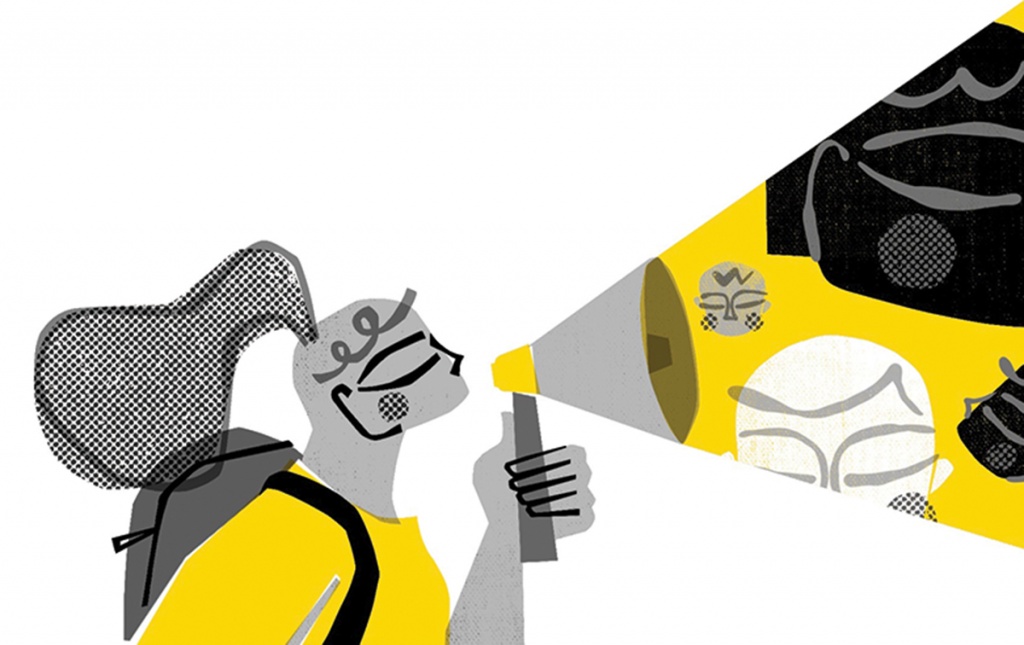 Edward Tremel writes: “Despite the incredible disruption caused by the COVID-19 pandemic, in 2020 my wife and I both finished our PhDs at Cornell, hers in English and mine in computer science. In an interesting coincidence, my friend Matthew Milano finished his computer science PhD at Cornell at the same time, making us once again members of the same graduating class (although none of us got to celebrate with a graduation ceremony). In August, I moved to Augusta, Georgia, to start a job as assistant professor of computer science at Augusta University and since then I have been hard at work trying to keep up my research program while designing ways to teach computer science classes with a hybrid of in-person and online instruction. Although I’m happy to have finished my PhD, I will miss the friendly community in the Cornell computer science department, especially the group of other Brown alumni and our monthly Brunonian lunches.”

Jennifer Steger serves as chief scientific officer of Nanodropper, Inc., a medical device company that she cofounded as a PhD student in pharmacology at the Univ. of Washington. She and her cofounders were named to the 2021 Forbes 30 Under 30 list in healthcare. 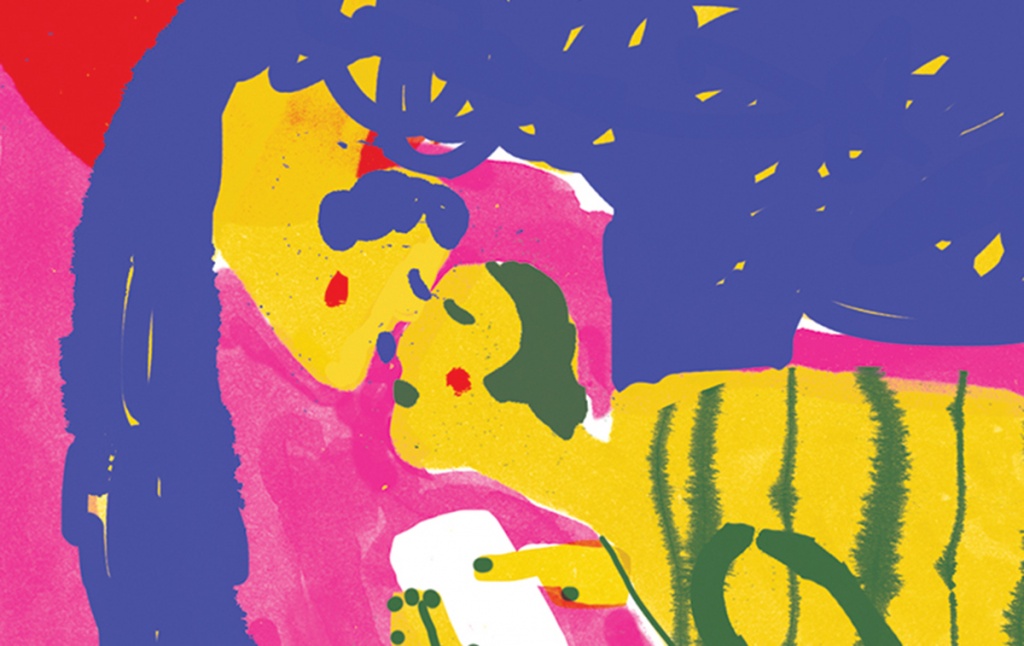 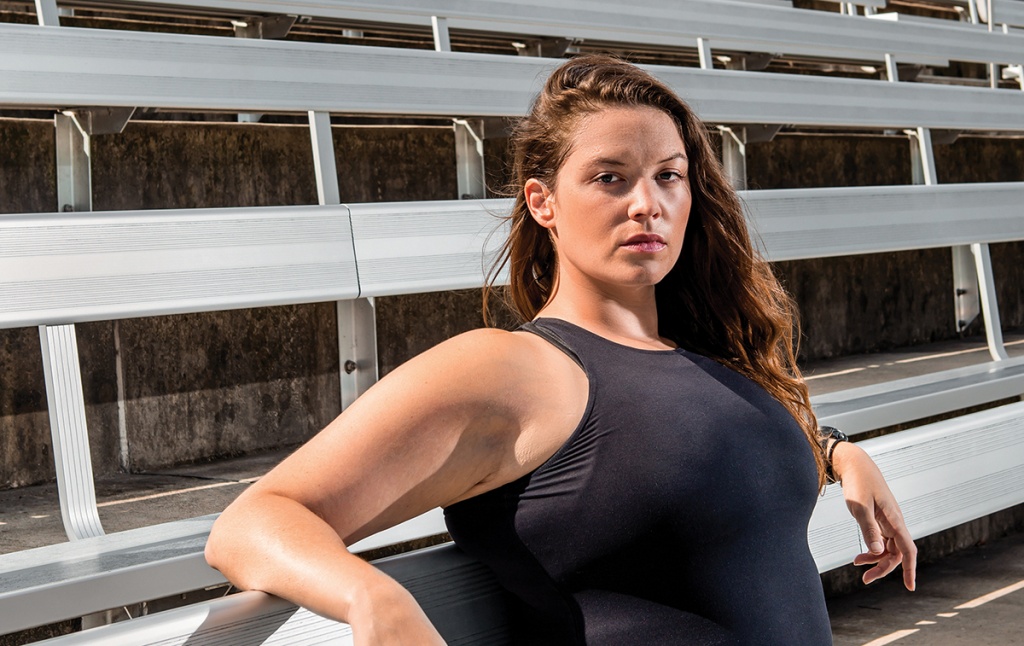 Seamus Kirst’s first children’s book, Papa, Daddy, and Riley, was published on May 5 by Magination Press. 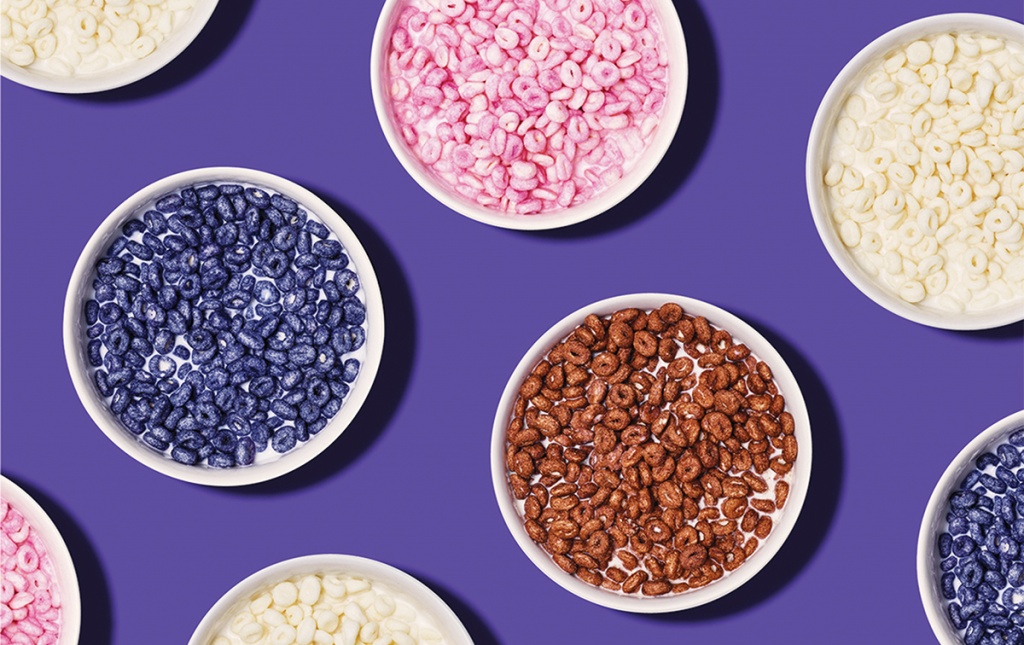 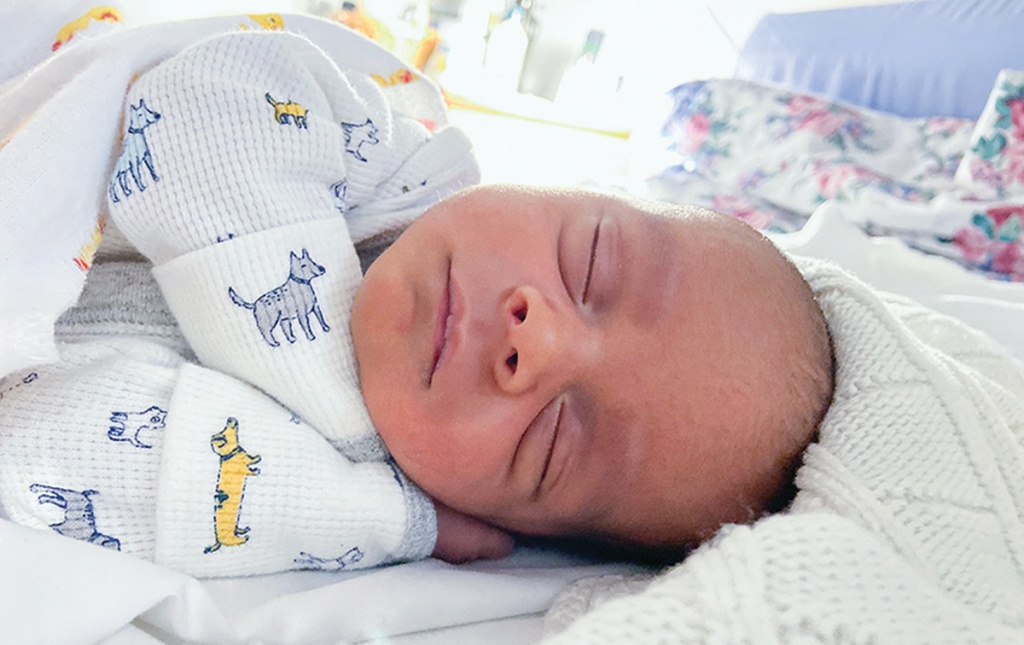 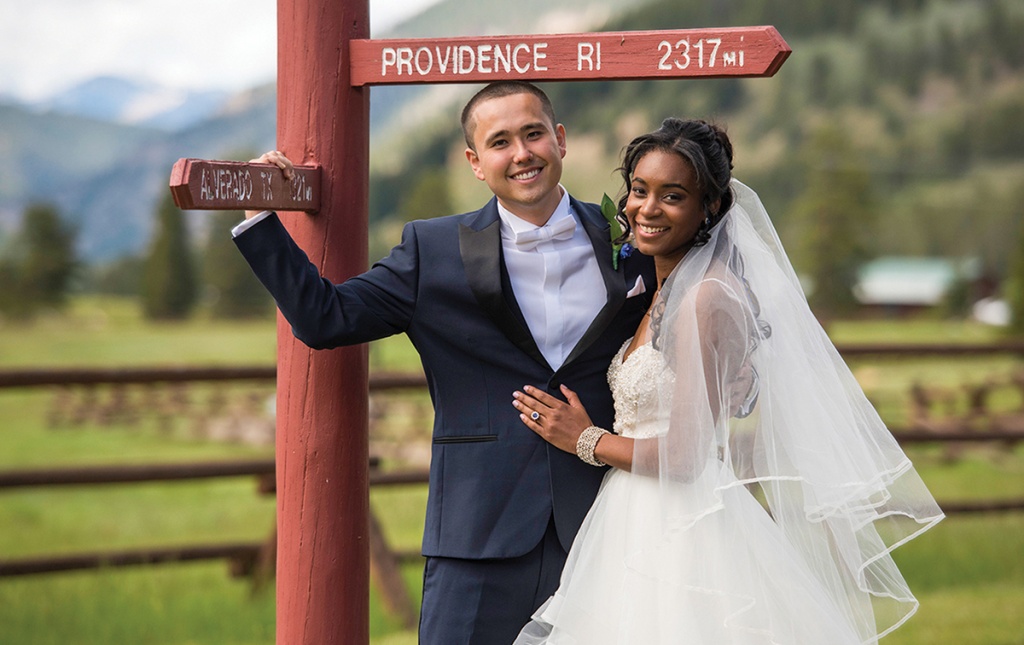 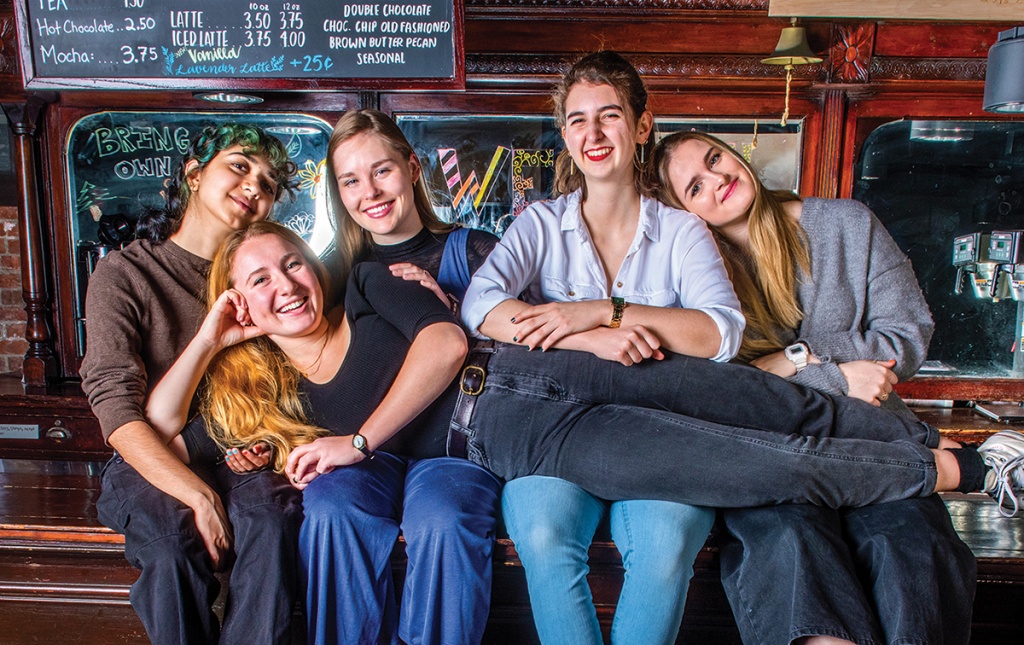 Laura Curlin and Matt Nichols were married on Sept. 7 in San Francisco. The couple met during orientation at Brown in 2009 and got engaged on campus at their five-year reunion. They celebrated their nuptials with many friends from the class of 2013, exactly ten years after the day they met.

Jan, 2020
Hospitality
Word of Mouth
There are no recipes at King, in Manhattan’s SoHo. “Everything is verbal in the kitchen,” says Clare de Boer ’12. Read More 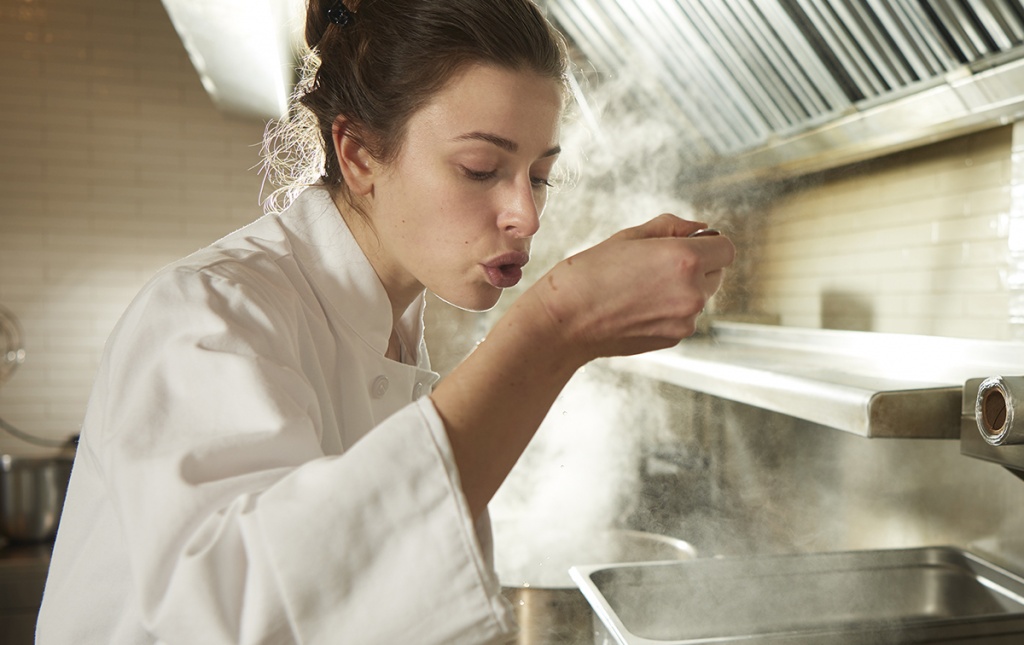 Ishaan Sethi has been named to the Forbes Asia 30 Under 30 2019 list under the Media, Marketing, and Advertising category for his work on the Delta App, India’s first and only homegrown LGBTQ+ app, and PropheSee, an analytics software service.

Edward Tremel married Amelia Hall (Georgetown ’13) in June 2018, in her hometown of Natchitoches, Louisiana. Edward writes: "We met at Cornell, where we’re both graduate students. I’m working on a PhD in computer science while she is pursuing one in English. Matthew Milano, who coincidentally is also getting a PhD in computer science at Cornell, was my best man and my friend Zach Kahn was in attendance."

May, 2019
The Arts
4 Pulitzers!
A professor emeritus and 3 alumni take the top honor Read More 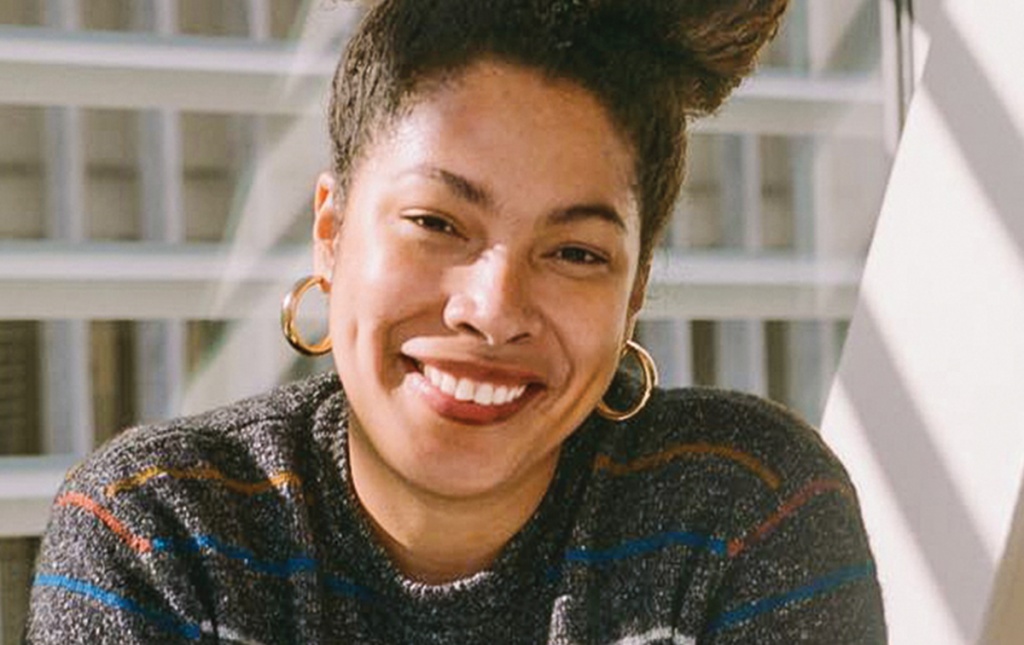 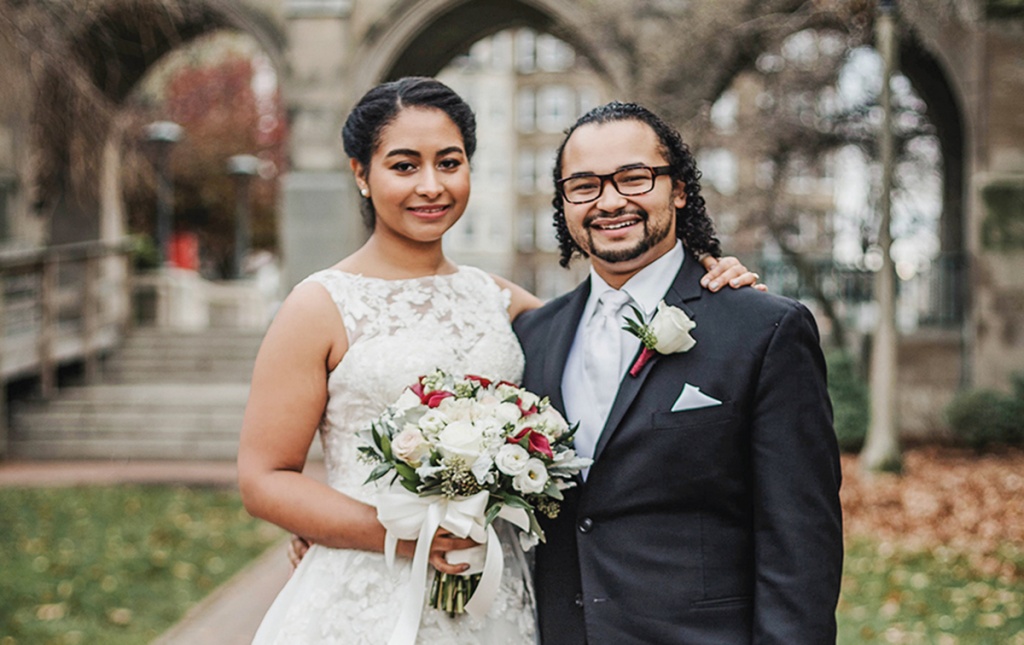 Karina Manalo ’13 and Maxwell Wernecke were married on May 27 at the Milwaukee Art Museum. Joining them were Mae Cadao ’13; Michael Randolph ’13; Iriff Ulep ’13; Ellen Wernecke ’06 and her husband, Dan Mortenson ’04; and Jeff Wilke ’13. The couple lives in Evanston, Ill., where they both attend the Kellogg School of Management. 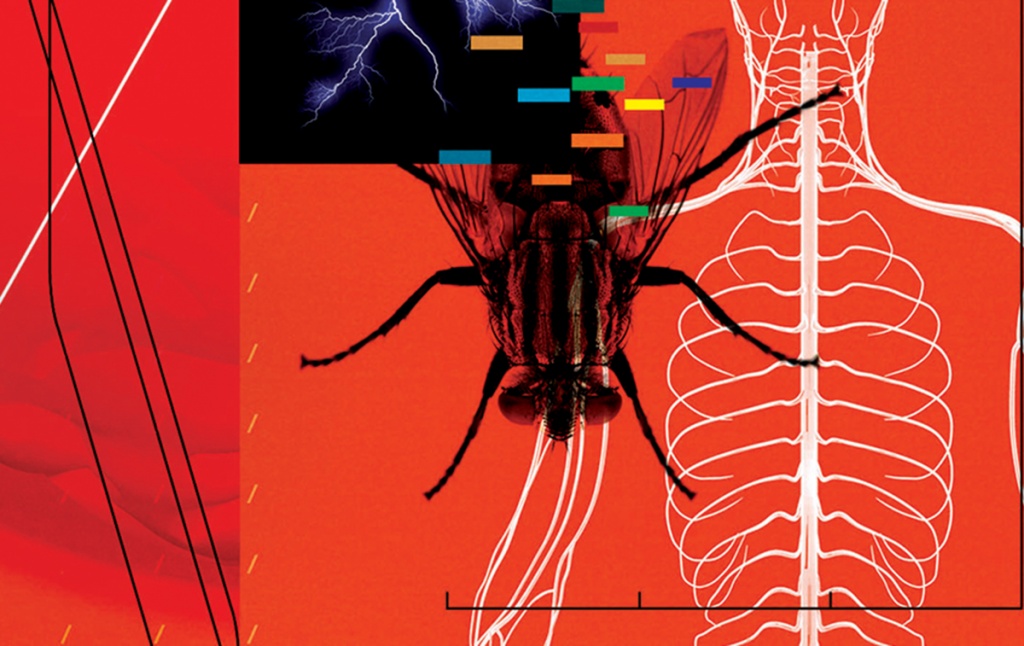 Caitrin Watson married Bradley Burns on July 7. They met in the summer of 2010 on the Brown campus and now live together in Brooklyn, N.Y. Caitrin graduated from the first cohort of the Brown-RISD dual degree program with an AB in Environmental Studies (Brown) and a B.F.A. in Apparel Design (RISD) and is currently the senior coordinator of fabric systems & sustainability for luxury fashion brand Lafayette 148 New York. Brad rowed all four years onmen’s varsity crew, graduated with an AB in business, entrepreneurship, and organizations, and worked for a Boston consulting group before accepting a position at Google. The two are excited for this next chapter in their lives.

Shawn Sunil Verma ’18 MD graduated from Brown University’s Warren Alpert Medical School on the same weekend as his fifth-year undergraduate reunion. Shawn will head back home to upstate New York to begin his psychiatry clinical residency training. Outside of medicine, he stays interested in environmentalism and the proposed link between a greater mental orientation toward ​eco-psychology and novel psychedelic therapeutics. He has enjoyed pursuing good health through fitness, especially playing squash. He had the good fortune of spending five weeks in Hawaii this past January and February doing a medical school rotation at the Queen’s Medical Center in Honolulu and in his free time exploring Hawaii.

Apr, 2018
The Arts
At Sundance
Among the 16 films in the U.S. Dramatic Competition held at the Sundance Film Festival in January, three were written and/or directed by alums. Read More 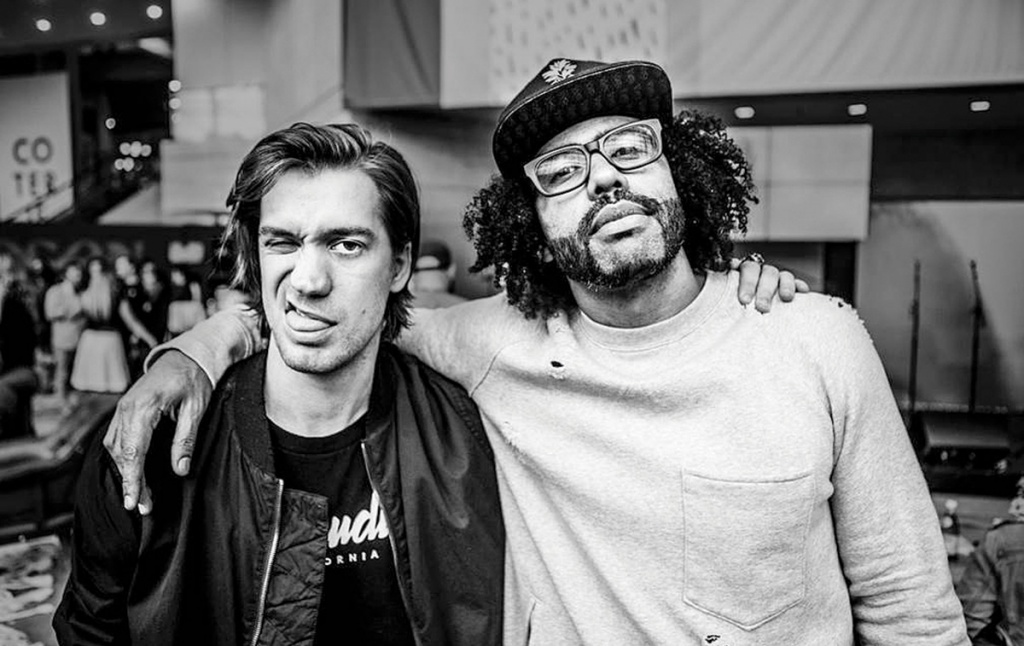 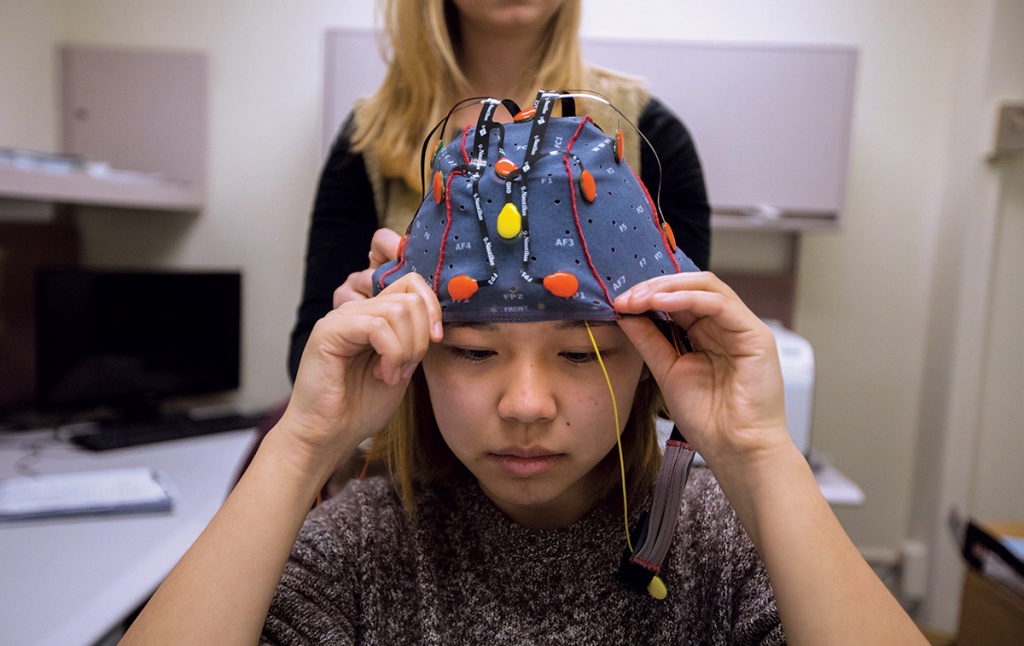 Seamus Kirst published his memoir, Shitfaced: Musings of a Former Drunk, on Feb. 2.

Rebecca Rast writes: “After moving back to my hometown of Lancaster, Pennsylvania, a year and a half ago, I got married to my partner of eight years. Now I’m launching into a whole new adventure as a campaign manager for Jess King, a progressive working mom running for congress in Pennsylvania’s 16th district.”

Gerald Carbone’s book Brown & Sharpe and the Measure of American Manufacturing uses Brown as a recurrent theme. Gerald mentions Lucian Sharpe Jr.’s gift of the pipe organ in Wilson Hall; Sharpe House, where Lucian Sr. raised his six children before they gave the house to Brown; Rochambeau House, which Hank and Peggy Sharpe gave to Brown after his mother died; the Sharpe Refectory; and all the East Side campus landscaping that Mary Elizabeth Sharpe directed, some of which is still visible today. Professor Steve Lubar wrote the foreword.

Class Notes from the March/April 2017 Issue

Jacob Klapholz proposed to Natalie Kleeman on Brown’s College Green (also known as the main green) on Mar. 12. The couple will be married in Lake Bluff, Ill., in September 2017.

Lizzie Stanton played the lead role in a run of the Tennessee Williams play Confessional in October at the Southwark Playhouse in London.

Class Notes from the March/April 2014 Issue