Flying Clear
Aerospace engineer George Braly ’70 has finally succeeded in getting the lead out of airplane fuel.

Over the last few decades, the U.S. has gradually phased lead out of gas for cars—but not for small airplanes. With much wider engines than cars have, those planes need extremely high-octane fuel to keep the engines from the “pinging” caused when gas ignites prematurely inside. “You put the unleaded gas from your local gas station into a general aviation airplane, and the engine will self-destruct,” says George Braly ’70, cofounder of Oklahoma-based General Aviation Modifications, Inc. (GAMI). “Lead is almost this magic elixir that in tiny amounts allows for higher-octane fuel.” 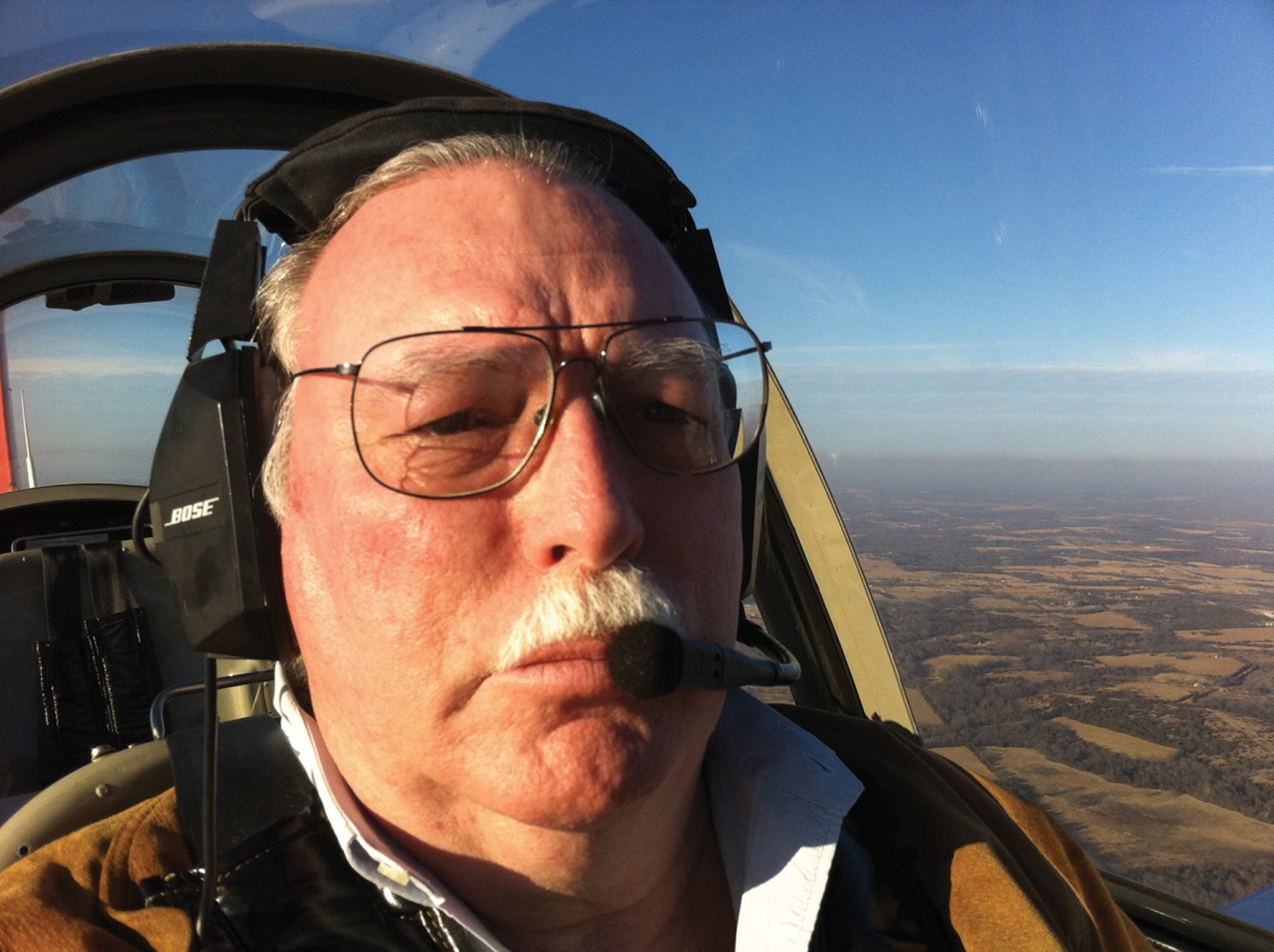 Given lead’s negative health effects, the industry has been trying for years to create high-octane fuel without it. Even as the ExxonMobils and ConocoPhillipses have failed, however, Braly’s small company succeeded, winning approval from the Federal Aviation Administration (FAA) this past July for its new unleaded fuel, G100UL avgas (aviation gasoline). Other companies, Braly says, tried to keep the existing fuel specification and just take out the lead: “I learned better at Brown than to try and solve a problem that way.” Instead, Braly and his cofounder, Tim Ruehl, rebuilt the fuel from the ground up, relying on aromatic carbon compounds that had been largely overlooked by the industry but were good at suppressing pinging. “We tried to find a fuel chemistry that actually works,” Braly says, shown below flying his 1956 Navy T-34B, “and then write a new specification around it.”

Braly has long been defying expectations. Having grown up on an Oklahoma cattle ranch, he was a fish out of water at Brown in the 1960s. With a professional pilot’s license at 17, he taught flight instruction at T.F. Green Airport on nights and weekends. “I may have been the only student with a real off-campus job,” he recalls. His practical background gave him a different way of approaching problems in his first-year physics class, however, and he gained confidence when his professor pulled him aside after a few weeks. “He said, ‘You know this stuff—you just don’t know how to answer questions on a test,’” Braly remembers. “‘I’m going to make you a success.’”

As it turned out, the chemistry for the new unleaded fuel was the easy part—GAMI had a working compound by 2012. But it took almost another decade to unstick the red tape and battle skeptical forces in the industry. “We got a lot of pushback from folks asking how can this farmer from Oklahoma find a solution to this problem when all of these other people failed?” Braly says. The recent FAA approval is both a validation of the small company and a significant step forward in cleaning a hazardous chemical out of the environment. Already, some local jurisdictions have banned leaded airplane fuel, and no doubt state and national regulations will soon follow, getting the lead out for good.

These pandemic point-fivers are following a nontraditional study-abroad path for their final semesters.