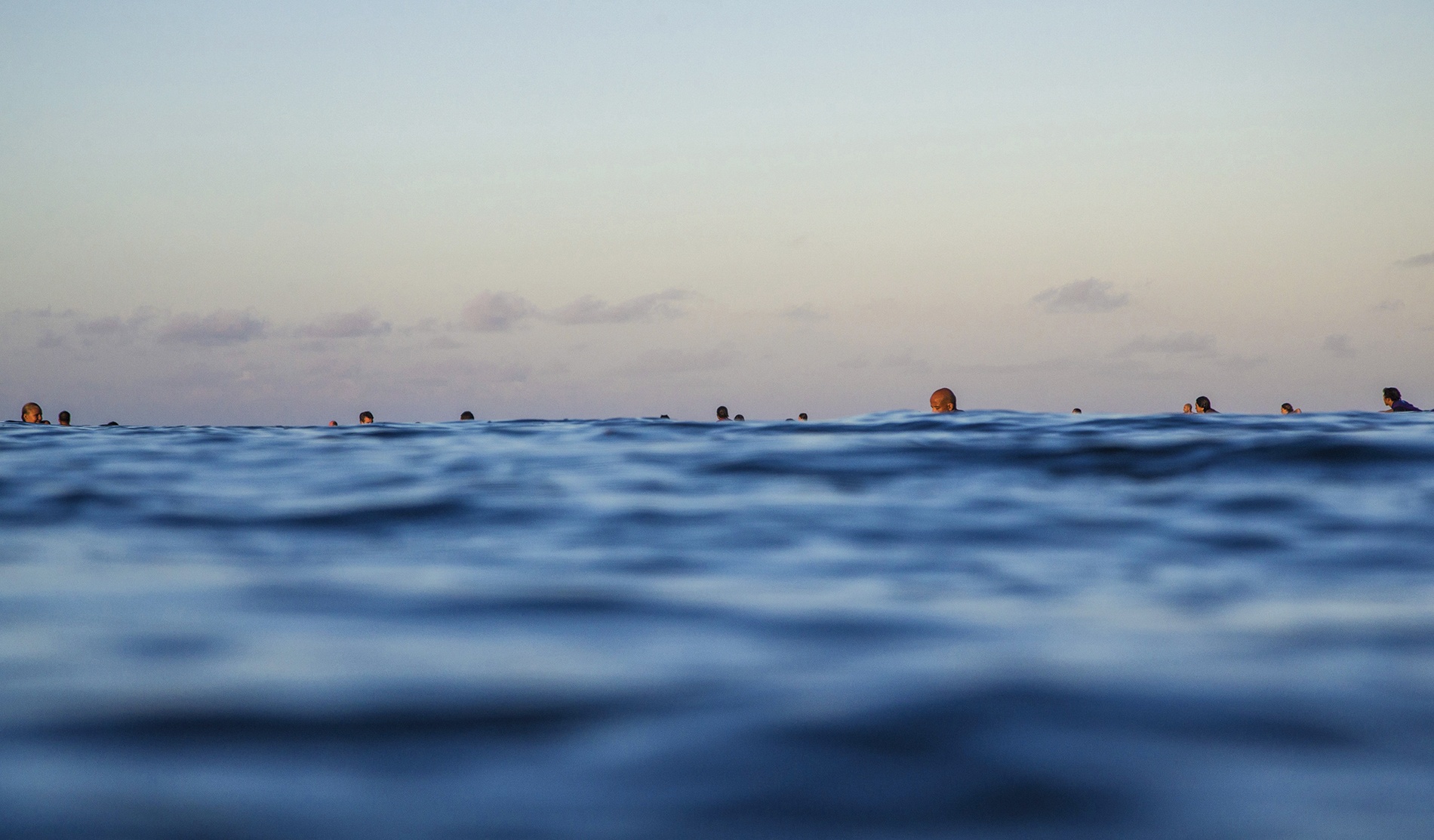 Stepping Into Liquid
Photographer Sachi Cunningham ’94.5 grabs a 25-pound camera and hangs out in the water beneath cresting 60-foot waves, getting pounded, churned—and getting the shot.

Just before Sachi Cunningham ’94.5 entered her sophomore year at Brown, she was given a bipolar 1 diagnosis and put in a rubber-walled room. It wouldn’t be her last time in a psychiatric hospital. When her mom died of ovarian cancer during her junior year, she fell into a deep depression and landed there again. But Cunningham, a competitive athlete who was on Brown’s varsity swim, club water polo and rugby teams, went on to land at the top of the dangerous, male-dominated field of surf photography. She says that’s not a coincidence.

“Learning how to survive when a wave detonates on or in front of you has become an incredibly valuable practice of resilience and survival,” she says. “Every time I swim in the surf I am reinforcing how to feel comfortable in a situation that is entirely out of my control, and how to surrender to whatever comes my way and make the most of it.” The highs and lows of her bipolar disorder are as inevitable as the continued pounding of the waves, she says. “The lessons that this practice instills has helped to keep me functional.” 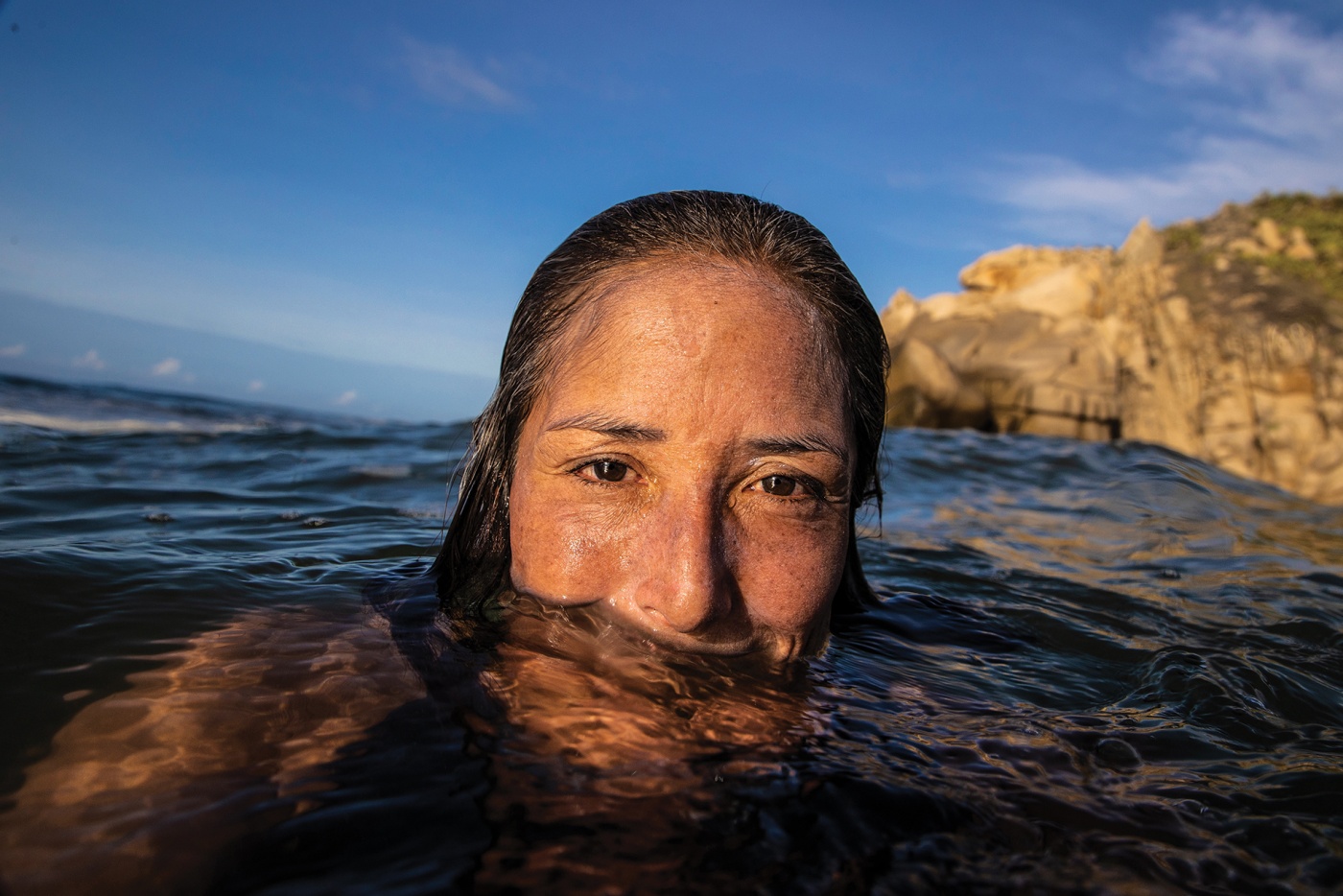 Cunningham in Mexico, in her element.

“Every time I swim in the surf I am reinforcing how to feel comfortable in a situation that is entirely out of my control, and how to surrender to whatever comes my way and make the most of it.”

Cunningham grew up in Pittsburgh, where, she says, “Being a big-wave water photographer is not exactly something I was telling people I wanted to be.” She left Brown with an AB in history with a special study in video production and headed for Hollywood, where she was an assistant to Demi Moore and Barry Levinson. She went on to get a masters in documentary film production from the UC Berkeley Graduate School of Journalism, become a producer and director of photography at PBS Frontline/World, and launch the first video team at the Los Angeles Times. She’s currently an associate professor of multimedia journalism at San Francisco State University.

Her first feature-length documentary, Crutch, codirected with Chandler Evans ’95, is now streaming on Discovery+. It’s about Bill Shannon, whose provocative, gravity-defying art uses a combination of skateboarding and breakdancing aided by crutches to challenge able-bodied conceptions of beauty, ability, and privilege. Cunningham has cited her experience of being treated differently due to race—her mother was Japanese American and her father is white—as one of the reasons she wanted to do a “story that’s going to flip the switch on disability.” She met Evans, whom she describes as “bi-racial Black,” at Brown at a mixed race student group. 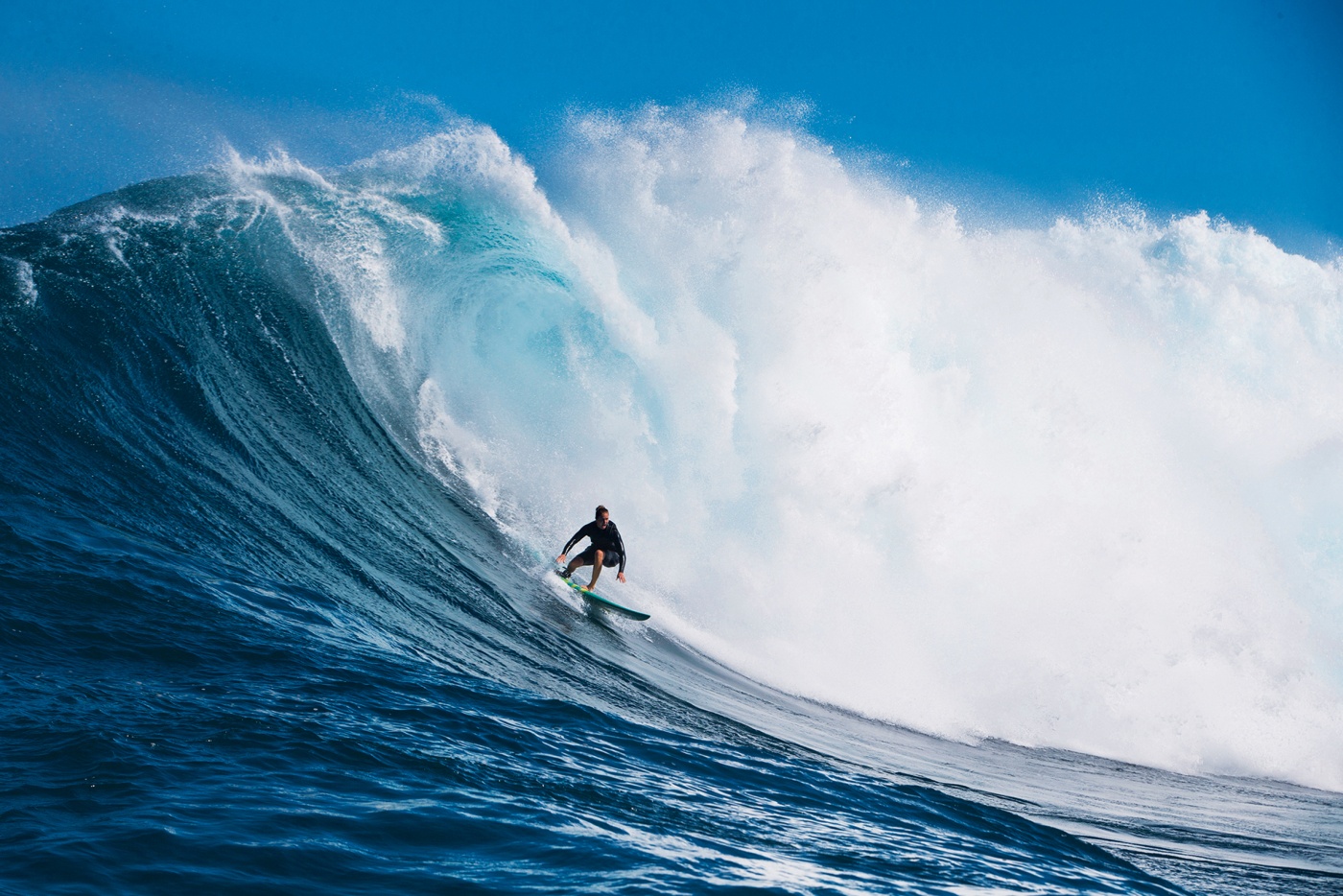 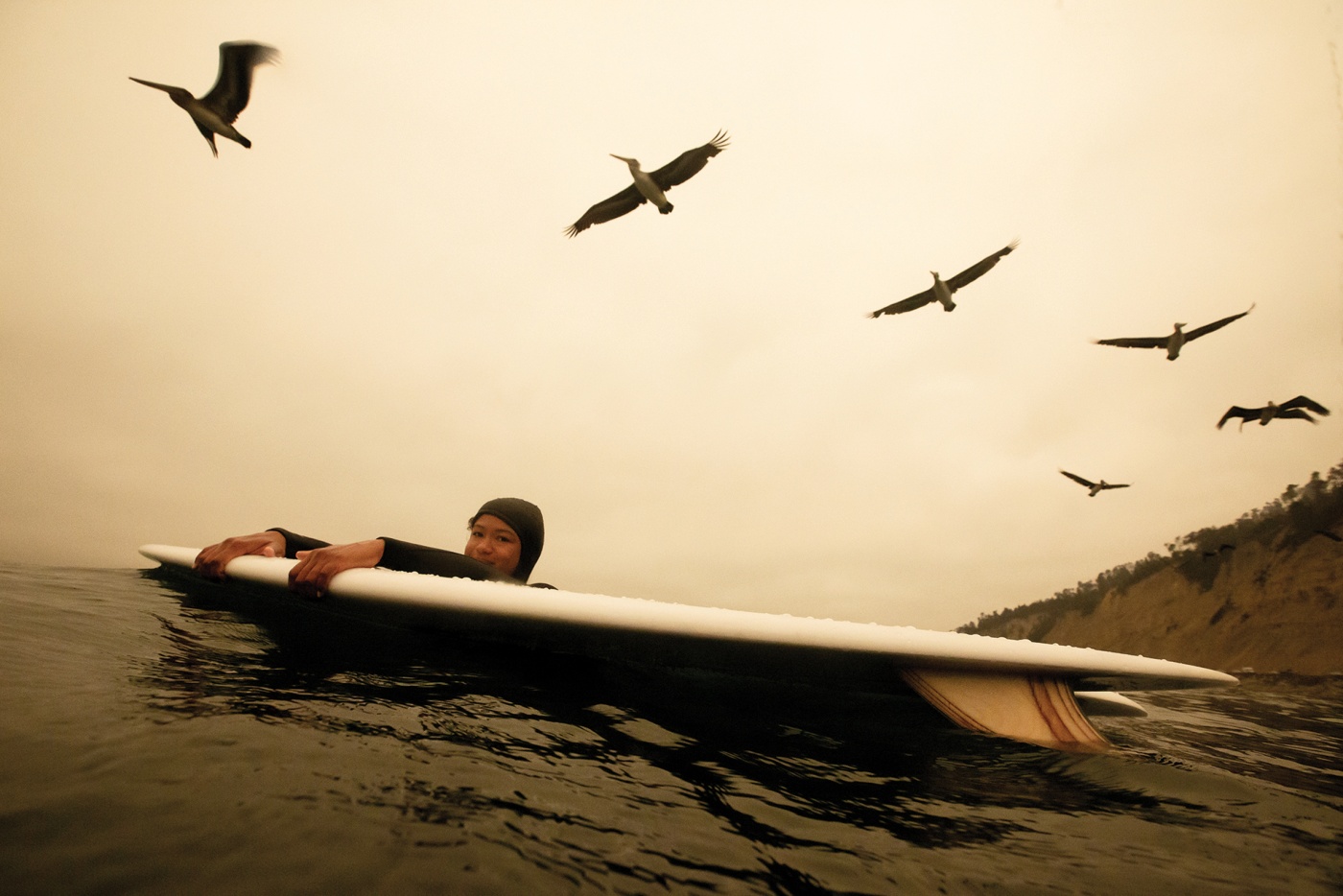 Cunningham’s Emmy-winning work has also covered the first presidential election in Afghanistan and sex trafficking in Dubai, but it’s her fearless, up-close documentation of surfers, particularly women surfers, that has gained her the most recognition. Always drawn to water photography, things took off after Cunningham moved to a beachside community on the west side of San Francisco and began to dip in the big waves of Ocean Beach, where a sign in the parking lot reads: “Danger: People have drowned. Enter at your own risk.”

A few years later, in 2014, Cunningham was invited to photograph a women’s invitational event at Mavericks in Half Moon Bay. The work requires a deep knowledge of ocean dynamics, strong swimming abilities, and above all, strength—a surf camera, in its waterproof housing, weighs upwards of 25 pounds. When a big wave breaks on you, it spins your body around in what surfers call a “washing machine.” 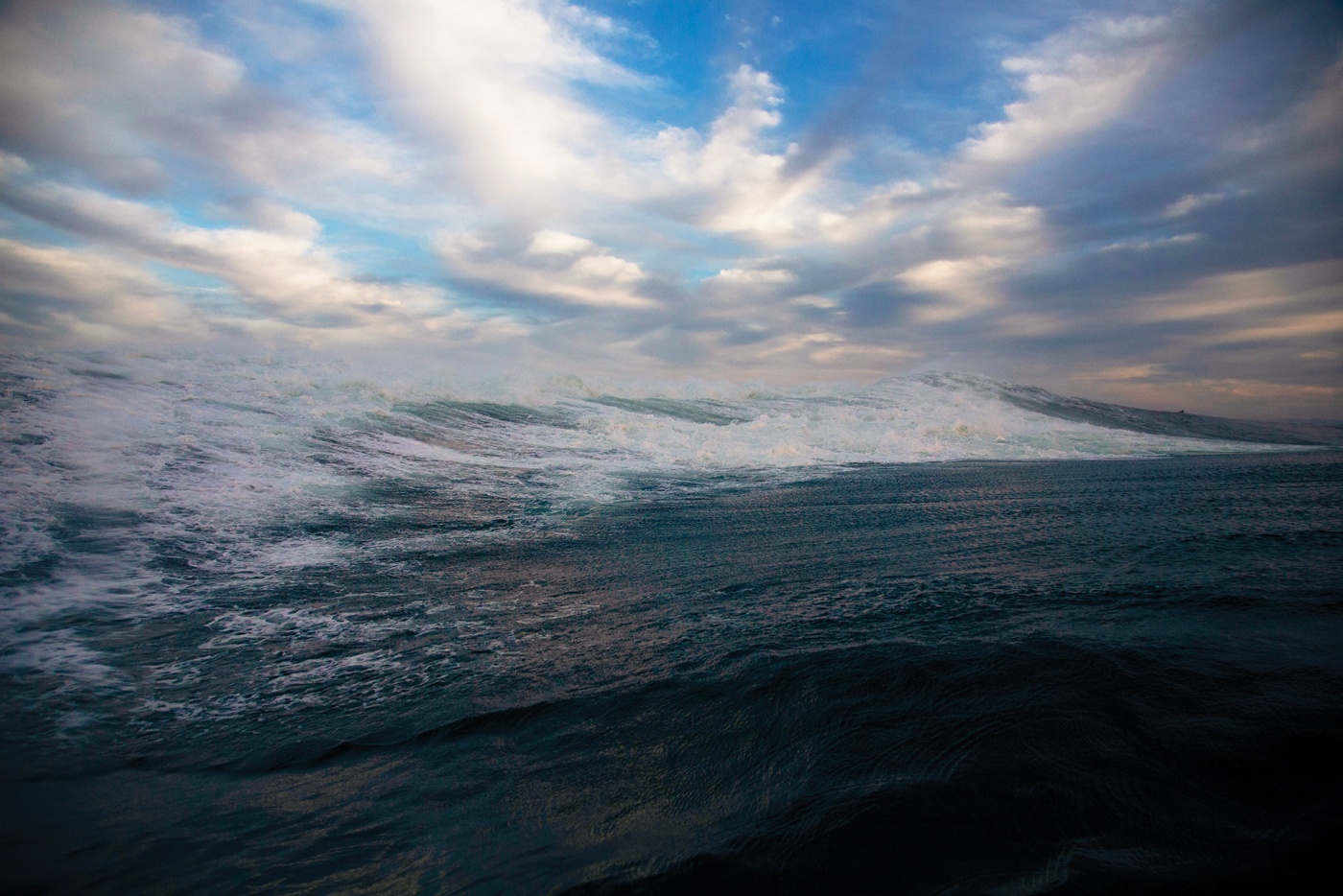 Off the Northern California coast 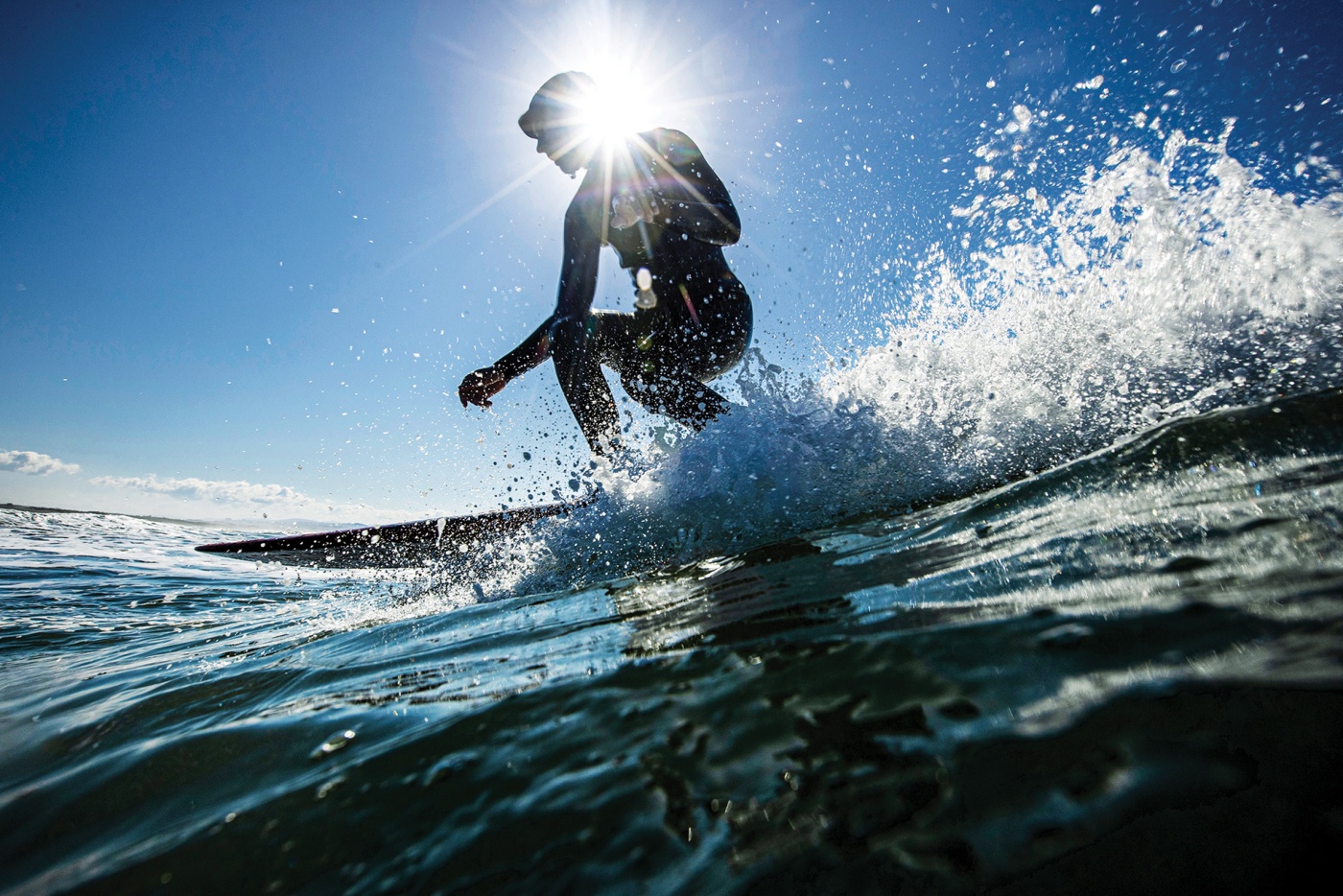 “The storm inside my mind feels at peace and in equilibrium with the chaos of the ocean I am immersed in.”

Undeterred, Cunningham shot the best female big-wave surfers in the world and began to form the relationships that would become the foundation for the documentary she’s currently fundraising to complete, SheChange, about the blossoming women’s big-wave movement and the fight for gender equity in one of the most dangerous sports on earth. Cunningham has shot and filmed surfing for the New York Times, Los Angeles Times, Outside and Surfer magazines and the website Surfline, swimming in waves that sometimes top 60 feet.

“Brown gave me the confidence to take all of that experience swimming in chlorinated pools and working on film and photography sets and turn it into a professional career shooting big-wave surfers while swimming with them, capturing their perspective from the water,” Cunningham says. For her, it’s also therapy: “The storm inside my mind feels at peace and in equilibrium with the chaos of the ocean I am immersed in.”

Jessica Koslow ’94 tells stories about food and the arts for the LA Times, Argonaut, and other publications.

Reader Responses to Stepping Into Liquid