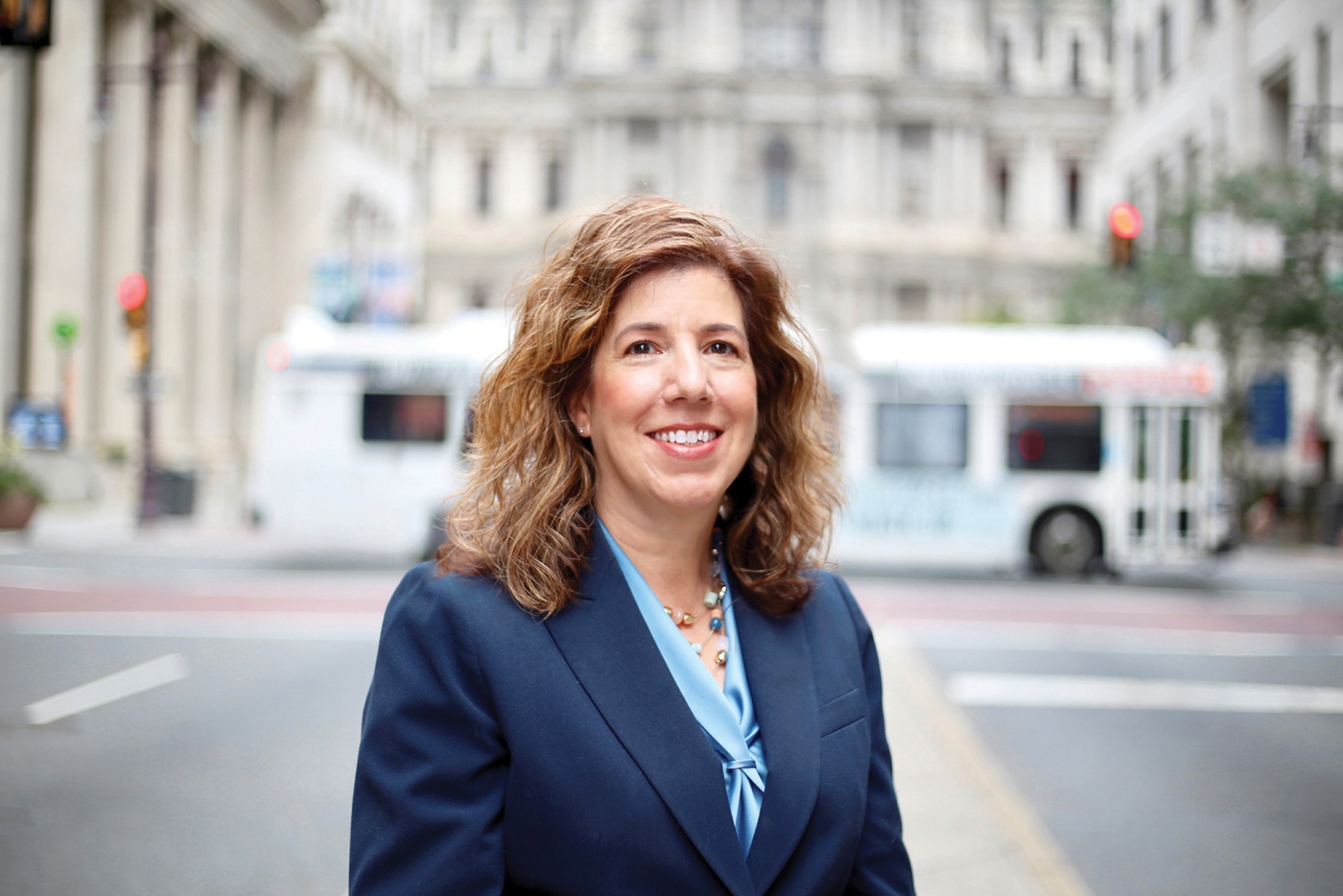 When Leslie Stern Richards ’89 interviewed to head the Philadelphia area transit system—the nation’s sixth largest—she told its board she wasn’t just interested in getting people from point A to point B. If she were hired, her aim was to help improve people’s lives. The board was impressed. Since 2020, she has been CEO and General Manager of the Southeastern Pennsylvania Transportation Authority (SEPTA).

“The pandemic has created more challenges and highlighted societal issues,” she says, adding, “Transportation can be part of the solution.”

Richards could soon be overseeing one of SEPTA’s largest-ever projects: President Biden’s infrastructure bill will provide the agency with about $500 million over five years, which the agency hopes to put toward a $2-billion extension of a high-speed line that will link three of the area’s largest concentration of jobs. “Getting people to where they can be employed fully and earn high salaries is very important,” says Richards.

Prior to SEPTA, Richards was Pennsylvania’s first female Secretary of Transportation. She has also worked for the EPA, the Philadelphia Planning Commission, and an environmental engineering firm.

“I’ve had a real inside look at the information elected officials need to make decisions, how they invest money, and what they look to fund, so that’s been really helpful,” she says. “It’s also helpful to know where all of our funding sources come from, whether local, state, or the federal level.”

Richards credits Brown for starting her on her career path. “I came as a math major and wasn’t sure how to translate my love for mathematics with my interest in working with people,” she remembers. “I was thrilled when I was looking through the course catalog and found a concentration called ‘Urban Studies.’” That education  helped “ignite a passion for finding out what makes communities work. This question has been at the heart of my career.”

Reader Responses to Getting There