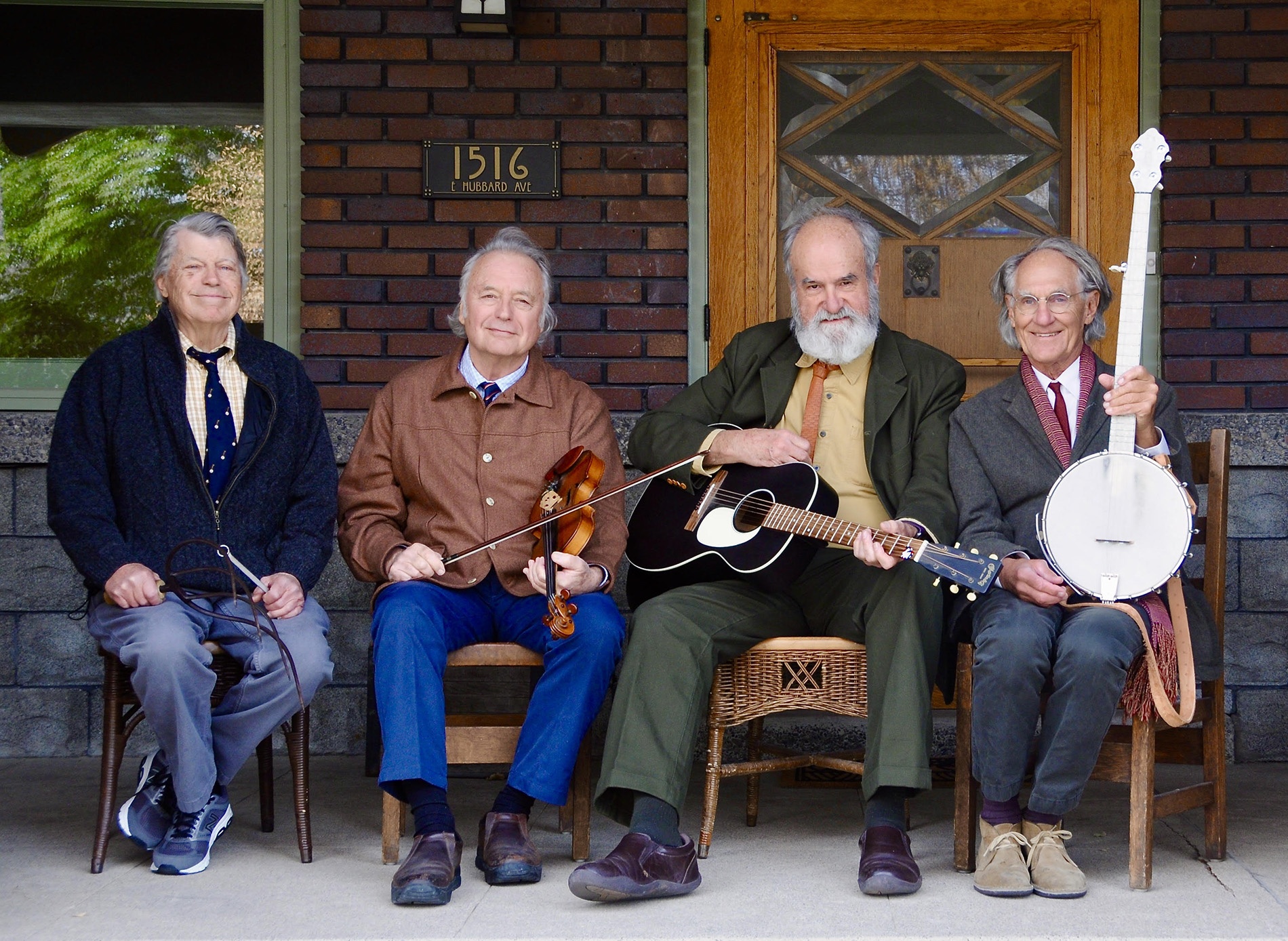 Above, left to right: Leo Coulson ’65, Charles “Skip” Gorman ’71, Hal Cannon (’72 RISD) and Tom Carter ’71 reunited last November, just 52 years after they played Spring Weekend 1969, under their student band name, the Rhode Island Mudflaps. They had all stayed in touch, and all kept playing music, so when they got together, naturally they produced an album: River Stay Away From My Door. Their string band plays old-time southern Appalachian music and used to gig on College Hill, at URI, and at dances at nearby grange halls and naval bases. Though serious about their music, Tom says, “I think we all wanted to be hillbillies, although we had no real idea what that meant.” Leo notes, “the music relieved the mental stress of studying.” Their careers, left to right: banjo maker (Leo), full-time musician (Skip), public sector folklorist (Hal), and folklore professor (Tom). Of their new album, Skip remarks: “At our age it’s not about how many CDs you can sell and how much money you can make, it’s just about the fact that we did it, we enjoyed it, and there’s a legacy there.”

Listen to the Rhode Island Mudflaps on Soundcloud

Ever True, The Arts

Reader Responses to The Sweet Sound of Reunion