One of the thornier questions environmentalists grapple with is what is the place of humans in ecosystems? One answer, inspired by John Muir, is to take them out completely, which is what early conservationists did to establish the first U.S. national parks. 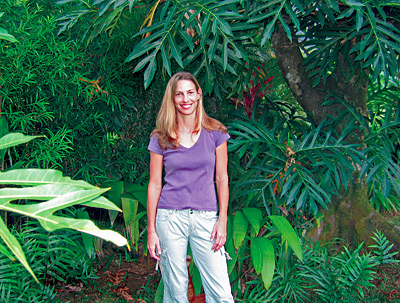 Today most ecotourism companies reflect this approach by focusing almost exclusively on the natural landscape. Ena Sroat thinks this is wrong, and her company, Hina Adventures, leads tours that put people back in nature—specifically the indigenous people of Hawaii. Hina, which is named for the Polynesian goddess of heaven and earth, operates on Oahu, Hawaii’s capital island and one of its most popular tourist destinations. Hina’s guides offer lessons on the island’s indigenous culture and its relationship with the environment. “Most ecotours do a lot of hikes and learning about the ecosystem,” Sroat says. “But ‘eco’ should also mean doing something to understand the local culture.”

On one tour, guides recite the fables and legends the Polynesians told about the stars when they arrived in Hawaii in 300 A.D., legends that enabled them to develop a complex navigation system long before Europeans thought up longitude and latitude. This system allowed Polynesians to settle islands in an area of more than 10 million square miles during a period of 2,000 years.

Hina also offers a “service-project tour,” which allows tourists to volunteer for a day of labor alongside one of the island’s many environmental groups. “We did quite a bit of research,” she says. “There’s a significant percentage of people who have traveled quite a bit and don’t want to have a trite vacation. They want to get out there and meet the locals.”

Sroat, who leads most of the company’s hiking and cultural tours, grew up in Hawaii. Her great-grandfather was a Danish sea captain. After Brown, she went to Italy, where she led walking tours of Rome and the Vatican. But she came back home, and she says, “just fell in love with Hawaii.”

She worked at an ecotourism company, where she met Uluwehi Hopkins, who is part-Hawaiian, with whom she formed Hina. Sroat says the company plans to offer local Hawaiians tours of their own country. The Americanization of Hawaii has left many natives unaware of their history and culture, she says, and many have not even visited major tourist attractions. “Unfortunately,” Sroat says, “we think a lot of tourism has commercialized Hawaiian culture. Our attempt is to expose as many people as possible to the ancient Hawaiian people.”