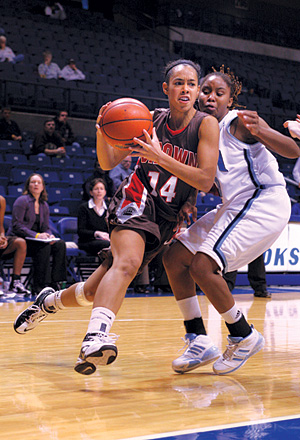 David Silverman
Victories have been rare for women’s basketball this season, despite the best efforts of athletes like guard Christina Johnson ’10, seen here during a November loss against URI. The women were 1–13 in early January. The men have fared better under second-year coach Craig Robinson with an 8–6 record heading into Ivy play. It’s only the second time in school history that the team has won at least eight non-Ivy games.
What do you think?
See what other readers are saying about this article and add your voice.