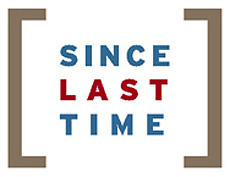 By the end of January, the Brown Bookstore will have spent $3.5 million on its first major renovation since it opened in 1970; the upgraded store will have a ground-floor café, a new outdoor façade, and an expanded customer-service desk....The National Science Foundation awarded archaeologist Katharina Galor '96 PhD and a team of engineers $2.6 million to employ computer vision and pattern recognition in the field.... On December 19 Anastasia Volovich, the Richard and Edna Salomon Assistant Professor of Physics, was among the scientists honored at the White House as Presidential Early Career Award Scientists and Engineers; Volovich's specialty is string theory and related studies in particle physics.... Among this year's American Association for the Advancement of Science fellows are five Brown professors: visual neuroscientist David Berson '75, marine ecologist Mark Bertness, brain scientist John Donoghue '79 PhD, cell biologist Susan Gerbi, and engineer Jimmy Xu.... Twenty-one recent alumni are now studying overseas on Fulbright grants; only Harvard and Yale have more.
What do you think?
See what other readers are saying about this article and add your voice.

Reader Responses to Since Last Time