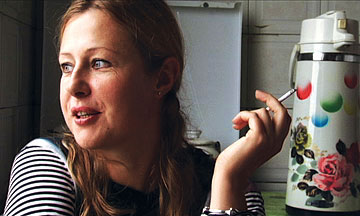 The documentary lineup at this winter's Sundance Film Festival is a testament to the scope of Brown filmmakers. Three alumni are competing for the top documentary prize. I'm Pat______Tillman, by director Amir Bar-Lev '94, follows the family of Tillman, an NFL star and decorated officer killed in friendly fire in Afghanistan, as they uncover the truth of his death and take the government to task for its coverup. My Perestroika, directed by Robin Hessman '94, tells the stories of five very different Moscow residents—the last generation to grow up behind the Iron Curtain—as they encounter a post-Soviet world. In Waiting For Superman, Davis Guggenheim '86 examines the crisis in U.S. public education. His previous documentaries include An Inconvenient Truth and this fall's It Might Get Loud.